In one corner of Baghdad’s violence, the motive is money 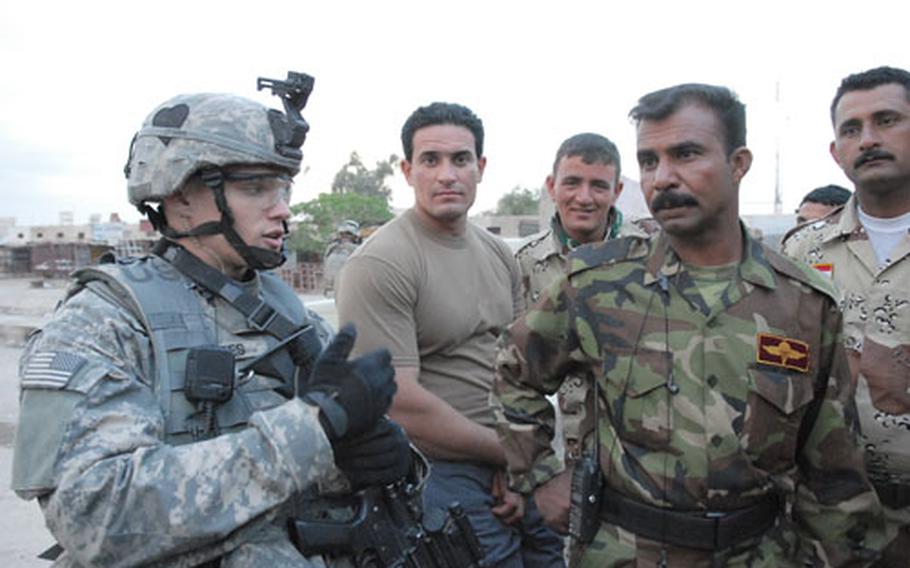 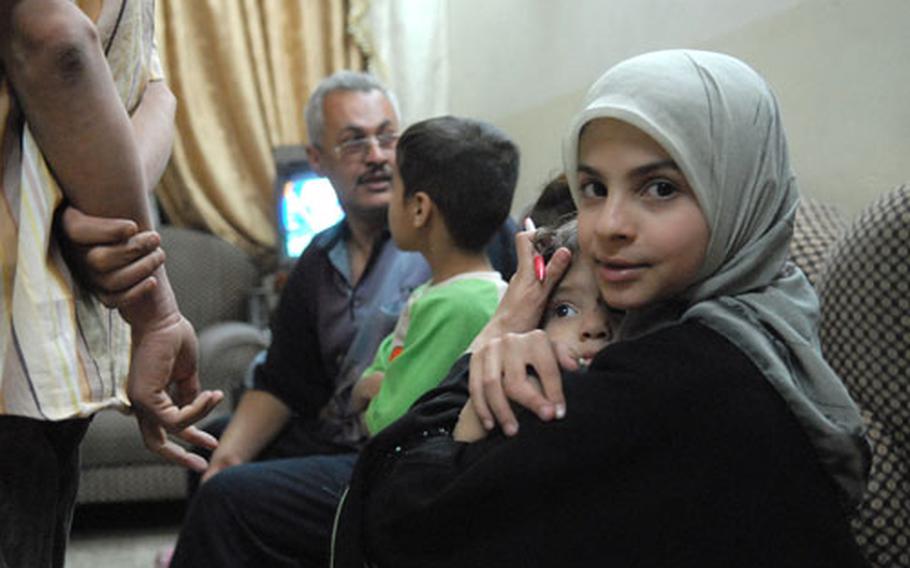 Zahara, 12, holds her younger sister while American soldiers search her home April 6 in the Hurriyah neighborhood of Baghdad. The soldiers had received a tip that someone had hidden weapons in the area, but they did not find anything. (James Warden / S&S) 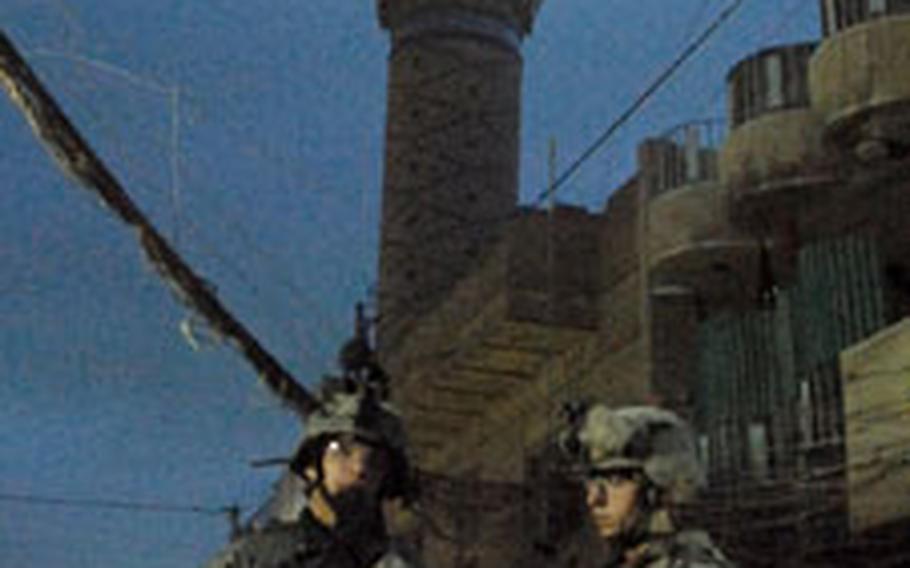 Second Lt. Chris Pees, left, a platoon leader in Company A, 1st Battalion, 502nd Infantry Regiment, confers with 20-year-old Pfc. Ryan Louviere 6 in the Hurriyah neighborhood of Baghdad on April 6 while investigating a tip that someone had hidden weapons in the area. The information did not lead to any weapons caches. (James Warden / S&S)

BAGHDAD &#8212; In a country where the motivations for violence are rarely simple, the conflict in the Hurriyah area of Baghdad is almost refreshingly straightforward.

While the area has seen its share of sectarian violence, much of the current strife comes from Shiite criminal gangs trying to shake down co-religionists who are new to the area.

The current situation has its roots in sectarian conflict, though. The border between local Shiite and Sunni neighborhoods originally lay roughly in the center of Hurriyah. Shiite groups gradually pushed the Sunnis farther and farther south until few of them remained in the area.

The displaced Sunnis left behind hundreds of vacant homes. The militants invited residents from Shiite strongholds like Sadr City to move into the empty homes, Rice said.

But the militants who control Hurriyah soon began charging the newcomers rent for the homes plus &#8220;security fees&#8221; to avoid being harassed, he said. Masked men on scooters drove around at regular intervals collecting money, which the militias then used to fund their operations.

Like rival gangs, factions inevitably started squabbling over the lucrative take, Rice said. They murdered each other and fought for control of the cash flow.

The soldiers rely heavily on psychological operations units to put out the word that no one must pay for security. But armed criminal groups go through the neighborhoods afterward to make it clear that they still have control.

The problem has its benefits as well. Energy spent fighting each other is energy directed away from Iraqi security forces.

&#8220;Their infighting gives us an opportunity to sit back a little bit and figure out who the power brokers are,&#8221; Rice said.

Shiite groups also were not able to mass and overrun Iraqi security forces in Hurriyah during the Shiite uprisings in Baghdad and Basra at the end of March.

The area saw some violence, but it was more limited than in other Shiite areas. Rice said criminal elements used the political dispute as a justification to attack Iraqi security forces and destroy their legitimacy.

The fighting may have increased their legitimacy and emboldened local residents to step forward and report the extortion, said 2nd Lt. Chris Pees, a Company A platoon leader.

While Iraqi army officers were relieved of command or court-martialed for their poor performance in neighboring Ghazaliya, for example, units in Hurriyah withstood the attacks &#8212; often on their own. For the most part, American soldiers focused on supplying the embattled Iraqi units, although individual squads and platoons occasionally sallied forth to reinforce a checkpoint.