In northeastern Iraq, they're in the market for supplies — and good will 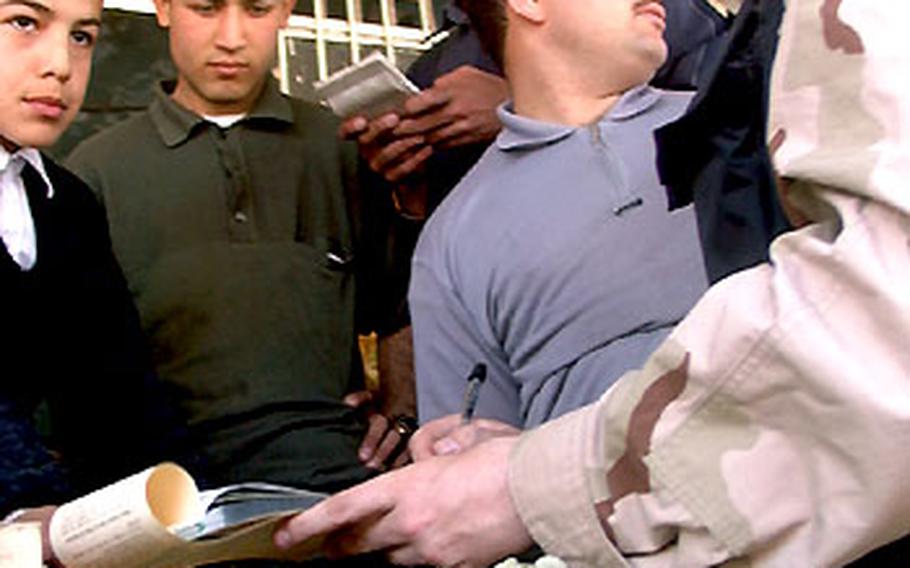 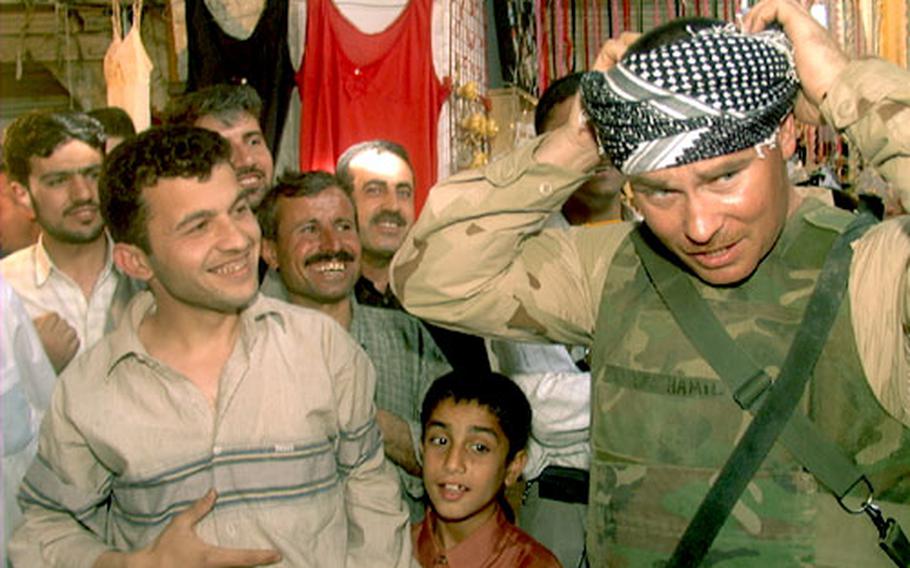 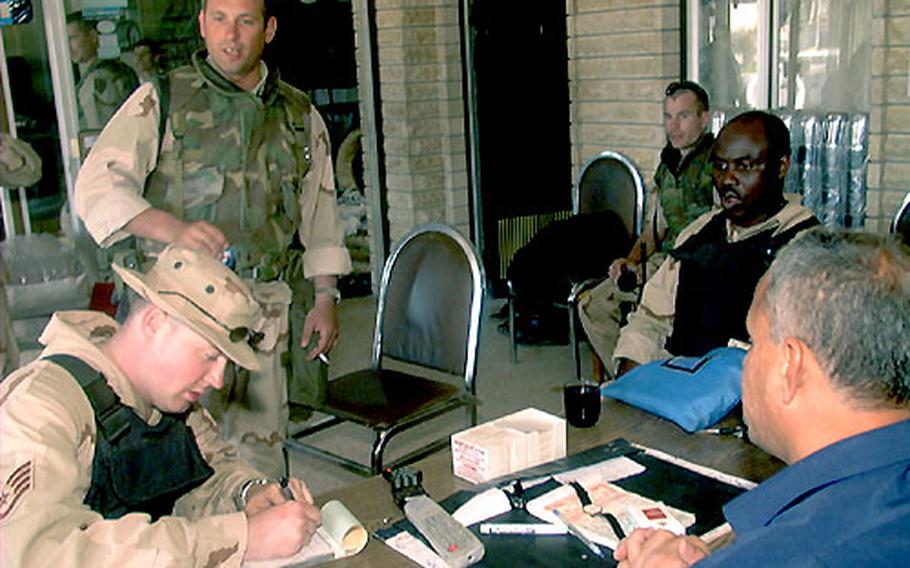 Air Force contractors purchase auto supplies from an Iraqi businessman in Irbil on Saturday. Pictured from left to right are Staff Sgt. Brent Goe, seated; Capt. Tony Principi and Tech. Sgt. Jimi Oyefeso. Standing to the right is Air Force Capt. Curt Green, a helicopter pilot for the 129th Rescue Squadron, who came in on his day off to offer additional support. (Kevin Dougherty / S&S) 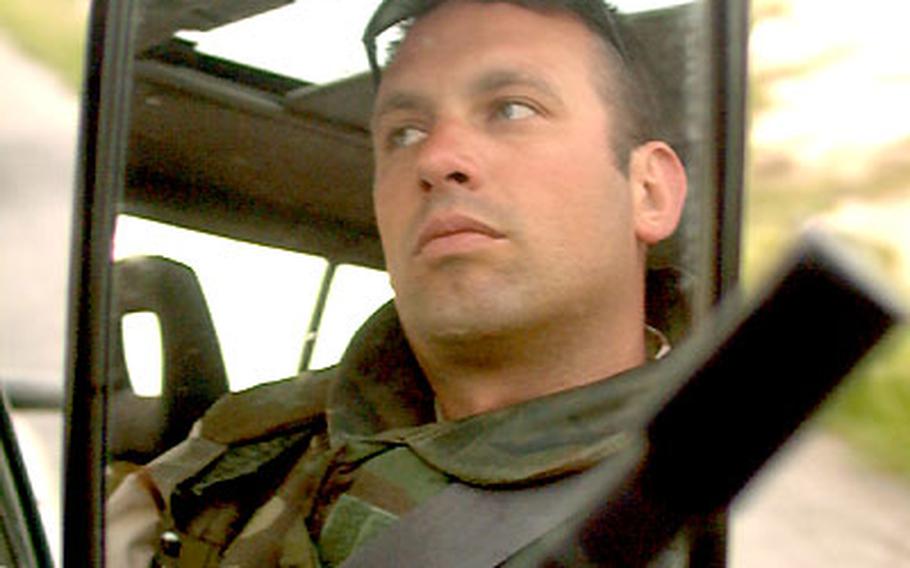 After a long day on the road, Air Force Capt. Tony Principi heads back to Bashur Airfield in northeastern Iraq. (Kevin Dougherty / S&S)

IRBIL, Iraq &#8212; No one would mistake Tony Principi for an Iraqi Kurd.

But Principi is getting to know the Kurdish-controlled city of Irbil pretty well.

For a week, the San Diego native and a contractor and finance officer have been venturing into the city to buy supplies for the group at Bashur airfield in northeastern Iraq. A week ago, on their first trip, the locals greeted them with cheers and flowers.

The run he is on now is half morale, half mission. His shopping list includes fruit, soft drinks and paper towels. It also includes practical products, such as computer accessories and trash cans.

What&#8217;s of primary concern at this moment is finding an auto parts store, where he had earlier placed an order for oil, grease and anti-freeze for the vehicles and equipment at Bashur, about an hour away.

All of the items could be flown in on one of the many cargo planes landing daily at Bashur. But that isn&#8217;t always practical.

These excursions also allow him, on behalf of Uncle Sam and the Air Force, to pump a little money into the local economy. More importantly, they demonstrate to the people of Irbil and others in the region a degree of trust and good will.

They are along to purchase unleaded fuel for all-terrain and utility vehicles.

Principi&#8217;s vehicle is leading the way through the streets of Irbil. His memory doesn&#8217;t fail him. The 29-year-old spots a couple of landmarks and soon the convoy pulls up in front of Burea Middle East, the auto parts store.

Like at three previous stops in and around the town of Sallahadin, halfway between Bashur and Irbil, the sight of U.S. troops is magnetic. Boys sporting T-shirts and old men in headscarves and working prayer beads seemingly appear out of nowhere. They smile and stare, enthralled at the presence of Americans.

That characterization was made back in Salah ad Din. Half an hour later, as if on cue, a man on a brown horse comes riding by in a celebratory mood.

At the auto store in Irbil, Air Force Tech. Sgt. Jimi Oyefeso and Staff Sgt. Brent Goe seal the deal, which is reached using hand gestures and a pocket calculator.

To date, the Air Force contracting team has spent roughly $14,000 on supplies. The total bill for this trip runs about $630.

As Oyefeso and Goe conclude their transaction with Mosleh Ismail Ahmed, part owner of the auto parts store, Ator Binyamin Sharwin steps into the office. A former U.N. local hire, he speaks to the troops in English.

Arab as well as Iraqi people &#8220;should thank America and pray for America,&#8221; Sharwin says. The United States and Great Britain have saved this country &#8220;from that bloody guy in Baghdad.&#8221;

&#8212; Kevin Dougherty is embedded with the Air Force at Bashur airfield.