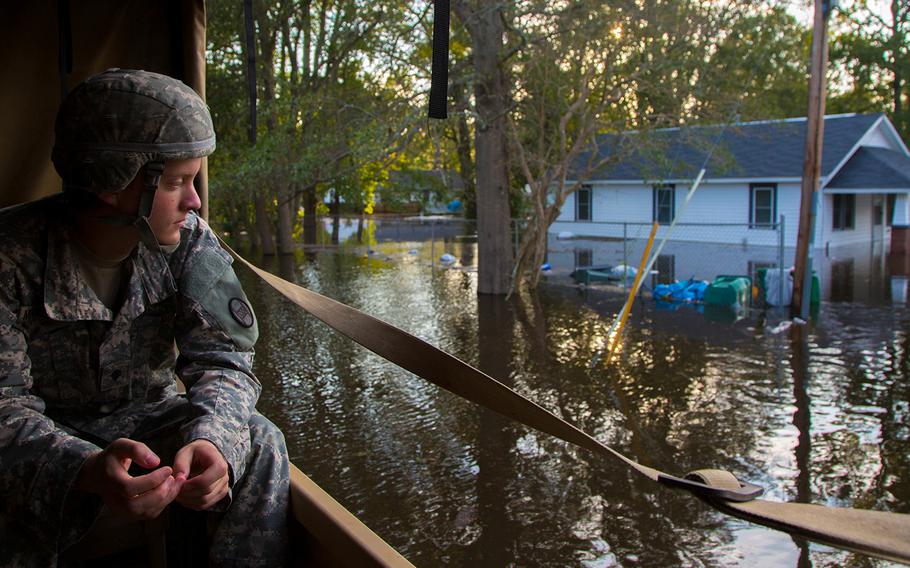 WASHINGTON — Two Department of Veterans Affairs facilities in southeastern North Carolina will remain closed until next week due to the catastrophic flooding that continues to cripple the area days after Hurricane Florence first made landfall.

Though most of the VA facilities affected by the storm were reopened by Tuesday, a health care center in Wilmington and outpatient clinic in Morehead City are expected to remain closed until Sept. 24. The southeastern coast of North Carolina was most affected by Florence, which brought more than 2 feet of rain in some areas and caused widespread power outages and closed roads. The Associated Press reported the storm was to blame for at least 32 deaths.

As of Tuesday, the rain had stopped, but flooding continued. In addition to the facilities in Wilmington and Morehead City, three clinics and two veteran counseling centers located elsewhere in the state were closed, and the VA said it was uncertain when they would reopen.

“Due to Hurricane Florence, some of our outpatient clinics are closed with reopening dates [to be determined], based on factors like weather, road and facility condition as well as water and utility availability,” the Fayetteville VA Medical Center wrote in a statement.

The flooding also caused the agency to close two national cemeteries in North Carolina -- one in Wilmington and the other in New Bern, where 4,300 homes were damaged by floodwaters.

“When it is safe and possible to do so, we will assess whether conditions are safe enough to reopen to visitors,” the National Cemetery Administration, part of the VA, wrote in a statement Tuesday.

In preparation for the storm last week, the VA closed 18 clinics across Virginia and North and South Carolina. The agency also evacuated the Hampton VA Medical Center in Virginia. Veterans from Hampton were bused to Martinsburg, W.Va., Salem and Richmond, Va., and Salisbury and Durham, N.C.

All affected clinics and veteran centers in Virginia and South Carolina were reopened as of Tuesday, and 170 of the 210 veterans evacuated from Hampton had returned there. Some of the Hampton veterans remained in Salisbury and Durham, cut off from Virginia because of road closures. They were expected to return either late Tuesday or Wednesday.

The VA first predicted Florence would affect more than 740,000 veterans in the three-state area who were enrolled in VA health care services. A new estimate Tuesday determined the number was closer to 640,000 veterans.

The VA is encouraging veterans with questions to call the Veteran Disaster Hotline at 1-800-507-4571.