In new book, McCain warns of end to era of 'American-led world order' 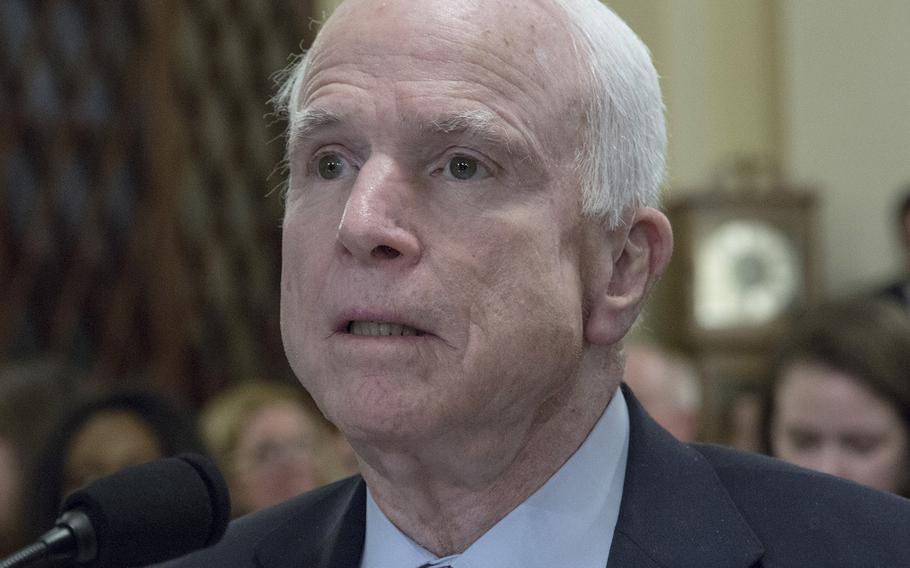 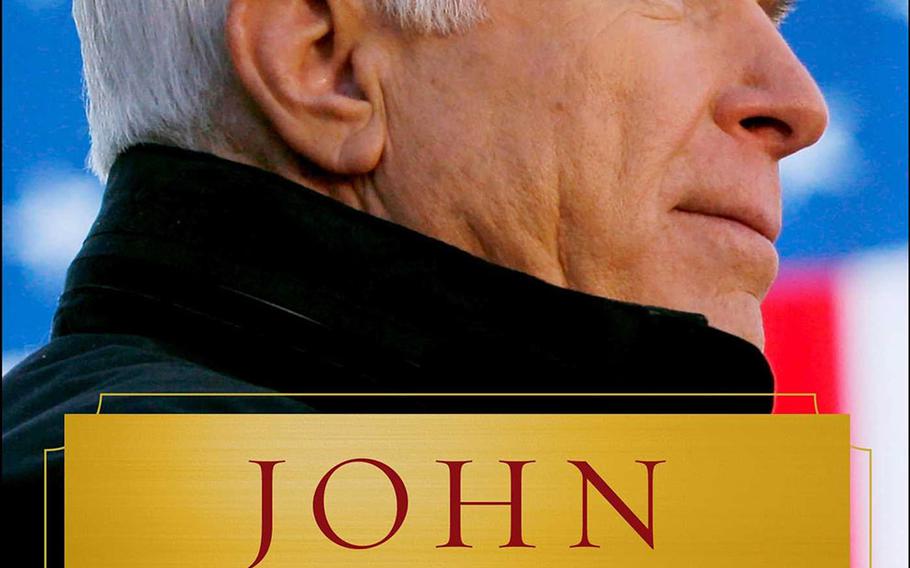 McCain, the longtime Arizona Republican and powerful chairman of the Senate Armed Services Committee, said he spent a large chunk of that 30-minute visit pointing out all of Obama’s policy failures.

McCain, who left Washington in December to battle brain cancer, worries those failures have been exacerbated under President Donald Trump’s administration, signaling a potential end to America’s leadership on the world stage.

“I still believe [Obama’s] approach to world leadership, however thoughtful and well-intentioned, was negligent, and encouraged our allies to find ways to live without us, and our adversaries to try and fill the vacuums that our negligence created,” McCain wrote in his forthcoming book “The Restless Wave” due out later this month. “And those trends continue in reaction to the thoughtless America First ideology of his successor.”

McCain’s “The Restless Wave” coalesces a series of poignant and striking warnings of the perils facing the United States, from Russian aggression worldwide to an escalated American divide and partisanship fights to isolationist efforts and racism. It could be his last tome: McCain, 81, is in his 10th month of battling glioblastoma, an aggressive brain cancer.

The father of seven also confirms receiving a copy of the so-called “Steele dossier” on Trump as early as November 2016 and turning it over to the FBI. Unlike with Obama, McCain’s relationship with Trump remains contentious.

“I’m not sure what to make of President Trump’s convictions,” McCain wrote from his Arizona home. “He threatened to deliberately kill the spouses and children of terrorists, implying that an atrocity of that magnitude would show the world America’s toughness. His lack of empathy for refugees, innocent, persecuted, desperate men, women and children, is disturbing.”

The former Vietnam prisoner of war also recollects his long adversarial relationship with Russian President Vladimir Putin. After more than 30 years in Congress, he also acknowledges that his current Senate term is his last.

McCain also expresses regret for picking former Alaska Gov. Sarah Palin as his running mate in the 2008 election instead of Joe Lieberman, his longtime friend and former independent senator from Connecticut. He laments what he might not do again, such as visit troops in Afghanistan. He expresses admiration for Obama, George W. Bush and Hillary Clinton.

McCain writes about a deep friendship with the late Sen. Ted Kennedy, D-Mass., who tried to convince McCain to switch parties, failed efforts to protect immigrants and suggests the Republican party has gone awry with Hispanic voters. He also expresses a theme of gratitude for living a life larger than he envisioned.

“I’ve been given more years than many, and had enough narrow escapes along the way to make me appreciate them, not just in memory, but while I lived them,” McCain wrote. “Many an old geezer like me reaches his last years wishing he had lived more in the moment, had savored his last days as they happened. Not me, friends. Not me. I have loved my life. All of it.”

In his meeting with Obama, McCain said he couldn’t convince his 2008 presidential opponent of his array of mistakes. Much of the conversation centered on Syria, and Obama believed much of his policy efforts were driven by sound, necessary decisions, McCain said.

The senator said he respected the sincerity of Obama’s convictions, but the damage could be done.

“I hope not, it certainly isn’t too late to reverse that direction,” he wrote. “But my time in that fight has concluded. I’ve nothing but hope left to invest in the work of others to make the future better than the past.”