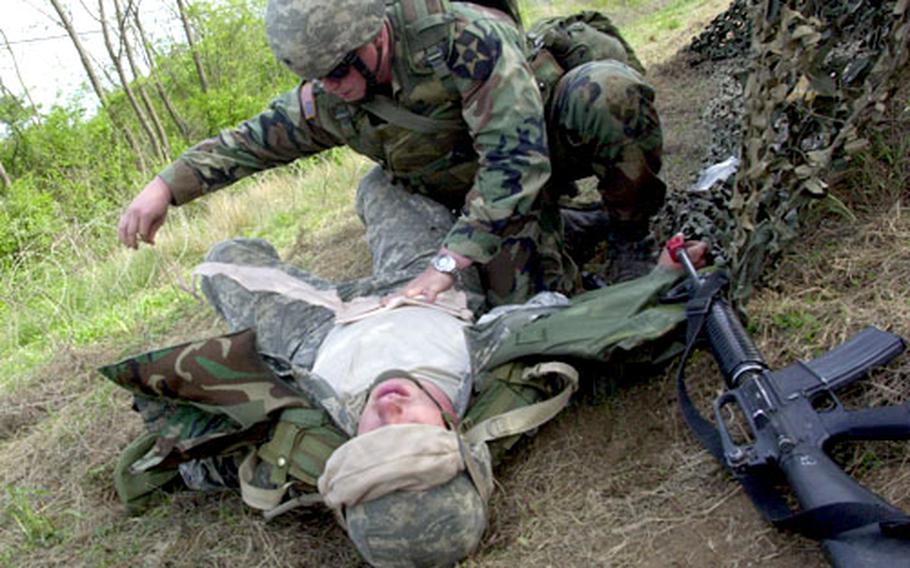 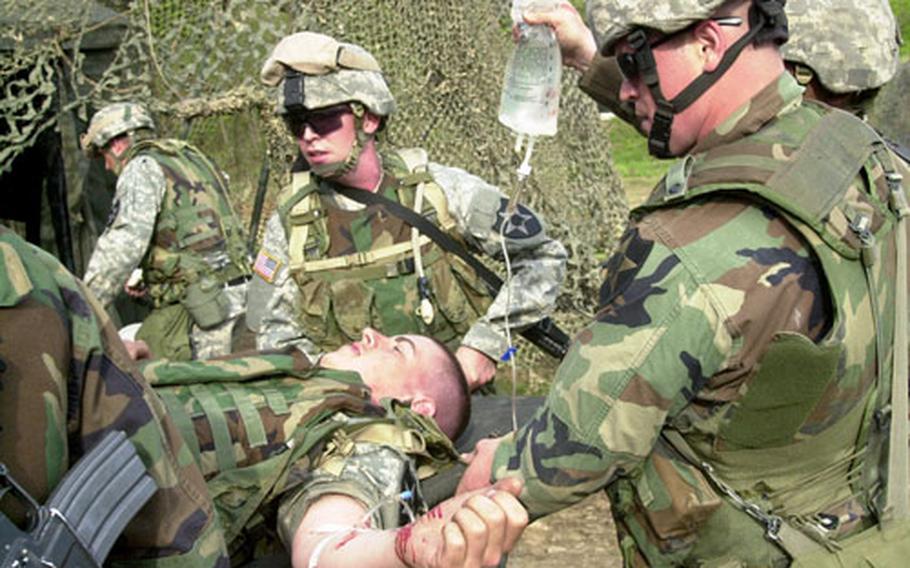 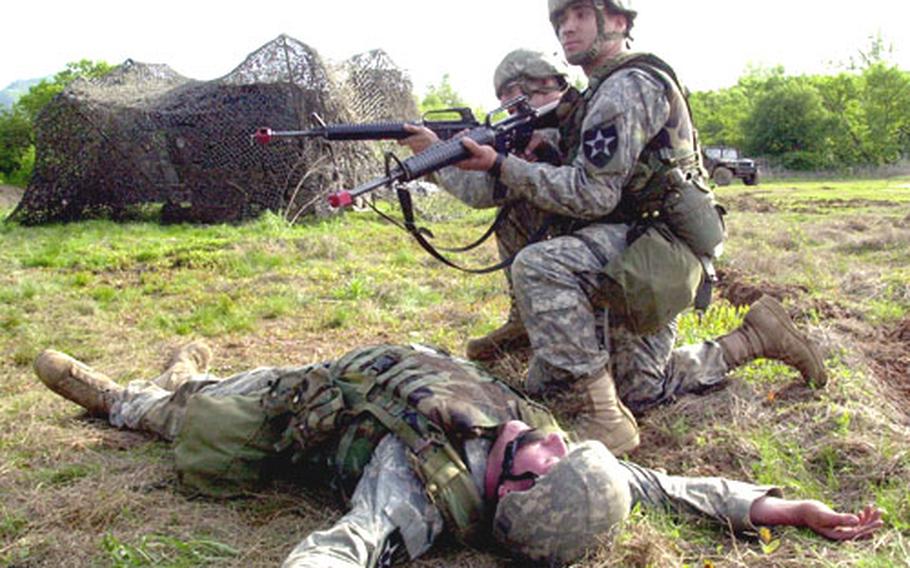 YONCHEON, South Korea &#8212; Waiting and boredom sometimes are as much a part of war as guns and ammunition.

By Thursday, some 150 soldiers from the 2nd Infantry Division&#8217;s 1st Battalion, 38th Field Artillery had waited a long time at their field positions in remote parts of Area I. They had worked in 12-hour shifts, while some officers said they had been awake for almost 36 hours.

Only the brigade staff knew when the war simulation would begin.

At 5 p.m. Thursday, evaluators signaled an incoming mortar round at Charlie Battery&#8217;s tactical operation center. Four soldiers fell wounded while their fellow soldiers grabbed their weapons and ran to their duty station.

Parrish examined two soldiers who were labeled killed in action, then attended to a soldier with a chest wound. Then the exercise took on added authenticity for him: After he dressed the wound, he was instructed to insert a real needle attached to an IV bag into the &#8220;wounded&#8221; soldier&#8217;s arm.

Parrish was the only medic assigned to dozens of soldiers at the Charlie battery tactical operations center site; soldiers with combat lifesaver training helped tend casualties while other soldiers circled the bushy perimeter and guarded the gate.

Sgt. Ryan Hayes said the attack surprised him only in that he expected worse, including a ground-troop assault. With two days of fighting left, there still was a good chance he would see the opposing force, which roamed the mountainside wearing inside-out battle dress uniforms.

To lend authenticity to the war simulation, the 43rd Air Defense Artillery also took part in the exercise.

At the exercise&#8217;s conclusion, the 1-38 soldiers will be evaluated according to their specialties and individual performance. To earn top marks, the soldiers not only must react quickly during firefights but must communicate well with headquarters and integrate new soldiers into their unit as the situations change.

Despite the long period in which soldiers could only wait, Charlie battery&#8217;s soldiers reacted quickly to the opening skirmish on Thursday, said 2nd Lt. Scott Dickson.