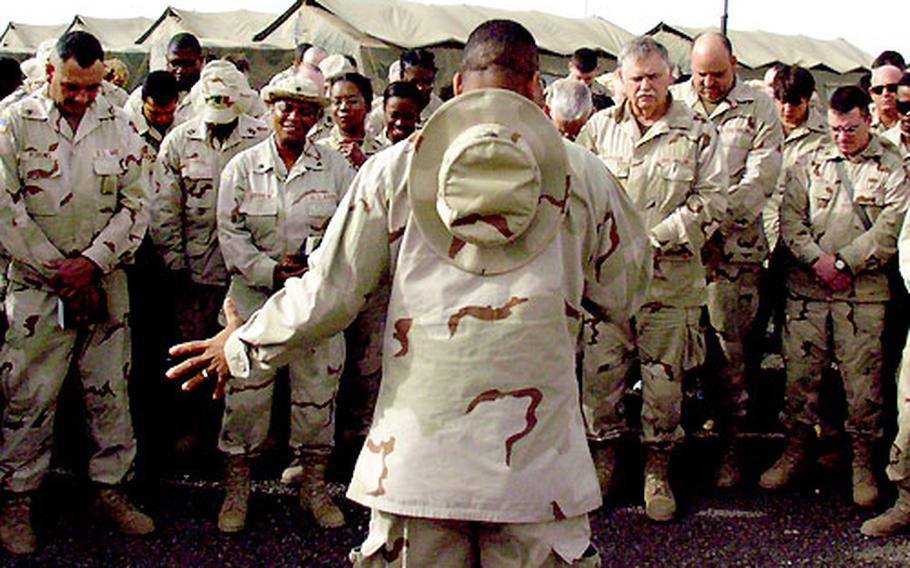 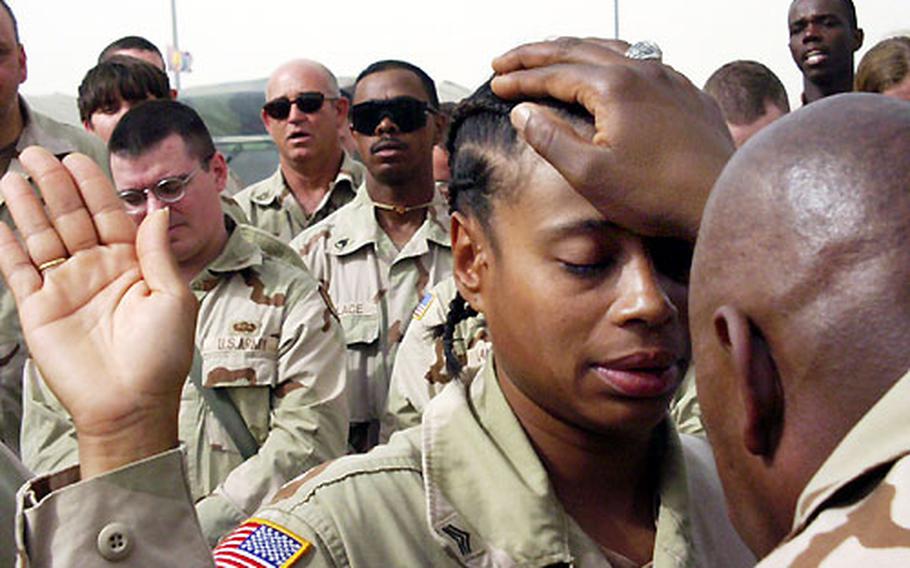 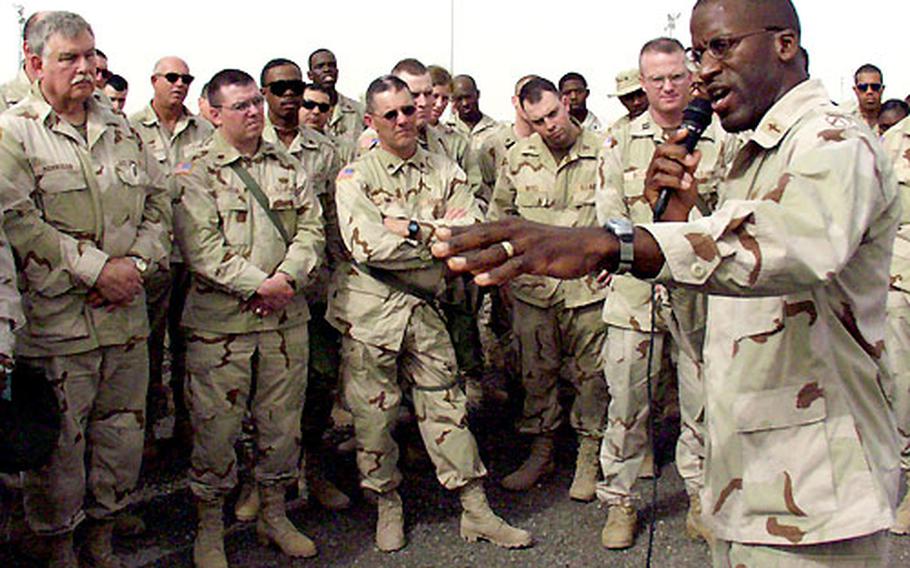 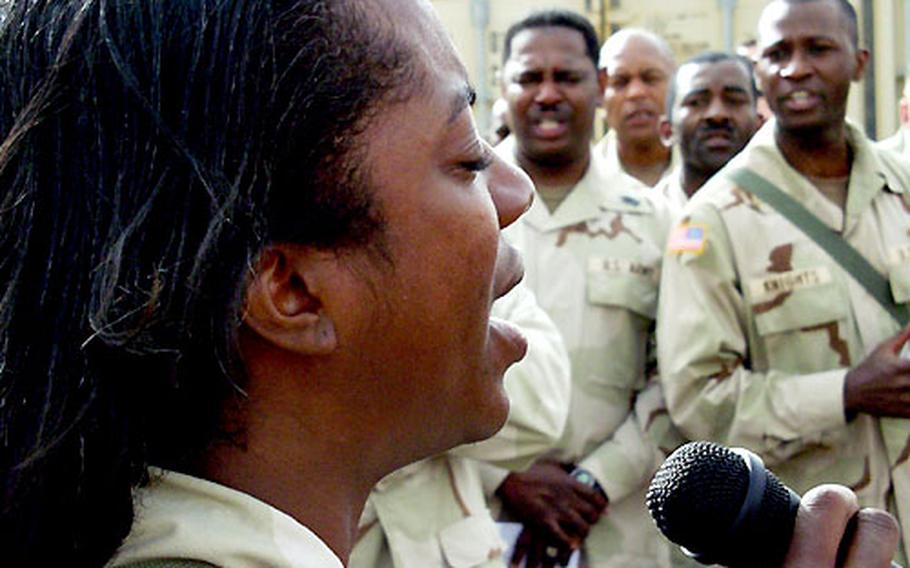 CAMP ARIFJAN, Kuwait &#8212; Forecasters predicted temperatures near 100 degrees and moderate dust storms, but the 200 or so troops gathered outside the chaplain&#8217;s tent Sunday morning ignored the discomfort of the elements.

They chose to rejoice with song and prayer in the resurrection of Jesus Christ, celebrated in an early-morning Easter service at the sprawling dust-ridden base in southern Kuwait.

&#8220;We are soldiers and we are not scared to fight,&#8221; Army Capt. (Chaplain) Antonio Magwood said during the service.

The roughly 30 chaplains at Camp Arifjan held five Easter services, starting with the sunrise service and concluding with a contemporary service Sunday evening.

&#8220;There will be something for everyone,&#8221; Army Capt. (Chaplain) Scott Kennedy, a non-denominational charismatic preacher, said following the day&#8217;s first service.

In addition, Seder services were held Friday and Saturday for Jewish military personnel. The weekend marked the middle of Passover, the weeklong Jewish commemoration of the deliverance of the ancient Hebrews from slavery in Egypt.

Kennedy expected several hundred soldiers to attend Sunday afternoon&#8217;s gospel service, where some troops were to be baptized.

There are about 15,000 servicemembers at Arifjan, which is primarily a logistics base, but also serves as a way station for soldiers waiting to link up with equipment and move north into Iraq.

The sunrise service was a mix of styles with an impromptu choir, a single electronic keyboard and various chaplains who recited passages from the New Testament, led prayers or sang.

Some soldiers silently prayed, while others raised both arms and swayed to the rhythmic sermon.

About a quarter of the soldiers had gas masks strapped to their hips; another quarter carried Bibles.

Several soldiers, their faces streaked with tears, came forward when Magwood asked them to take Jesus as their personal savior.

Army Sgt. Tiffany Finn was there because she said she needs God&#8217;s inspiration sometimes to get through her assignment with the 800th Military Police Battalion.

Finn, an administration clerk, said she tries to attend a weekly Bible study class and most Sunday services, which are usually held inside a tent.

Army Sgt. Nicole Latta, also with the 800th, attended because, she said, Easter Sunday in the desert makes one reflect on his or her own purpose in life.

Kennedy said long deployments allow military personnel to set priorities and, although that may not involve spiritual matters, it often does.

Except for the job, he said, there are few distractions for deployed soldiers.

That discovery can be a reaffirmed love for a spouse and family, a decision regarding a career or educational goal, or a renewed interest in spiritual beliefs, he said.

Magwood addressed the soldiers in the patterned cadence of a Southern preacher, his voice rising with each repetition of the name &#8220;Jesus.&#8221;

As he spoke, other soldiers stopped to join the growing crowd.