In Kuwait, truck rodeo breaks up the wait 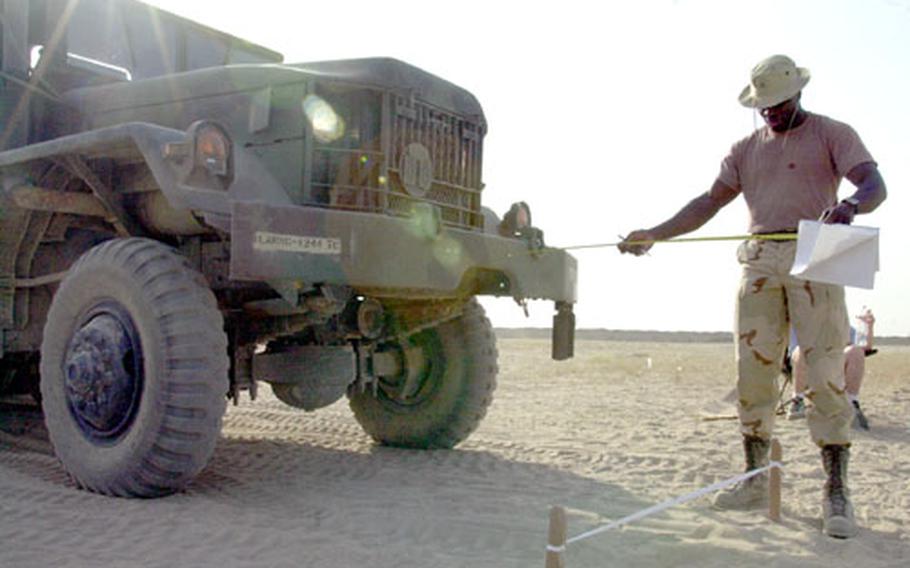 Sgt. Benjamin Watkins, 34, of Chicago, measures how close a truck driver stops to a strip of engineer tape at a truck rodeo held at Camp Arifjan, Kuwait. (Rick Scavetta / S&S)

Sgt. Benjamin Watkins, 34, of Chicago, measures how close a truck driver stops to a strip of engineer tape at a truck rodeo held at Camp Arifjan, Kuwait. (Rick Scavetta / S&S) 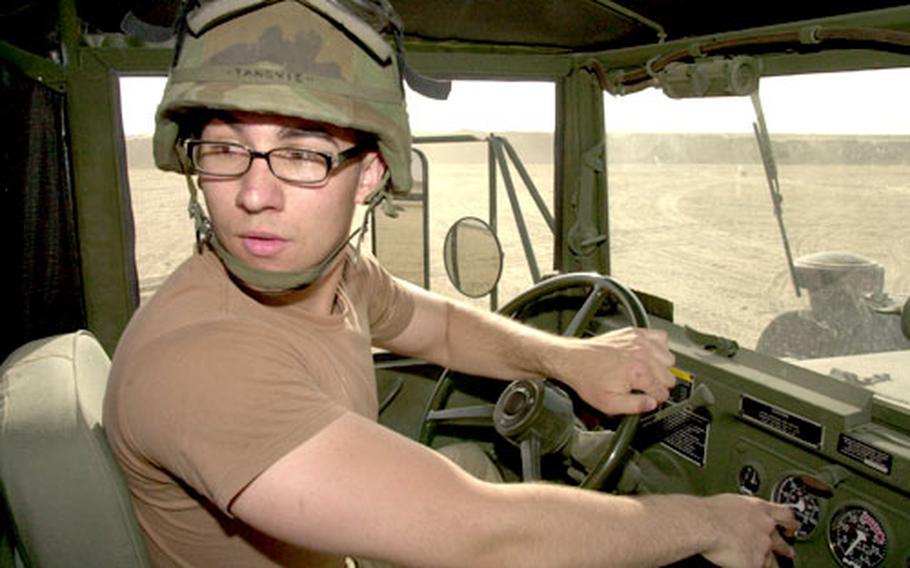 Spc. Seid Tanovic, 20, a native of Bosnia and Herzegovina, backs up his M818 five-ton truck during a recent truck rodeo. (Rick Scavetta / S&S) 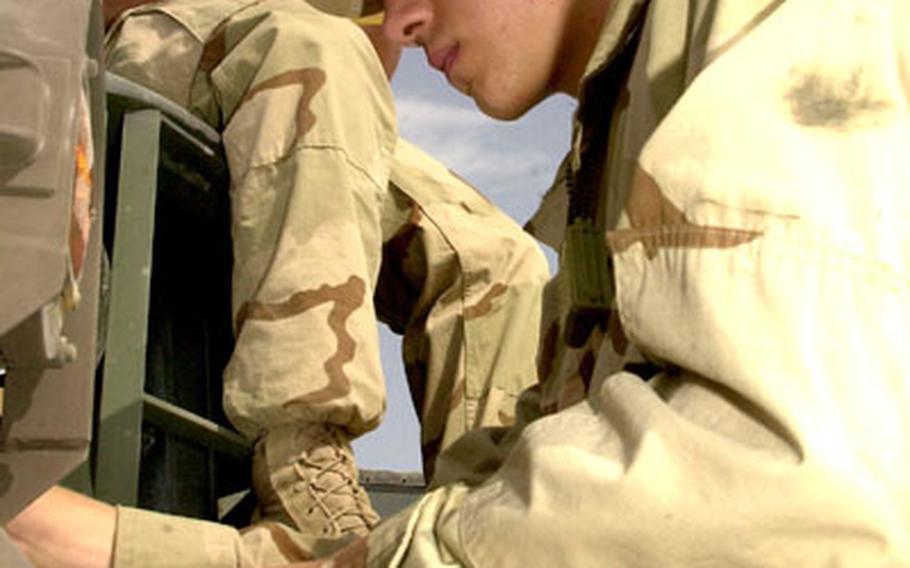 CAMP ARIFJAN, Kuwait &#8212; Clouds of sand billowed into Spc. Seid Tanovic&#8217;s truck cab as he jammed the gear shifter into reverse and began backing through a slalom course.

Tanovic, 20, a University of Illinois business major born in Sarajevo, Bosnia and Herzegovina, relied only on his side mirrors and intuition as his M818 five-ton truck chugged backward, pushing its flatbed trailer.

To kill some time last weekend, Illinois National Guard truckers held a truck rodeo, a six-event competition testing their skills. Troops from the 1244th Transportation Company are waiting on some of their equipment to arrive at the nearby port before they head north to Iraq.

&#8220;The rodeo gives the soldiers a chance to test their driver&#8217;s training,&#8221; said Staff Sgt. Thomas Curtis, 40, of Plainfield, Ill., a professional truck driver who staged the competition.

The drivers were first judged on routine maintenance checks. Then, they got behind the wheel and shifted into reverse. Three tests challenged the drivers: backing up in a straight line, backing up around a 90-degree turn and the reverse slalom. They also practiced precision stopping and tested their parking skills.

The exercises will help soon when the soldiers face difficult maneuvers and hazards such as pedestrians in the roadway, Curtis said.

Backing around a corner was one of the more difficult tasks, said Spc. Michael Gomez, 24, of Chicago, who was taking part in his first rodeo.

The competition took place Sunday afternoon among hundreds of trucks awaiting movement at Camp Arifjan, a U.S. Army base camp about 25 miles south of Kuwait City.

Although Tanovic lost some points for incorrectly backing around the tires, his fellow troops considered him one of the better drivers in the company.

Earlier in the competition, Tanovic joked with teammates Spc. Erik Voirin and Spc. Jeff Tirebold as they filled out their maintenance paperwork.

The troops said the rodeo was a fun break from the mundane. And already their deployment-induced amnesia had begun.