In Japan, Valentine’s Day is just a little different 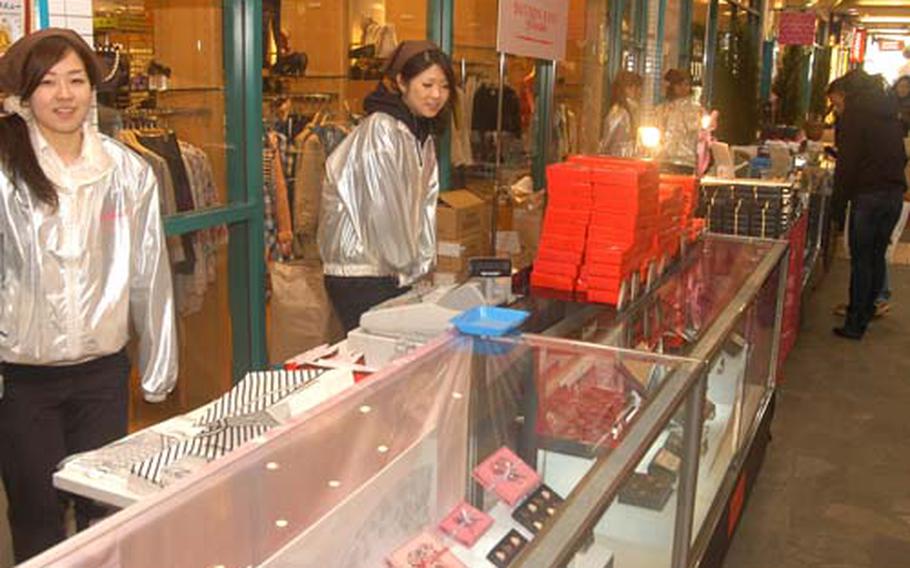 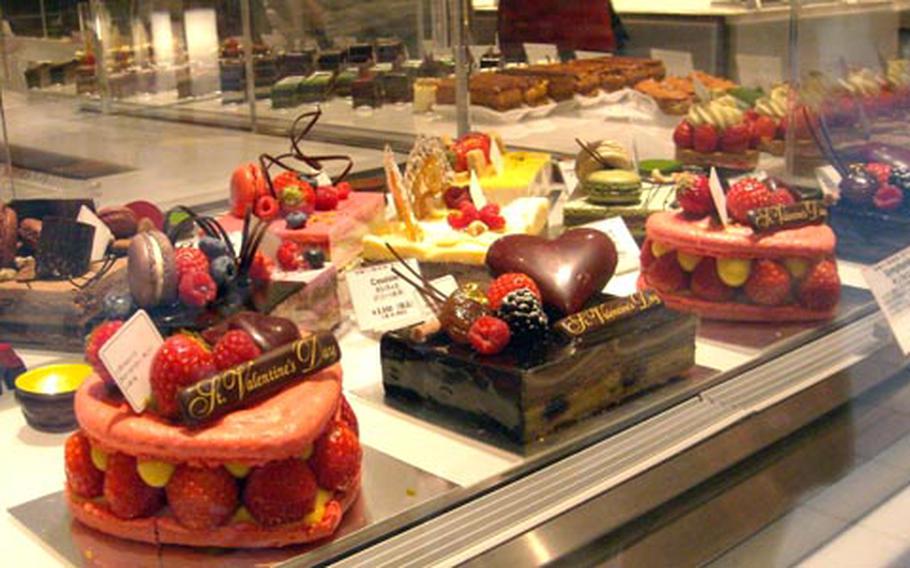 A store clerk describes Valentine&#39;s Day chocolates to a customer at a shop in Tokyo&#39;s Midtown on Thursday. (Hana Kusumoto / S&S)

While many American men fret over what on Earth will make their American girlfriends and wives happy on Valentine&#8217;s Day, men with Japanese girlfriends are decidedly more relaxed.

The woman buys the man chocolates and might even take him out on the town that night.

"It&#8217;s the way it should work," said a smiling Petty Officer 1st Class Craig Elstak of Brooklyn, N.Y., at Yokosuka Naval Base on Thursday. "I&#8217;m already set for this weekend. I&#8217;m ready to be taken out and treated like a Japanese man."

But Elstak, who has been in Japan for about two years, knows there is a flip side.

Japan also has White Day on March 14, when the man is expected to give the woman cookies and candy.

For the Japanese, Valentine&#8217;s Day can be part of the country&#8217;s seemingly endless gift-giving obligations.

Japanese women are expected to buy chocolates for their boyfriends, but in many cases they&#8217;re also supposed to give chocolates to men they work with &#8212; even married men and men they don&#8217;t particularly like.

That&#8217;s why some women said they were happy that Valentine&#8217;s Day is on a Saturday this year &#8212; it relieves them of some work obligations and allows them to spend more on their friends and boyfriends.

"I plan to give [chocolate] to my boyfriend," said 21-year-old college student Mio Takahashi in Tokyo&#8217;s Shibuya neighborhood, where women crowded at department store booths displaying many colorfully wrapped boxes of Valentine&#8217;s chocolates.

Takahashi said the American way of pampering women on Valentine&#8217;s Day didn&#8217;t sound so bad either.

"If someone will give me [presents], I want it," she said.

"Most likely, I would still buy a woman a gift on Valentine&#8217;s Day," said Seaman Charles Hamilton of White Settlement, Texas, who arrived in Japan less than a week ago.

Japanese women who receive an unexpected romantic gesture from an American they like will probably appreciate it, he said.

The key is to mix the gesture with a respect for Japanese humility, Elstak said.

"You get serious points" for being humble, Elstak said. "Do what your mom taught you, what your dad taught you, and you&#8217;re straight."