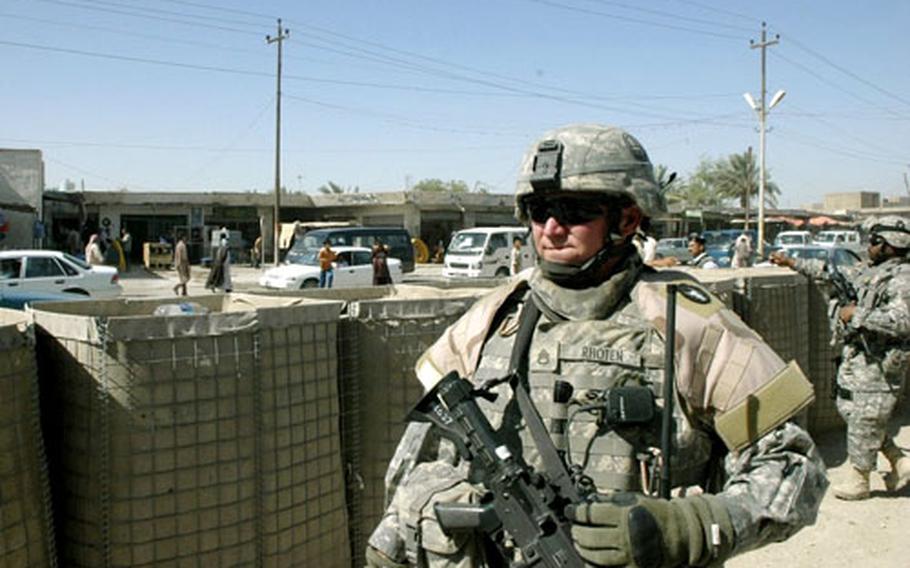 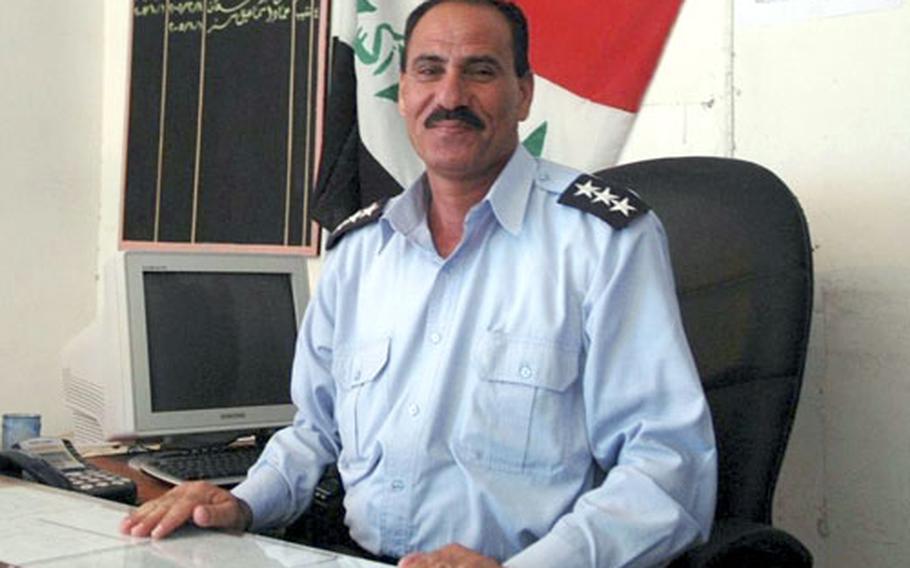 Fortunately for the men of Rhoten&#8217;s unit, Battery A, 1st Battalion, 125th Regiment Field Artillery, a Kansas-based unit attached to the Minnesota Army National Guard, their three months in this Shiite-heavy area of southern Iraq has yielded little worse than killer looks.

American Army officials believe much of the area is under the thrall of Jeish al-Mahdi, or the Mahdi militia, al-Sadr&#8217;s military arm.

The locals&#8217; hard-line Shiite sympathies are not hard to spot: Posters from 555, al-Sadr&#8217;s political slate during the December election, still plaster Asham Ali, a town of 40,000 people near Diwaniyah that military officials say harbors the illegal militia.

However, for Rhoten, who leads regular patrols of the area, belief isn&#8217;t enough.

He predicted that al-Sadr&#8217;s quest for power will face little resistance from local law enforcement.

When asked if he thought the anti-Sunni sentiment would dissolve over time, he answered with an emphatic no.

In the Asham Ali police station, police Capt. Sallim, 40, disputed that the area is troubled.

&#8220;Just little problems, no big problems,&#8221; he said, after professing to know little about the slayings of a local man and his wife who were stopped on their way to a wedding and shot in broad daylight in front of their daughters. According to U.S. military officials, the couple&#8217;s 3-year-old daughter was shot in the foot. Iraqi police have detained four men in the crime.

Like his colleagues, Sallim said any crime in the area was being perpetrated by outsiders.

After refusing three times to answer why he thought the townspeople reacted angrily to American presence, Sallim protested.

As Sallim was talking, however, an American soldier standing guard outside the police station fell victim to a most unusual crime: a drive-by fruiting.

The offending tomato, hurled from a passing car, hit Spc. Randon Smith&#8217;s left boot, bounced up and smacked him in the shin.

On the ride back to Camp Scania, Rhoten chuckled at Sallim&#8217;s assessment that the Americans were welcome in the town.