In Iraq, servicemembers' focus is on day-to-day duties, not politics 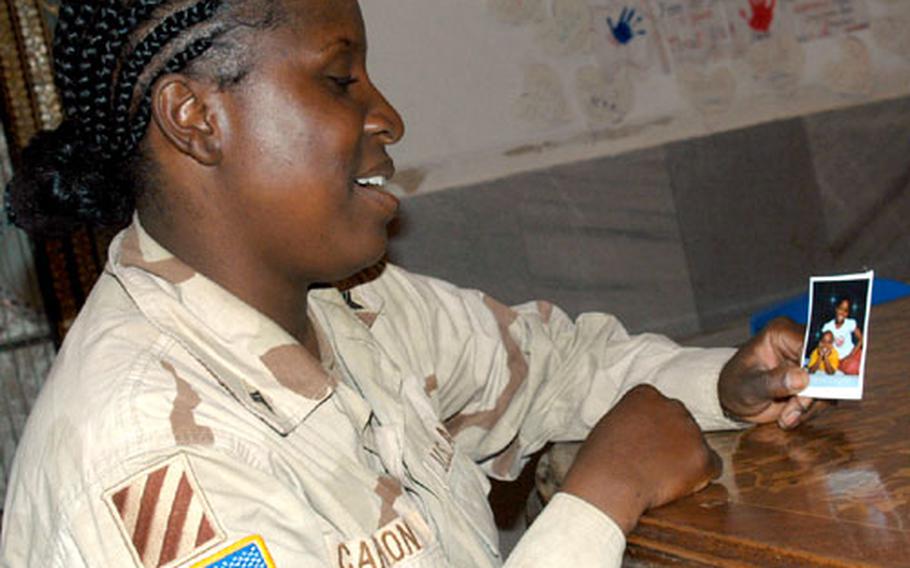 Sgt. Tedrian Carlton, 34, of Hinesville, Ga., shows a picture of her children Friday night as she talks about what motivates her to continue to serve in the Army. (Teri Weaver / S&S)

Sgt. Tedrian Carlton, 34, of Hinesville, Ga., shows a picture of her children Friday night as she talks about what motivates her to continue to serve in the Army. (Teri Weaver / S&S) 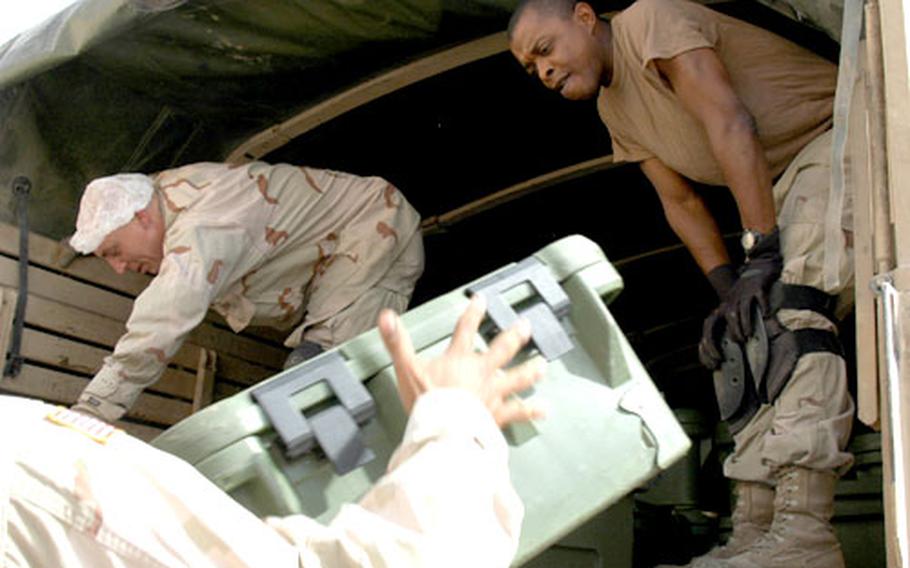 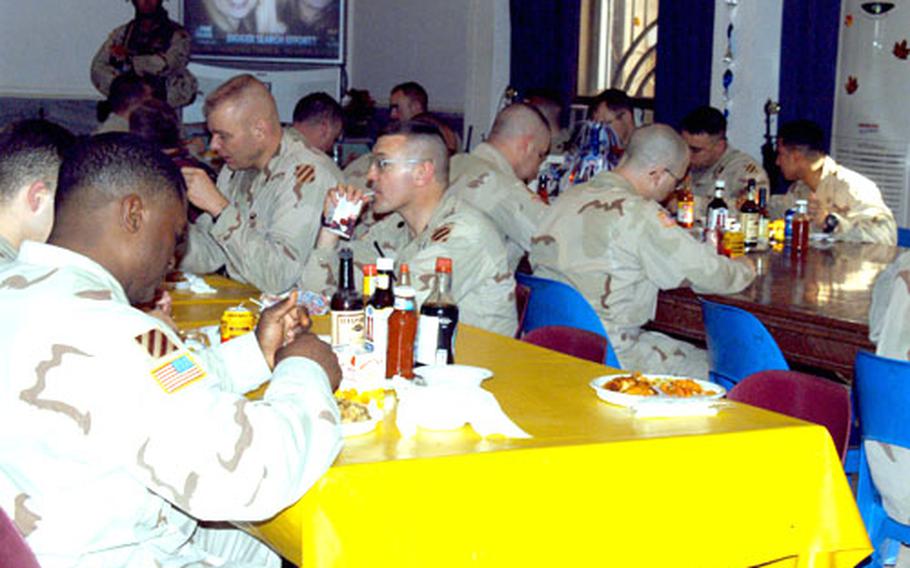 Soldiers with the 1st Brigade Combat Team of the 3rd Infantry Division eat dinner Friday night at Camp Dagger. A unit of a dozen soldiers works from 4:30 a.m. to 8:30 p.m. each day to truck in breakfast, lunch and dinner to Dagger, a smaller camp without a full kitchen. Some of the soldiers on the food crew said this week they expect to be deployed to Iraq repeatedly in the coming years. (Teri Weaver / S&S)

FORWARD OPERATING BASE DAGGER, Iraq &#8212; As more and more Americans seek a timeline explaining their country&#8217;s withdrawal from Iraq, Staff Sgt. Angela Williams thinks she knows what the next few years look like for her.

The 35-year-old from Greenwood, S.C., is on her second Iraq deployment in the past three years. She thinks she&#8217;ll be back in Iraq before she retires from the Army in six years.

&#8220;I expect if not once, at least twice,&#8221; she said as she swept the mess hall kitchen of FOB Dagger, home to the leadership of the 1st Brigade Combat Team, 3rd Infantry Division.

Back home, people are growing anxious about that high price. Since the March 2003 invasion, 1,740 servicemembers have died and 13,190 have been wounded, according to the Pentagon&#8217;s latest report.

More than half of Americans say the war in Iraq was a mistake and that Washington should set a timetable for removing troops, according to a poll last week by Gallup for USA Today and CNN.

The poll said about a third of Americans say they think the United States and its allies are winning the war against insurgents in Iraq, the lowest level of support recorded by Gallup. At the same time, a Washington Post-ABC News poll found a solid majority of Americans believe U.S. troops should stay until civil order is restored. That in mind, President Bush addressed the nation last week to make his case for his Iraqi policy.

But few soldiers here have time to watch political speeches.

Williams heads a dozen soldiers whose main job is relaying food from a large base to the smaller mess hall at Dagger. Since deploying to Iraq in late January, these soldiers have made more than 500 food runs.

It&#8217;s not the high-profile work of infantry and armor battalions who spend hours each day on patrol and run into homemade bombs and gunfights. Still, Williams&#8217; soldiers prepare for the worst on each trip. They bring armored Humvees with gunners along with the cargo trucks carrying food.

Spc. Dexter Cobbs, 23, of Jonesboro, Ark., is in his second year in the Army. He joined because he wanted to be a chef. In Iraq, much of the military&#8217;s food is prepared by private contractors, so the closest Cobbs gets is serving it out of commercial-sized insulated bins.

Cobbs said he believes the American government is doing the right thing in Iraq. Americans are lucky to have freedom, he said.

He understands, though, the growing impatience at home.

Spc. Rhonda Hickson has been in the Army for four years and has deployed three times. She was in Afghanistan, in Iraq in 2003 and now is serving a year in Tikrit.

For Sgt. Tedrian Carlton, 34, of Hinesville, Ga., her kids keep her going.

Carlton grew up near Fort Stewart and always wanted to join the military. She finally signed up six years ago. She wishes the time here would hurry by so she could go back home to her two children. But, like Williams, she&#8217;s choosing the military as a career and she knows that means she&#8217;ll be back in Iraq in the coming years.

She also senses that if the American presence &#8212; and losses of life &#8212; continue for many more years, more people will lose patience.