In Iraq, Santa Claus trades in reindeer for 17-truck convoy 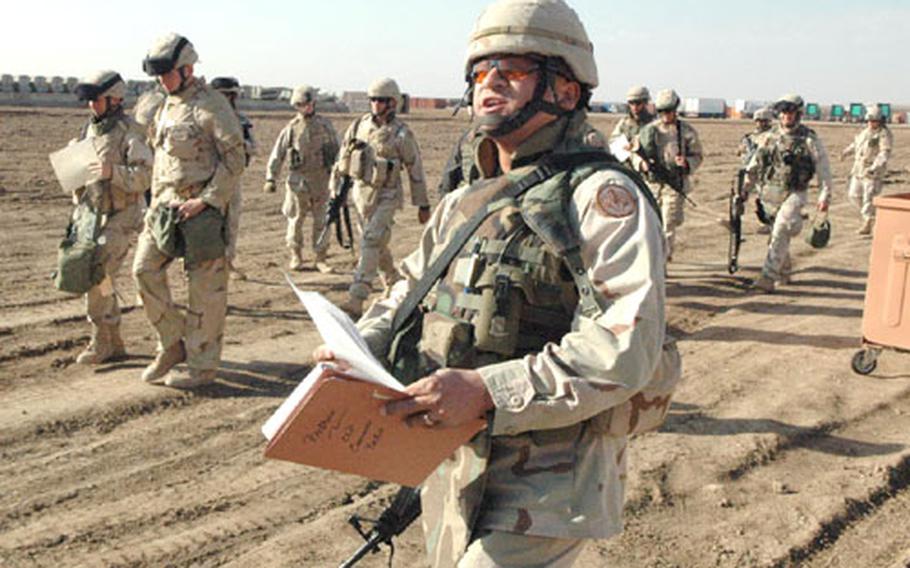 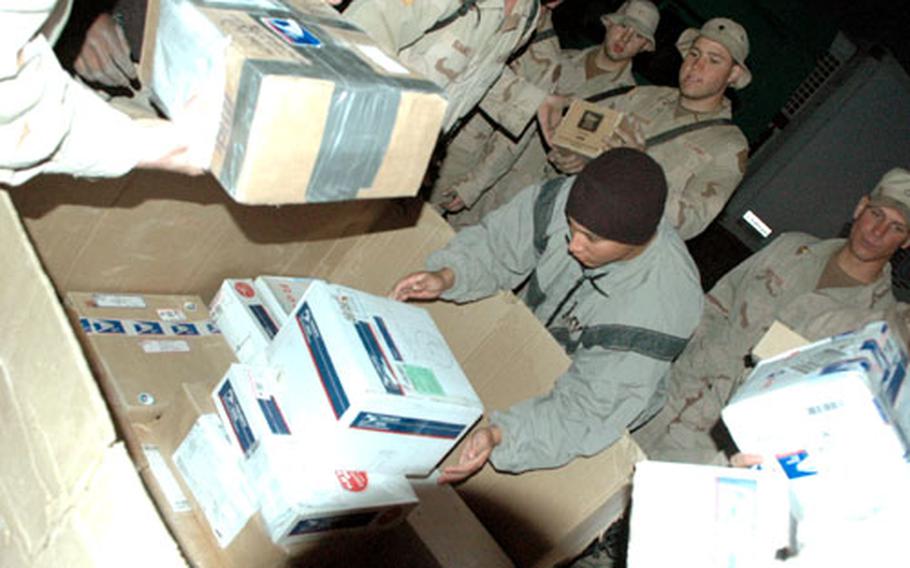 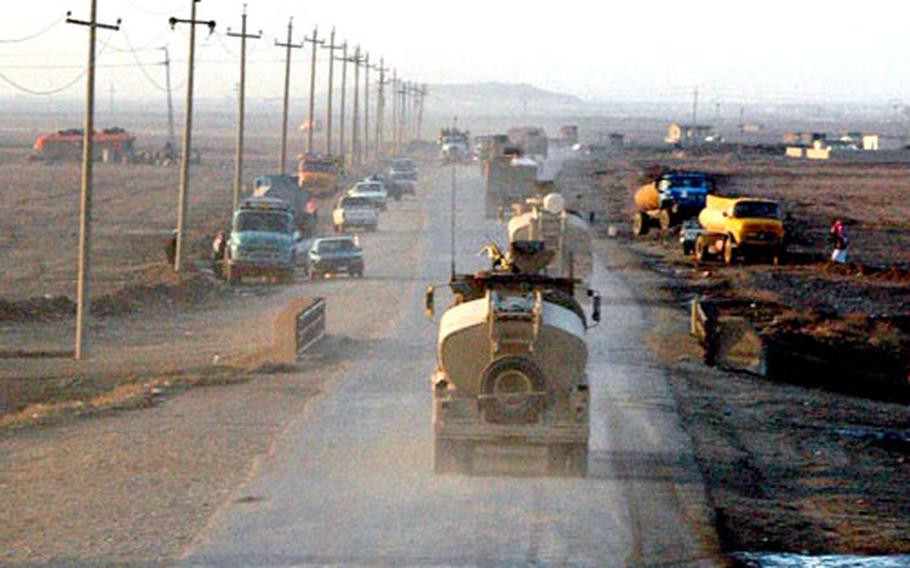 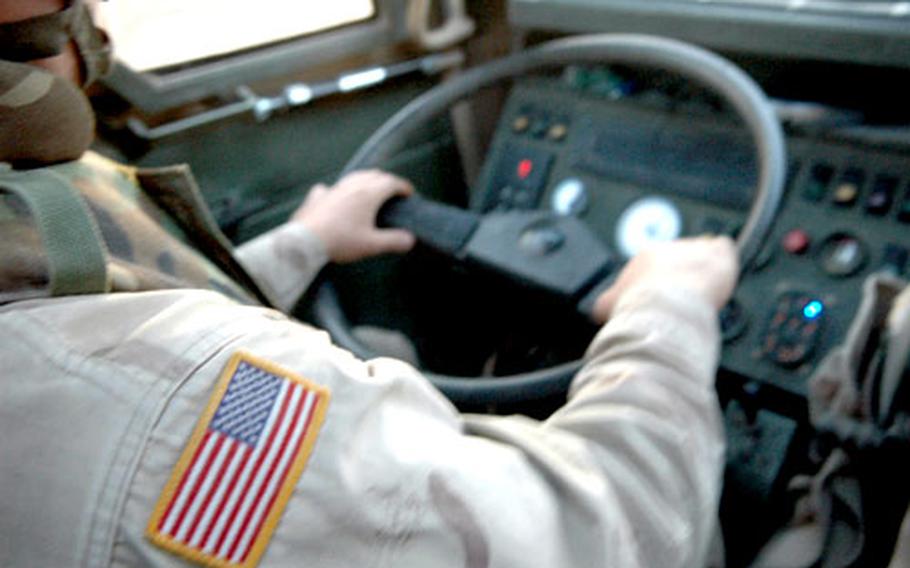 &#8220;Wagon 78,&#8221; as the mission was dubbed, consisted of 17 trucks and armored cars loaded with fuel, water, mail and all the fixings for an Army-style Christmas dinner, complete with pies, fresh fruit and table decorations.

Before drivers and gunners of Muleskinner Squadron, 3rd Armored Cavalry Regiment climbed into the cabs of their vehicles and rolled toward Rabiyah on the Syrian border this week, Capt. Todd Allison reminded them of the importance of their cargo.

The supply convoy, or &#8220;wagon,&#8221; was just one of the daily trips supply squadron personnel make to provide food, mail, ammunition, water, spare parts and other necessities to the regiment&#8217;s far-flung outposts in northwest Iraq.

While many forward operating bases and outposts are serviced by food contractors, nearly all of the regiment&#8217;s camps rely solely on Army cooks and vittles procured and delivered by the supply squadron, according to Lt. Col. Rich O&#8217;Connor, Muleskinner commander.

Since much of northwest Iraq has remained peaceful in the wake of a September offensive in Tal Afar, most of the 270-plus convoys that Packhorse has made have been uneventful. Yet the prospect of trouble &#8212; whether it&#8217;s from attack or a mechanical breakdown &#8212; keeps the job interesting, troop members say.

Before the convoy &#8212; or combat logistical patrol, as it&#8217;s called &#8212; left the front gate of Forward Operating Base Sykes on Monday, Sgt. 1st Class Joe Ramos, convoy commander, conducted several battle drills in a large field near where the trucks were parked.

Like some weird version of adult &#8220;Romper Room,&#8221; soldiers shuffled through the sand, as if they were driving invisible &#8220;victors,&#8221; or vehicles, their hands holding pretend steering wheels in front of them. As they walked, Ramos shouted out scenarios they might encounter, such as the convoy hitting a roadside bomb.

After a period of soldiers trotting around and answering questions, Ramos was satisfied.

The trucks bounced and lurched as they headed out the main gate, threading carefully between concrete barriers, over tank tread speed bumps and past jarring potholes.

For most of the 90-minute trip, the convoy rolled along a winding strip of two-lane blacktop, amid a landscape of rolling, dun-colored hills.

In the cab of one truck, Sgt. Tarrah Schubert, 25, of Virginia Beach, Va., monitored the radio as Pfc. Matthew Loutsenhizer, 20, of San Diego, drove the truck.

Schubert said that this deployment was much less eventful than the regiment&#8217;s first deployment during the invasion phase of the war and the months following. Based in western Anbar province, the supply squadron saw many more attacks on its wagons. Schubert said she was driving in three of those incidents, when insurgents attacked with small-arms fire, a rocket-propelled grenade and a roadside bomb.

More recently, Schubert and her fellow soldiers were involved in delivering barriers and other items necessary for a historic parliamentary election on Dec. 15. The experience made her feel good about her service in Iraq, she said.

At the convoy&#8217;s destination in Rabiyah, soldiers from Tiger Squadron&#8217;s B Troop flocked to mail pallets taken off the trucks and snapped up packages in a frenzy. The mail delivery was the last one before Christmas, so, for all intents and purposes, soldiers were just then receiving their holiday gifts.

As the soldiers collected their mail, Staff Sgt. Anthony Williams gave instructions on how to unload the large refrigerator trucks containing the ingredients for Christmas dinner and other meals. He said this holiday meal was particularly significant.

&#8220;Sure Christmas dinner is special, but it&#8217;s even more special this time around because the elections went very well and because we&#8217;re getting very close to going home,&#8221; said Williams, 43, of the Bronx area of New York City.

As the sun disappeared from view and the supply crew began to prepare for the trip back to Sykes, Allison said he always found such supply runs personally rewarding.