In Iraq, progress has been slow on construction of key border forts 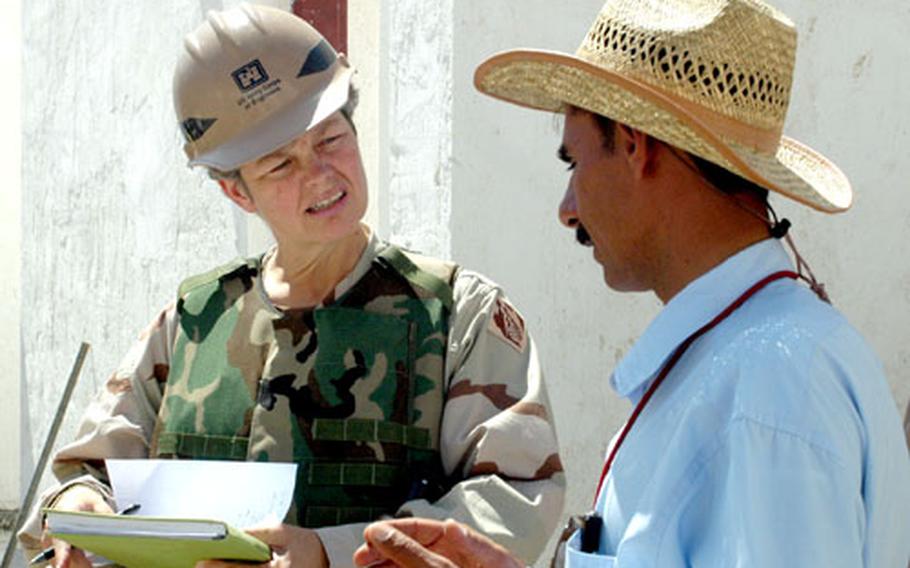 Donna Street, left, Kirkuk area engineer, speaks with contractor Shapoor Amin on Tuesday at a border fort in Khormal, Iraq. Engineers from the Corps of Engineers-Kirkuk region visit the numerous construction sites in the region to check on the workers’ progress, though often that progress has been particularly slow. (Rick Emert / S&S)

Donna Street, left, Kirkuk area engineer, speaks with contractor Shapoor Amin on Tuesday at a border fort in Khormal, Iraq. Engineers from the Corps of Engineers-Kirkuk region visit the numerous construction sites in the region to check on the workers’ progress, though often that progress has been particularly slow. (Rick Emert / S&S) 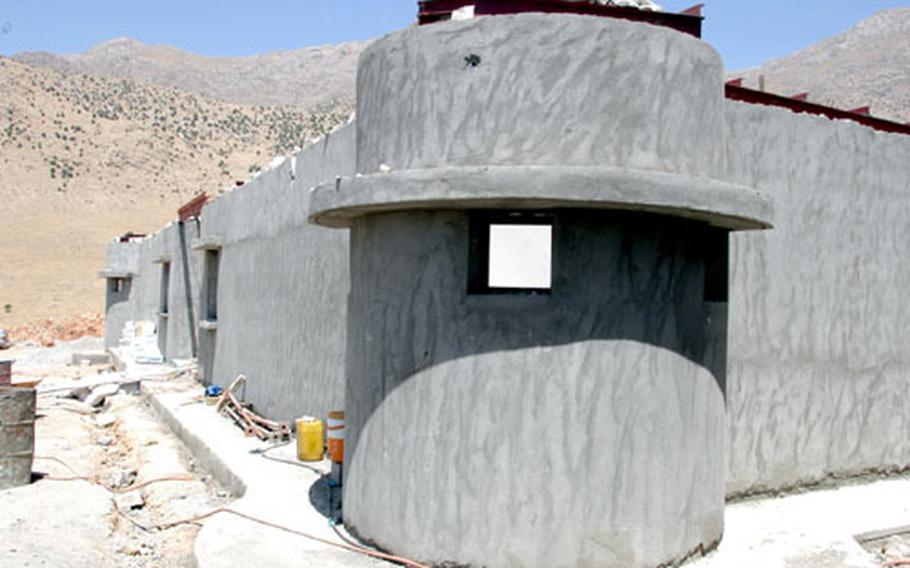 A border fort in Khormal, Iraq, on the border between Iraq and Iran. (Rick Emert / S&S) 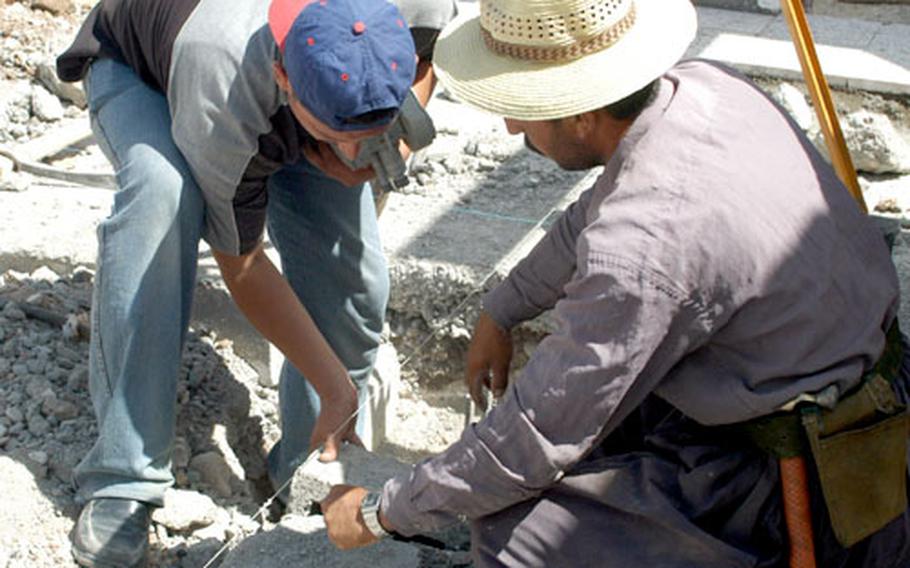 Workers lay cement blocks in the floor at a border fort in Khormal, Iraq, near the border with Iran. (Rick Emert / S&S)

Editor&#8217;s note: This story is part of an occasional series on reconstruction in Iraq.

KHORMAL, Iraq &#8212; Securing Iraq&#8217;s borders has been a key issue in trying to stop the insurgency by keeping foreign fighters out. And under the Iraq Reconstruction Program, the U.S. Army Corps of Engineers Gulf Region District and the Project and Contracts Office are building 234 new border forts.

But even though $18 billion has been allotted for 2,800 planned projects throughout the country, progress has been slow. Of the 45 border forts planned in the Kirkuk region, 40 had an original July 31 deadline for completion. None met that deadline.

Once in place, the forts will help Iraqi border police keep a keen eye out for people entering the country illegally, according to Donna Street, area engineer for the Kirkuk region.

In Khormal province, many of the border police are headquartered in cities that are up to an hour or more away from the border with Iran, which runs primarily along a mountain range. The terrain is rugged, and the dirt road leading to the border is suitable only for durable sport utility vehicles.

On Tuesday, Street and her contracted security team visited five border forts at varying stages of progress in Khormal, but all were consistently behind the level of completion reported by the contractor, Street said.

In fact, only a couple of the forts will be completed by mid-August, said Dave Varner, a project engineer who works closely with the border fort sites.

At the first border fort Street visited, designated &#8220;611&#8221; by the Corps of Engineers, contractor Shapoor Amin said delays were caused by bad winter weather in the mountains and an inconsistent work force.

&#8220;Some of the workers stay, but many leave for some time and then come back,&#8221; he said through a translator, adding that even his Iraqi engineers call it quits. &#8220;In one month, we had five different engineers. Every time I get a new one, I have to go over all of the drawings with him. This makes the work go slow.&#8221;

But some workers quit because they simply aren&#8217;t getting paid.

&#8220;The largest contributor to Parsons&#8217; schedule slip was their poor payment record to the [subcontractors],&#8221; Varner said of the contractor responsible for building 40 of the 45 border forts. &#8220;Subcontractors were complaining in April of nonpayment and continue complaining to this day. Subs were unable to purchase materials and pay their workers due to Parsons&#8217; nonpayment. As a result, work slowed and at some sites stopped altogether.&#8221;

Street said she has alerted the Project and Contracting Office of the payment concerns, but there is little else the area engineers and project engineers can do.

While in other areas, such as Mosul, security issues can also cause delays, that is not necessarily the case in Kirkuk.

And even the workers in Khormal said that security is not really a concern.

At some of the forts, border police are staying in tents to patrol the border and provide security for the work crews.

And project engineers will continue to make a few visits a week to the construction sites to check on the status and urge the contractor to speed things up.