In Husaybah, Marines to back police in preventing attacks 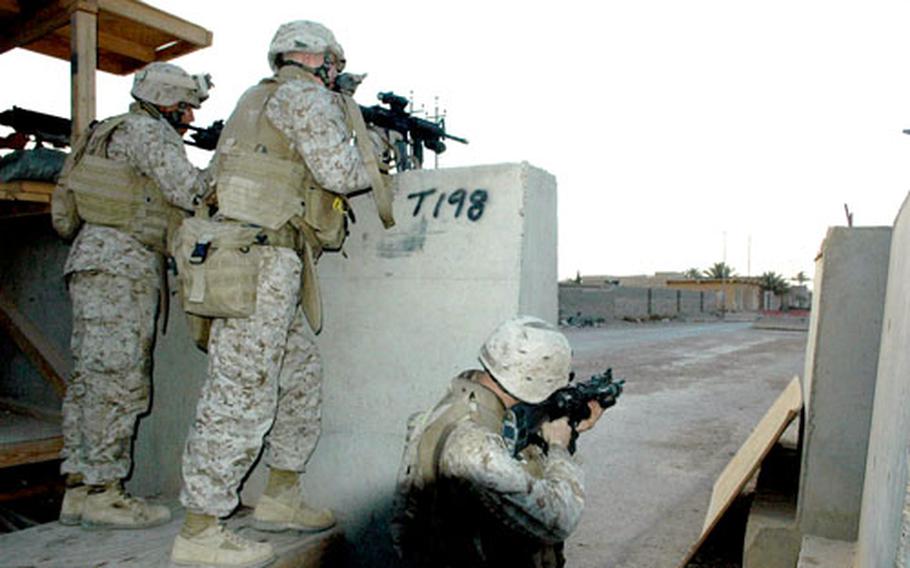 HUSAYBAH, Iraq &#8212; After two back-to-back suicide attacks on a newly established local police station, the U.S. Marines in this border city are planning to redouble their efforts to help the fledgling Iraqi security forces stand up and weather the widely anticipated violence.

A suicide car bomber exploded on a main city street Monday night near the new district police headquarters, injuring at least two police officers and sparking a gunbattle as two masked men with AK-47s were seen fleeing from the area.

The attack came just days after a police officer wearing a uniform detonated a suicide vest in front of the police station Saturday morning, killing five police officers and injuring 10, the Marines said.

In response, the Marines&#8217; local police training team will meet with the police and talk about ways to support their efforts to prevent insurgent attacks.

The recent suicide bombers were among the most devastating attacks in the past several months in this far-flung desert city of roughly 50,000. A former insurgent stronghold, the city has been largely calm since the Marines mounted a massive operation and swept through the city in November.

Police standing guard outside the headquarters helped prevent a more deadly attack Monday when they recognized the car bomb as it approached the station and began shooting at the driver. That prompted the car to detonate at a distance from the station, preventing any fatalities or structural damage to the police station, the Marines said.

Unlike other parts of Iraq where many police officers are Shiite Muslims and mistrusted by their Sunni Muslim counterparts, the police here in Husaybah were recruited from among the local tribes in this predominantly Sunni region.

The Marines have been expecting a spate of attacks on the new police station since the local recruits began joint patrols with Marines.

The Marines have successfully helped local tribal leaders agree on a police chief and recruit several hundred police officers from the local area. A new police station in the nearby village of Obeidi opened last week.

The police do not have vehicles and have not begun independent patrols, Marshall said.

Local commanders say the police are a key element to handing off control of the area to Iraqi security forces.