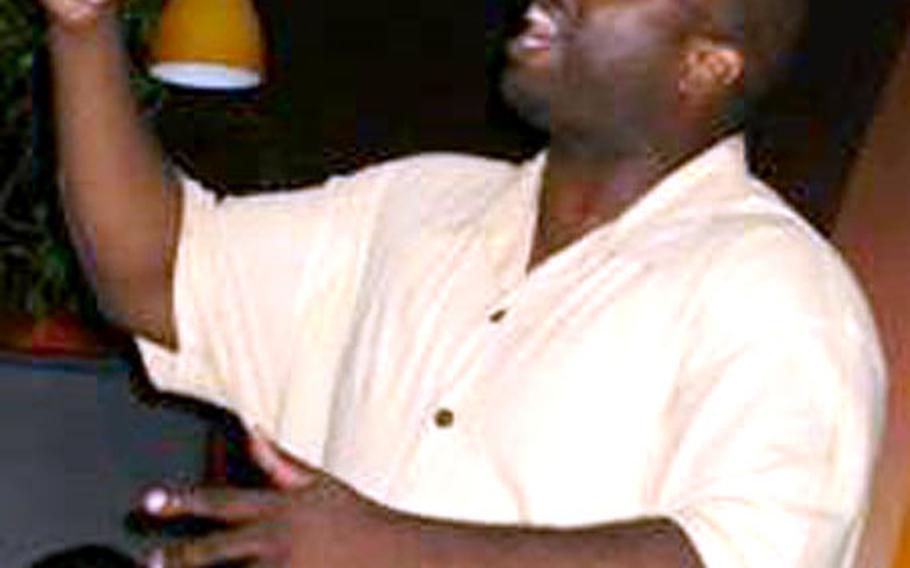 The 100th Mission Support Squadron airman plans to recite his new work Sunday during a book launch at London&#8217;s Departure Bar. The launch also includes performances by eight female singers and poets to help celebrate Seivwright&#8217;s third book. The compilation of love poetry was written to and about women and relationships, seen from his eyes.

The 36-year-old Jamaican, originally from London, estimates that he has written 900 to 1,000 poems in his life. Most of the time he gets inspired to write poems in the third person about issues such as cancer, child abuse, rape and even his stepfather&#8217;s crack addiction.

He feels by bringing these sensitive issues to light he can inspire his listeners and readers to make a difference.

&#8220;I want to keep them focused on those issues before it actually hits them or one of their family members,&#8221; he said.

Seivwright wanted to concentrate on love in his latest endeavor, partly because of the smut and abuse of women that sometimes plagues TV, he said. He hopes his poems will bring people back to the innocence of love.

Seivwright, who goes by the stage name Deep Cobra, regularly performs at venues across the United Kingdom. He also has taken part in poetry slam competitions in Germany and the Netherlands.

Seivwright said poetry came into his life when he first moved to the United States at the age of 11. Because he was used to living in England, he had problems blending in with American society. Poetry eventually became his form of escape.

Seivwright continued his hobby by taking writing courses in high school and college. He is working toward a master&#8217;s degree in creative writing. As part of his busy schedule, Seivwright has held poetry workshops at schools on and off base for the past six years. He teaches students contemporary poetry.

Seivwright hopes to start on his fourth poetry book next spring, which will compile poems on rape and abuse of women.

On the bookTech. Sgt. Mervyn Seivwright will hold a book launch to celebrate his third poetry book, &#8220;As Her Eyez Kiss,&#8221; Sunday at 5 p.m. The event will feature poetry and musical performances by Seivwright and eight other guests at London&#8217;s Departure Bar on 2 Crutched Friars, located near the Underground stations at Aldgate and Tower Hill. Entry costs 5 pounds with a portion of the proceeds going toward a British rape and crisis center.