In Fallujah, 'it's a different fight' Lance Cpl. Michael Sullivan, 25, of Quincy, Mass., keeps an eye out for trouble as he patrols through the streets of Fallujah. (Joseph Giordono / S&S)

Lance Cpl. Michael Sullivan, 25, of Quincy, Mass., keeps an eye out for trouble as he patrols through the streets of Fallujah. (Joseph Giordono / S&S) 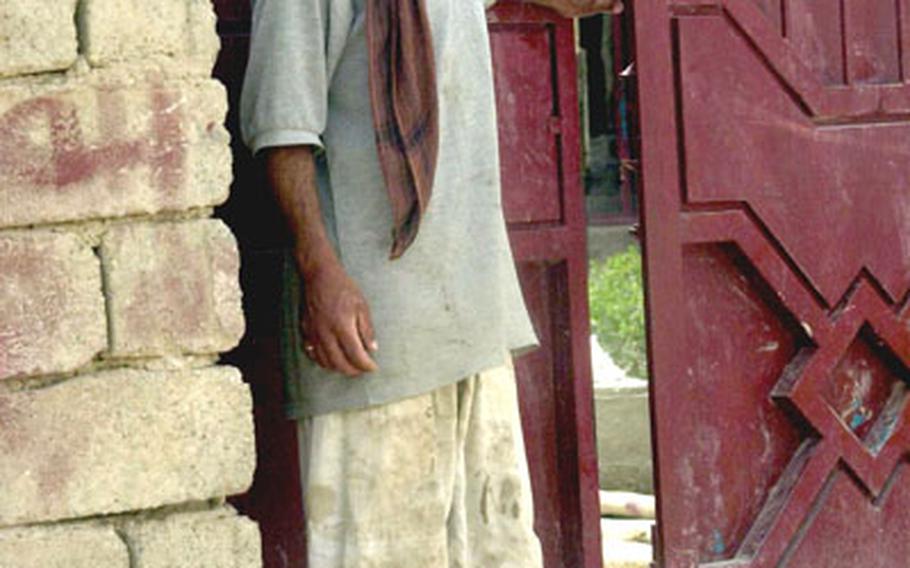 An Iraqi looks on warily as U.S. troops conduct a routine patrol of Fallujah this week. (Joseph Giordono / S&S)

FALLUJAH, Iraq &#8212; The day before a suicide bomber attacked recruits at a police station in Ramadi this week, a U.S. Marine was shot in the chest while conducting a vehicle search.

The Marine was knocked on his back by the bullet, which hit his front body armor plate, but he fired back, killing one occupant of the vehicle, then chased down the other.

The night before that shooting, a vehicle designed to find and destroy roadside bombs was disabled by a blast along a main route in the city.

While attacks in Fallujah are nowhere near as frequent as before the November 2004 battle in the city, they are, according to Marines on the ground, recently on the rise. The incidents are more sporadic, less predictable and range from sniper attacks to rocket-propelled grenades.

&#8220;Everything is different now. These are the same streets, but it&#8217;s a different fight,&#8221; said Sgt. Tim Wittmer, a 26-year-old Marine from Peoria, Ill. Wittmer fought in Fallujah in 2004 with the 3rd Battalion, 5th Marines, and is back this year as an augmentee to the 1st Battalion, 25th Marines, which patrols inside the city.

Battalion commanders say there is now an average of one serious incident every three days in the city. While roadside bombs are still the most numerous threat, direct small-arms attacks have increased as well.

Last week, Wittmer and his Humvee crew spent typical shifts patrolling in and around the city as part of a Motorized Assault Platoon. Several times a day and night, the platoon crossed and recrossed a maze of city streets either in the midst of reconstruction or still piled with rubble from the 2004 battle.

Many of the streets are a mix of low-strung power wires and piles of new bricks &#8212; both a danger to the Marines. The piles of brick and dirt could be concealing roadside bombs. The wires could lead to electrocution &#8212; or a Humvee antennae could sever them, provoking a resident.

&#8220;You could drop a Wal-Mart in that hole right there,&#8221; Pfc. Benjamin Fortier, a 19-year-old Humvee driver from Burrillville, R.I., said as the convoy passed a gaping depression.

For hours on end, monotony is countered by the thought that around the next corner could be a bomb, an insurgent with a rocket aimed at the Humvees or a sniper waiting for his shot.

In other words, the Marines are grinding through a counterinsurgency campaign in a city most famous for a direct urban assault.