In Europe, top sergeant tells senior Army NCOs to roll up their sleeves 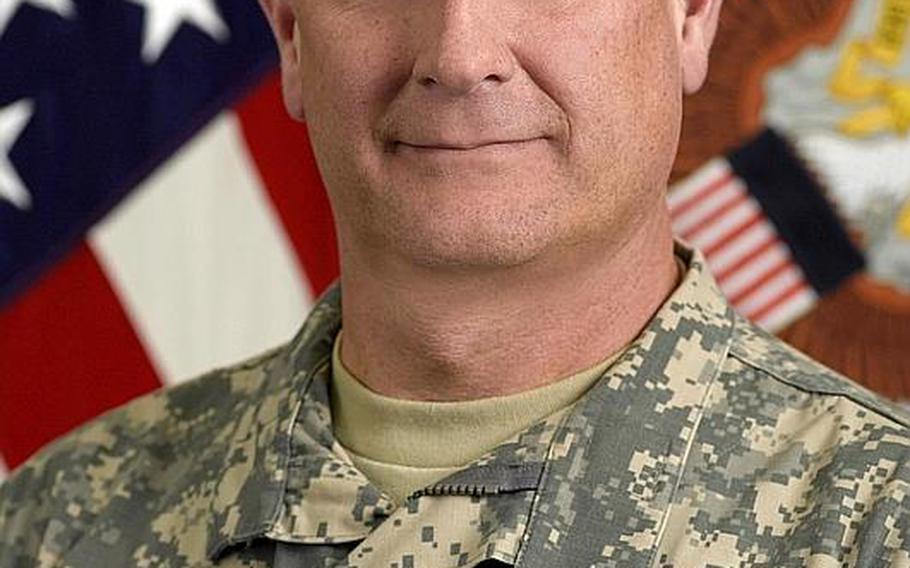 HEIDELBERG, Germany &mdash; The Army&rsquo;s top enlisted soldier warned U.S. Army Europe senior noncommissioned officers that conditions in the Army are &ldquo;eerily similar&rdquo; to those at the end of the Vietnam War, when the Army became known for drug abuse, disciplinary problems and incompetence.

Under guidelines that went into effect this month, E-6s and above might not be given the option to re-enlist if they have certain negative marks on their service records; others could have to retrain for other jobs.

Last month, as part of the Pentagon&rsquo;s announced plans to cut spending by close to $500 billion over the next decade, the Army said it would cut 10,000 soldiers in fiscal 2013 and a total of 72,000 over the next five years.

In a blunt talk to about 50 senior sergeants, Chandler told them standards had slipped in order to field enough troops as the country fought two wars, that they were all responsible, and that the decline had to be turned around. &ldquo;We had to grow the Army,&rdquo; he said. &ldquo;Now it&rsquo;s time to make some changes. We&rsquo;ve allowed ourselves to get out of control.&rdquo;

As evidence, Chandler, whose last assignment was commandant of the Army Sergeants Major Academy, said that half the sergeants enrolled in drill sergeant school or recruiter school &ldquo;either don&rsquo;t show up or can&rsquo;t pass the PT (physical fitness) test.&rdquo;

Chandler also said that despite a variety of programs to address sexual harassment and assault, despite &ldquo;videos, briefings and posters,&rsquo;&rsquo; the number of sexual assaults had remained high. &ldquo;This is bull----,&rdquo; Chandler said. &ldquo;That&rsquo;s us; it&rsquo;s not some program director in the Department of the Army.

&ldquo;Hazing &ndash; the same thing,&rdquo; Chandler continued, mentioning low-crawling and troops being forced to drink water until they vomited. &ldquo;Stupid s--- we&rsquo;ve done that has at least contributed to suicides. It&rsquo;s unconscionable. It&rsquo;s not to be tolerated because that&rsquo;s not what professionals do.

&ldquo;So what are you doing? Not saying &mdash; doing? Roll your sleeves up and be like a squad leader. Not ripping their faces off &ndash; sitting down and counseling them.&rdquo;

Chandler also criticized highly visible and sometimes offensive tattoos &ndash; and sergeants for not counseling their troops against getting such tattoos.

Some of those top sergeants may themselves be targets in the Army&rsquo;s plan to reduce troop levels. The reduction in force will be accomplished through several measures, Chandler said: reduced recruitment, early retirements for higher-ranking sergeants whose promotion prospects are slim, and reducing how long soldiers may remain at a given rank without being promoted.

Changing the retention points for sergeants and staff sergeants, he said, would mean 1,800 fewer soldiers.

Commands will be instructed to retain a certain percentage of troops as the Army reduces. &ldquo;However, unlike in the past, commanders will not exceed this objective,&rdquo; a memo that Chandler, Army Chief of Staff Raymond Odierno and Army Secretary John McHugh recently sent out. &ldquo;This is not intended to be a race to meet the target &mdash; it is about retaining quality and keeping the right soldiers in the Army.&rdquo;

Or as Chandler said, &ldquo;The program will shift from retaining as many soldiers as we can to retaining only those soldiers with the greatest potential.&rdquo;

Accordingly, last month the Army issued new retention initiatives barring re-enlistment to troops, who, in the last enlistment period, had gotten in trouble for illegal drugs or alcohol, were absent without leave for more than 96 hours and other infractions. Additionally, some staff sergeants and above may not re-enlist if they were relieved for cause or received a &ldquo;fair&rdquo; or lower rating in their performance review.

Further, troops whose military jobs are over strength &mdash; tankers, for example, or truck drivers, must be willing and able to train for new jobs to be considered for re-enlistment.

But staff sergeants and higher with 10 years or more of service are not subject to those rules. Since 1998, such troops have had indefinite enlistment contracts. Substandard sergeants in that category will be subject to evaluation boards, Chandler said.

In an interview after his talk to the NCOs, Chandler said the Army would also be checking its databases to flag soldiers with repeated misconduct, including nearly 5,000 soldiers who committed multiple felonies while on active duty.

That could occur, he said &ldquo;because as an Army we had some breakdowns in accountability for our soldiers.&rdquo;

He elaborated on his post-Vietnam War comparison, saying the similarities included coming out of a long, protracted war and reducing size, at the same time that alcohol and drug abuse and other at-risk behaviors had increased.

&ldquo;We spent a long time from 1975 to 1991 to get an Army that could do what it did in Desert Shield and Desert Storm,&rdquo; he said. &ldquo;The NCO corps needs to step up and take charge.&rdquo;