In Croatia, Navy honors WWII sailor with Medal of Honor 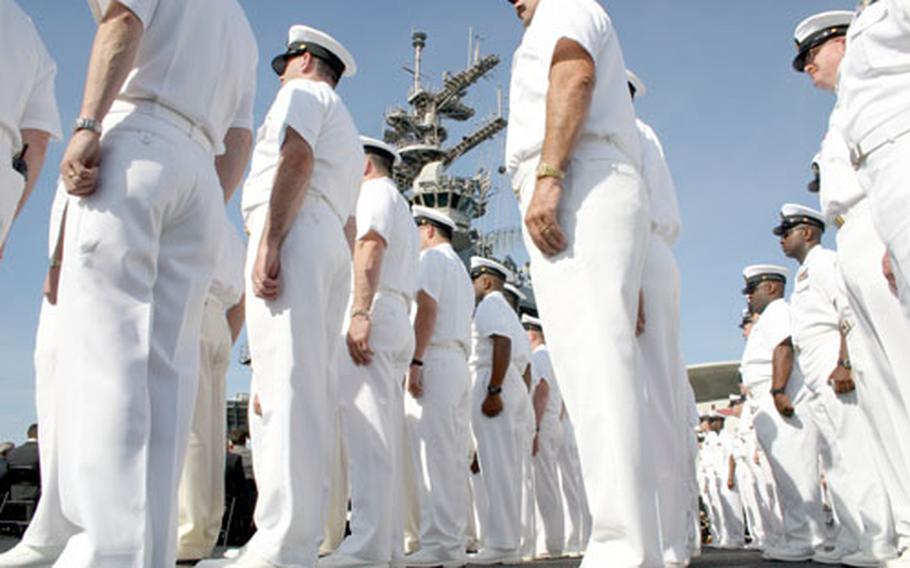 Chief Petty Officers gathered Thursday on the flight deck of the aircraft carrier USS Enterprise to pay tribute to one of their own, Chief Watertender Peter Tomich, who received the Medal of Honor for his actions in saving fellow sailors on the USS Utah after it was attacked in Pearl Harbor on Dec. 7, 1941. (Sandra Jontz / S&S)

Chief Petty Officers gathered Thursday on the flight deck of the aircraft carrier USS Enterprise to pay tribute to one of their own, Chief Watertender Peter Tomich, who received the Medal of Honor for his actions in saving fellow sailors on the USS Utah after it was attacked in Pearl Harbor on Dec. 7, 1941. (Sandra Jontz / S&S) 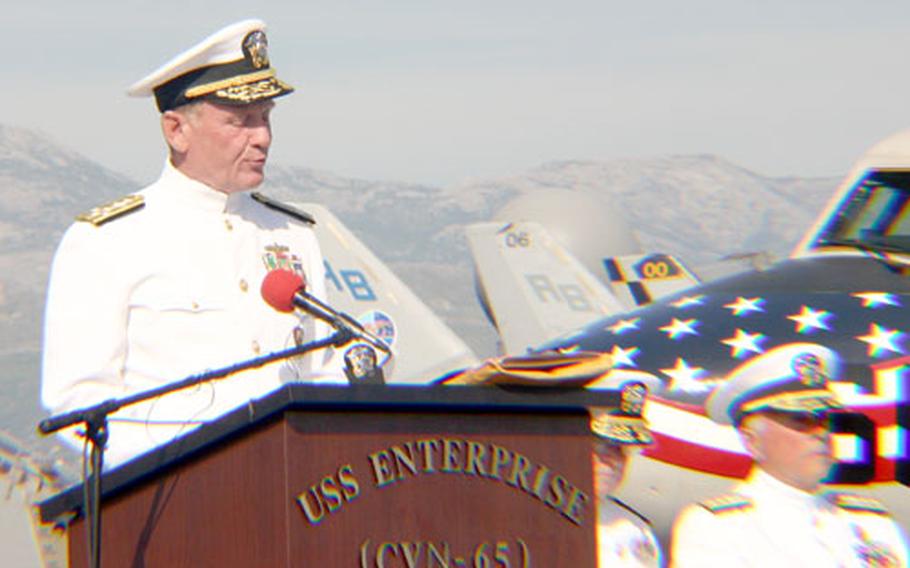 Adm. Harry Ulrich, commander of U.S. Naval Forces Europe, speaks Thursday from the aircraft carrier USS Enterprise of the sacrifice paid by Chief Watertender Peter Tomich at Pearl Harbor. "We are gathered today to reflect on the valor of one man on one fateful day. We are gathered today to celebrate the lasting power of one giving act by one selfless man," Ulrich said. (Sandra Jontz / S&S) 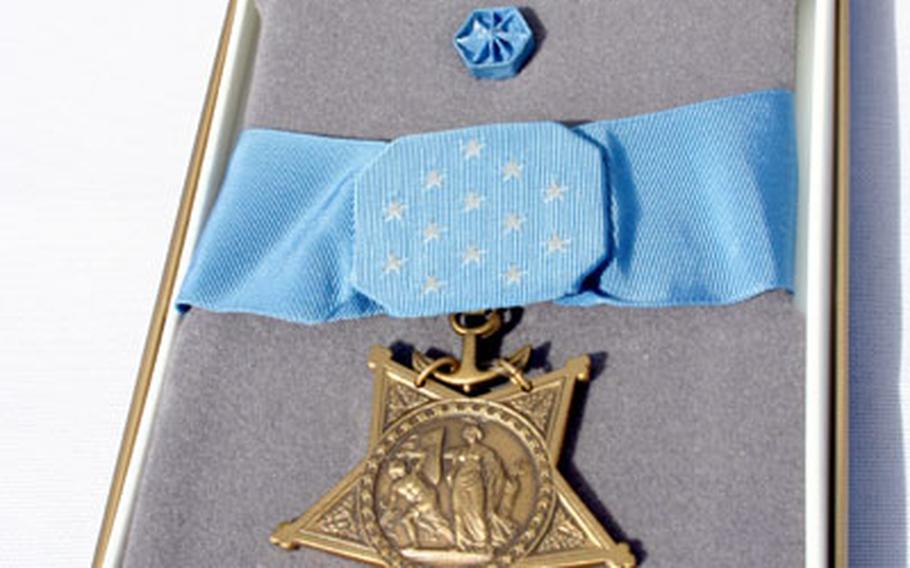 The replica of the Medal of Honor given Thursday to family of Chief Watertender Peter Tomich. The original medal, posthumously presented by President Franklin D. Roosevelt in March 1942, is at the Naval Historical Foundation in Washington, D.C. (Sandra Jontz / S&S)

ABOARD THE USS ENTERPRISE &#8212; Within 12 minutes, Chief Watertender Peter Tomich went from ordinary to extraordinary, from a simple sailor to hero.

&#8220;In the ordinary, the reach for survival overcomes the grip of fear,&#8221; Adm. Harry Ulrich poignantly said Thursday as the Navy presented to the sailor&#8217;s next of kin a recognition posthumously bestowed upon Tomich 64 years ago.

&#8220;But, in the extraordinary, common men become uncommon. They cast fear aside. They accepted duty and time did not allow for survival,&#8221; Ulrich said during a ceremony on the flight deck of the aircraft carrier USS Enterprise, anchored a few miles off the coast of Split, Croatia.

As his torpedoed ship, the USS Utah, sank off Pearl Harbor, Tomich, of Croatian heritage, ran in the opposite direction of the escaping crew to the ship&#8217;s boiler room to keep the boilers from exploding so others might escape.

Tomich did what chiefs are supposed to do: take charge, lead by example and protect his sailors, said Senior Chief Petty Officer Ellis King, who flew from Naples, Italy, to Split for Thursday&#8217;s ceremony.

Tomich&#8217;s next of kin, retired Croatian army Lt. Col. Srecko Herceg Tonic, accepted a replica of the medal, saying he was honored to be related to a man who gave his life for others, and whose actions reflect the determination of the Croatian people.

The U.S. Navy has honored Tomich in other ways. A destroyer escort vessel, now decommissioned and sold for scrap, once bore the name USS Tomich, DE-242.

Thursday&#8217;s ceremony was as much about honoring Tomich&#8217;s descendents with the presentation of a medal as it was about naval chief petty officers paying homage to one of their own, Senior Chief Petty Officer Charles Britt said after the roughly hourlong ceremony.

A reaction also highlighted by Ulrich.