In competitive training, communications teams get a look at the big picture 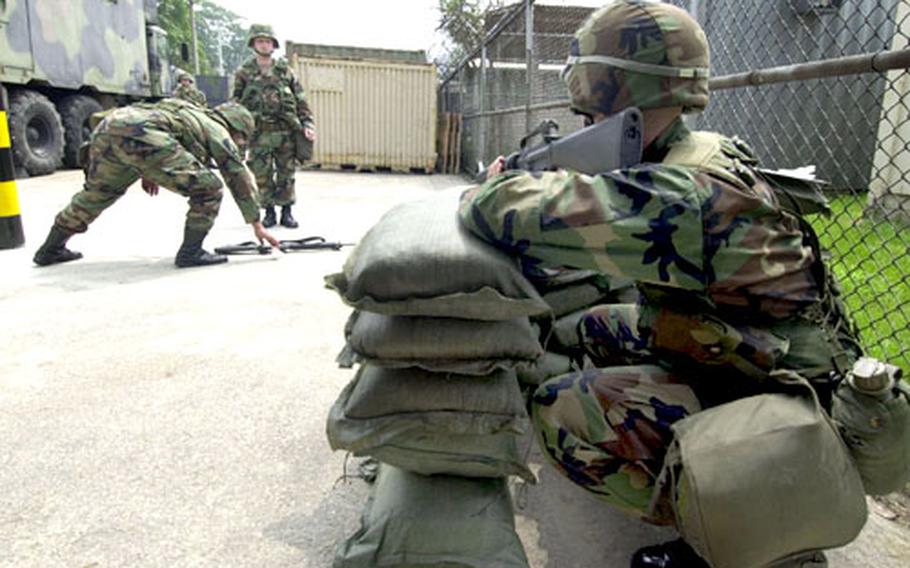 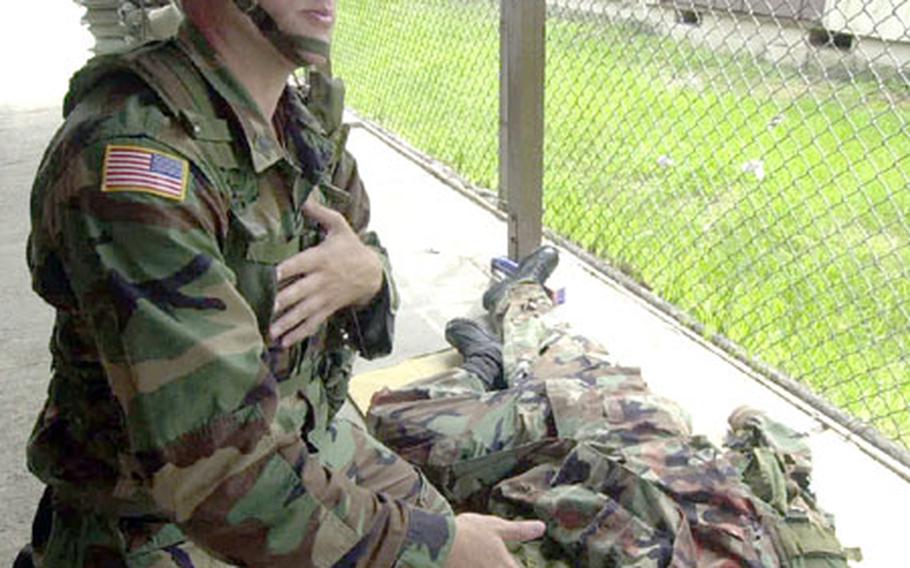 CAMP COINER, South Korea &#8212; The soldiers who perform maintenance on the military&#8217;s secure communications equipment in South Korea got an opportunity to &#8220;know the corporation&#8221; during competitive training held Thursday.

Sgt. 1st Class John Downing of the 1st Signal Brigade&#8217;s 14th Signal Detachment said the training was designed to get his soldiers working as a team and teach them every aspect of the repair process.

Two teams of four soldiers each were tested &#8220;from A to Z&#8221; on processing equipment through the Theater Communications Security Logistics Support Center Korea &#8212; Maintenance Division.

As young troops they&#8217;ll spend most of their time &#8220;on the bench&#8221; doing repairs, said Chief Warrant Officer Teddy Datuin, maintenance officer. But as they mature in the field, and earn promotions, the soldiers could find themselves serving as shop foremen or noncommissioned officers in charge.

And when that happens, it&#8217;s important they understand the entire system, Datuin said. That will include knowing the paperwork shuffle of accepting gear, ordering parts and returning repaired items to customers.

At 8 a.m., one team began the &#8220;garrison&#8221; portion of the training in the air-conditioned workspaces where they spend most of their hours. The soldiers were grilled on the proper paperwork and each team was given four &#8220;broken&#8221; items to fix within three hours. They also were required to follow procedure for ordering new parts. The final step was a 25-question test on standard procedures.

The other team headed into the compound, where its members sweated their way through the &#8220;tactical&#8221; portion, getting the M934A2 &#8212; basically a mobile repair shop truck &#8212; repacked and ready for business.

Sgt. Nathaniel Haden, a maintenance supervisor, led his team on setting up the mobile shop.

The two teams competed to be quickest to finish the training scenarios with the fewest mistakes. The stakes were high: pizza and a three-day pass for the winning team.