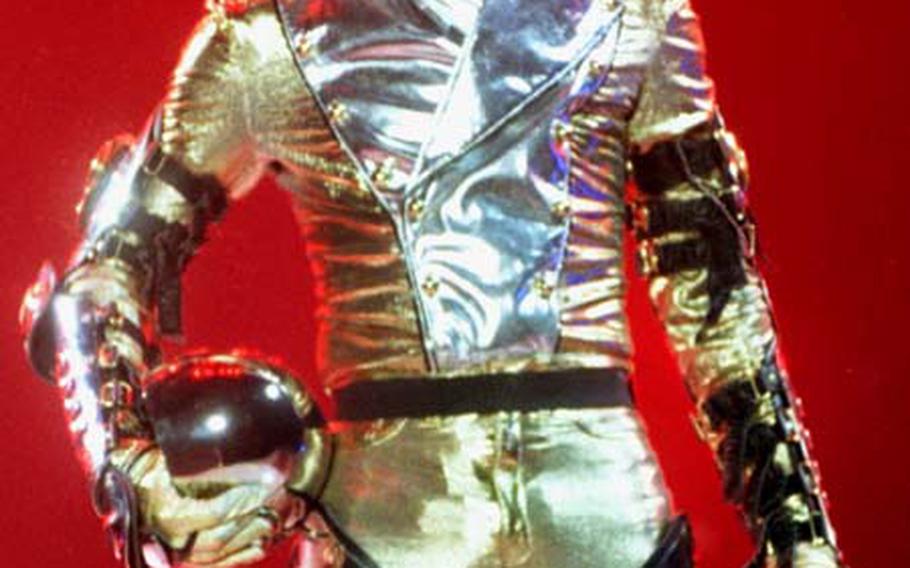 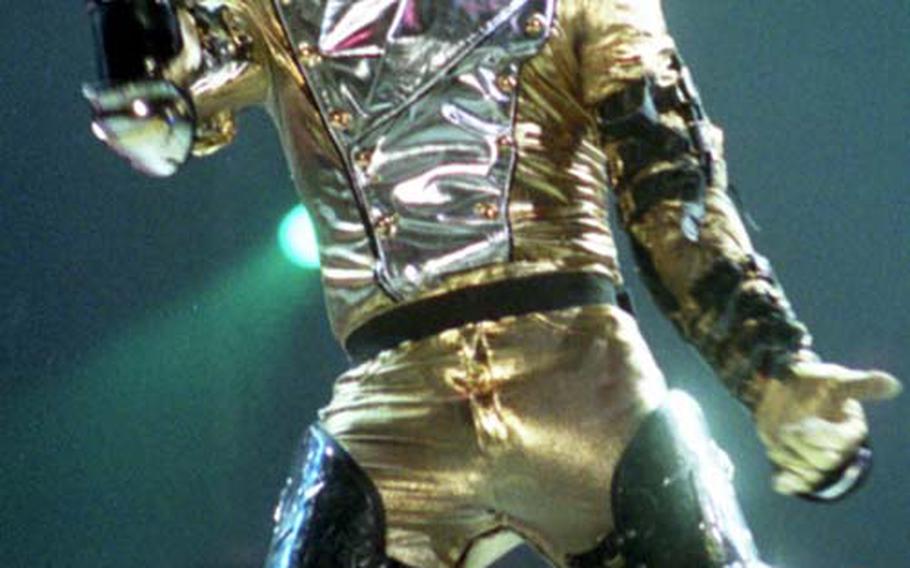 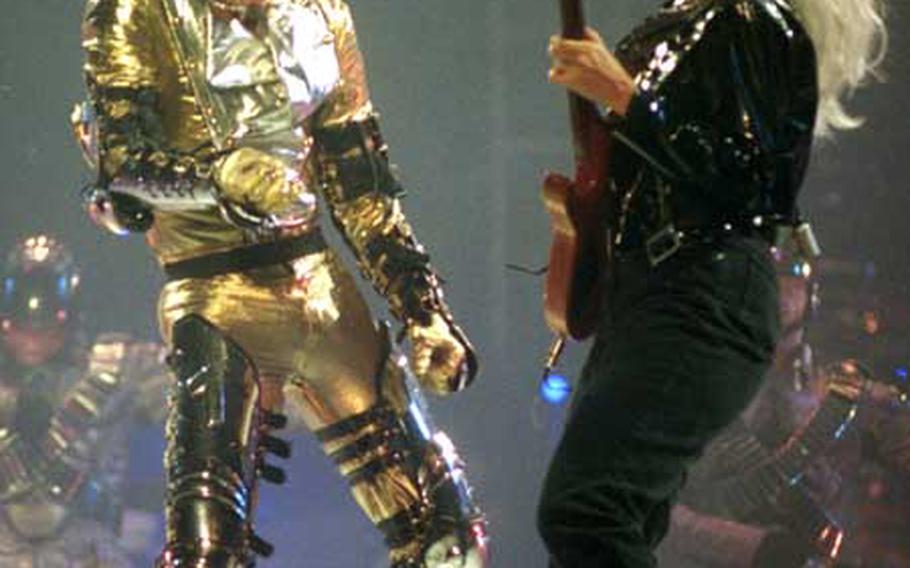 Michael Jackson kicks off the Japan portion of the HIStory tour at the Tokyo Dome in December, 1996. (Mark Allen / S&S) 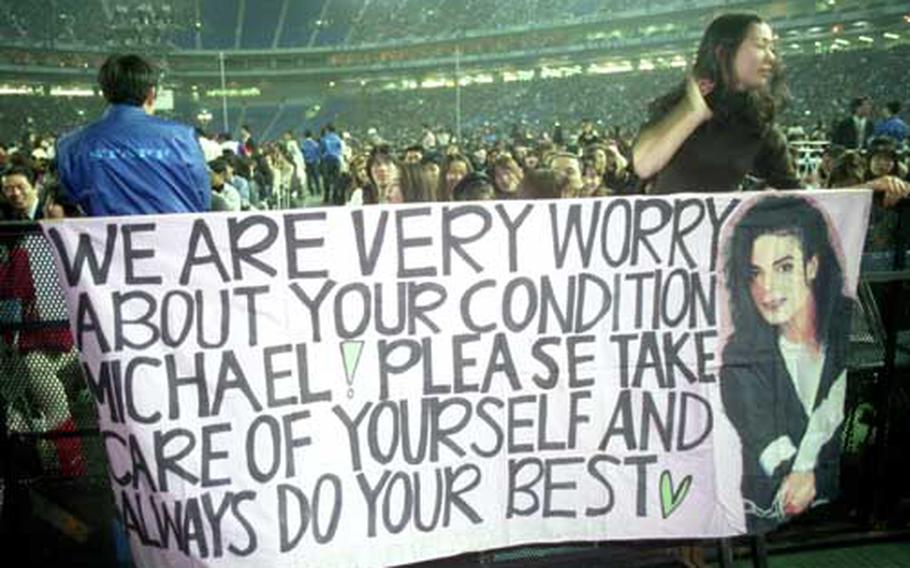 Concerned fans have a message for Michael Jackson as he kicks off the Japan portion of the HIStory tour at the Tokyo Dome. (Mark Allen / S&S)

And as the news sank in that the "King of Pop" had died suddenly in Los Angeles at age 50, people in mainland Japan, South Korea and Okinawa reflected on Jackson&#8217;s life.

"I had the jacket. I had the glove," said Moore, an instructor at the NCO Academy at Camp Jackson in South Korea. "I didn&#8217;t have the Jheri curls."

He remembered his parents telling him to sing Jackson&#8217;s songs for visitors at holidays, to show that he sounded like the pop star.

"I felt like he was one of the family," he said. "I think anybody who was born in the 1970s somehow felt close to him."

But with superstardom comes a media magnifying glass. Jackson&#8217;s legal battles and eccentricities at his Neverland mansion in Los Angeles proved to be searing.

"I thought his life was kind of sad," said Airman 1st Class Justin Poe, 22, stationed at Misawa Air Base, Japan. "[It was like he was] trying to fit in somewhere. I lost respect for him with every little thing that happened."

"I think it&#8217;s a sad day for everyone around the world," said Morris, who coordinated Jackson&#8217;s appearance in Tokyo for the 2006 MTV Video Music Awards. That trip also included a visit to a foster home, and in 2007 Jackson paid a visit to soldiers at the U.S. Army&#8217;s Camp Zama while in the Tokyo area for a fan appreciation event.

"He was just so different from what the media said he was," Morris said. "He was a great person and a great father, morning to evening. I&#8217;m pretty sure his name alone can sum up his life. Fame and world record sales all speak for itself. No one has ever sold as many records as Michael did."

"His actions didn&#8217;t seem to be an action of one human being," she said. "He affected everything around him."

"He must have gained lots of good things as a big celebrity, but he lost a lot, too," she said. "I am certain that such a talented entertainer won&#8217;t be born for 100 years or so."

Staff Sgt. Kimberly Gaines, with the 18th Logistics Readiness Squadron at Kadena Air Base on Okinawa, said what she liked best about Jackson was the way he moved.