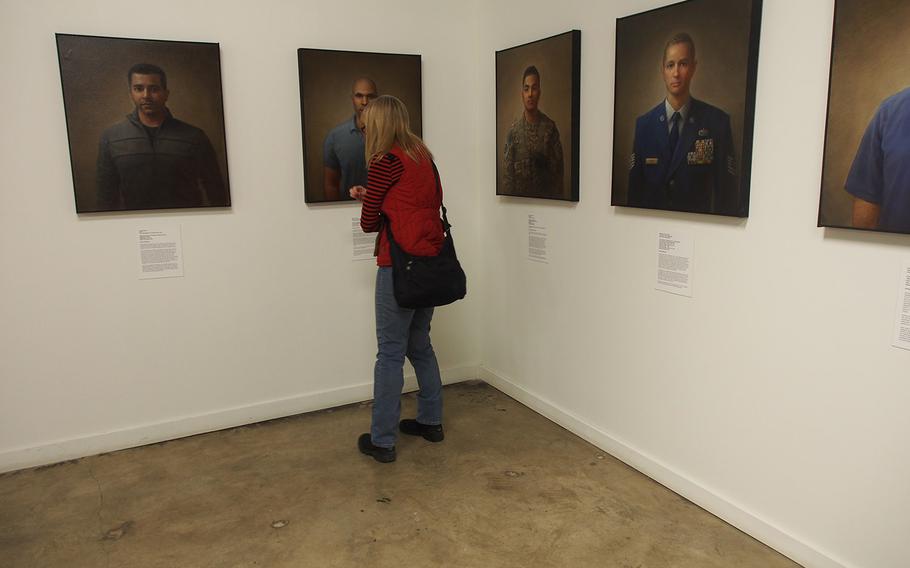 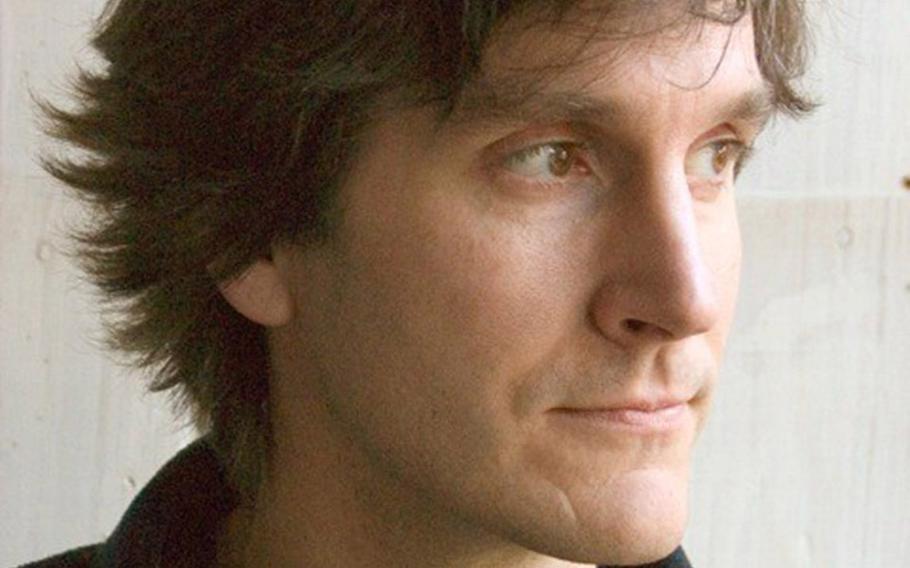 As bombs fell on Baghdad and Kabul, Matt Mitchell went about his normal routine, an unaffected spectator while troops died overseas.

“I found I could just live my life as if nothing was happening, and it got under my skin,” he said.

So the artist sought understanding through a familiar medium: portraiture. That was in 2005, and nine years later he finally completed “100 Faces of War Experience” and put it on display for the first time at the National Veterans Art Museum in Chicago.

Mitchell reflected the range of experiences of returning troops by creating 100 oil-on-canvas paintings, spending 40 to 80 hours on each life-size head-and-shoulders portrait. Many times, the veterans would tell him their experiences, often painful ones, as he painted. Their stories were often emotionally draining, he said, but ultimately were “uplifting” and educational for him and viewers of the project.

“Sure, you talk about heavy things, and the project is pretty heavy, but you realize that every single [veteran] out there fills in part of the picture,” he said.

He worked with a sociologist who specializes in the American military to sort through Department of Defense statistics to choose a group that reflected the broader military: branch of service, gender, race, career field, dates of deployment, deployment location and officer vs. enlisted. Each of the 50 states is represented.

Most are troops, though five are civilians who worked in Iraq and Afghanistan. Mitchell painted 10 people whose deaths were connected to their service, with each family providing Mitchell a photo of their loved one.

Some soldiers are dressed in their Army Combat Uniform, others wear civilian clothes, and one former infantry officer sports chest-length feathered earrings and an elaborate necklace with crisscrossed reflective belts covering his Army dress blues.

Mitchell, of Amherst, Mass., asked his subjects for up to 250 words — unedited — to go with their portraits. The tone ranges from proud to angry.

Emilio Fernandez, who served in the Marines on two deployments to Iraq, wrote, “First to fight. The few and the proud. The change is forever. Always faithful. The few who move towards the sound of chaos. I can tell you that these are true, and that my service to my country was an honor. My life was changed forever by becoming a Marine; I became a patriot, a man and a warrior.”

Mariela Meylan, who served a tour in Iraq and Kuwait with the Army and was badly injured in a service-connected vehicle accident, did not have fond memories. “I felt like I was part of a mission, to me was pointless in the first place. ... I was just doing what I was told to do, whether I liked it or not. It was not very pleasant.”

At times, it was a struggle for Mitchell, now 45, to make ends meet as the project became a full-time job. He was helped by a few grants and most of all by his wife, Rebecca Guay, a fellow artist whom he says made tremendous sacrifices to help him.

“There was a lot of time in there when I just really didn’t know how I was going to keep going,” he said.

When he started the project in 2005, people didn’t expect the war to last and often asked him what he would do when it was over. Nine years later, he wrapped up the project to coincide with the official end of combat operations in Afghanistan, though thousands of troops remain in Iraq and Afghanistan.

“I’m left in the uncomfortable position that the project represents the official end, but especially people in the armed services are conscious of the fact that there are still a number of people left in Afghanistan, and Iraq has turned into a different thing,” he said.

Mitchell’s exhibition will be at the National Veterans Art Museum in Chicago’s Portage Park neighborhood through May 15.