In Afghanistan, Apache Troop makes the battle come to them 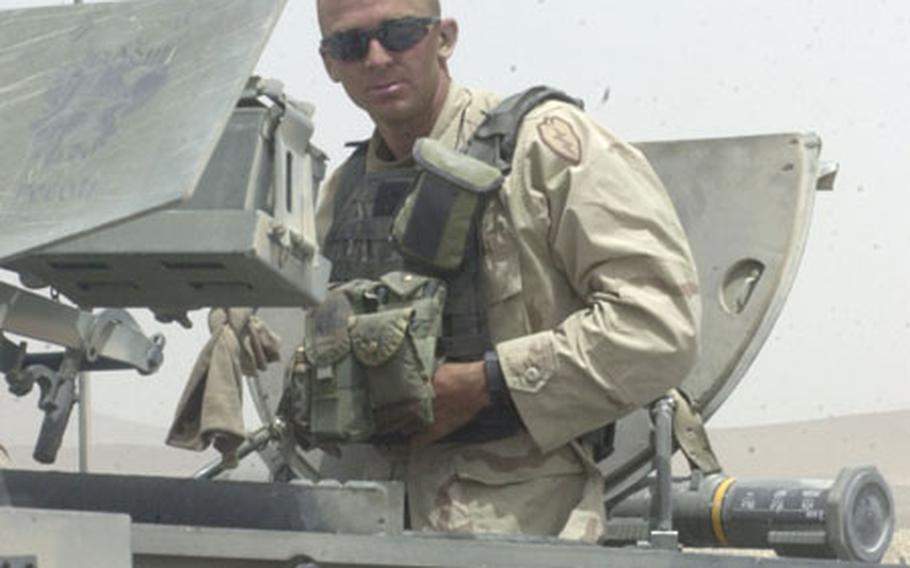 Spc. Michael Plummer and the soldiers of the 3rd Squadron, 4th Cavalry Regiment’s "Apache Troop" recently taunted Afghan insurgents into a firefight by telling them to take off their burqas and fight like men. (Jon R. Anderson / S&S)

FORWARD OPERATING BASE TIGER, Afghanistan &#8212; Frustrated that Taliban fighters were making themselves scarce, cavalry commander Capt. Brian Peterson ordered his psychological operations detachment to find a way to get the enemy onto the battlefield.

Their solution: shame. The soldiers drove into the mountainous region of southern Afghanistan near Tarin Kowt, a known Taliban stronghold, and blared through Humvee-mounted loudspeakers a simple message.

&#8220;Take off your burqas,&#8221; Afghan interpreters shouted, referring to the head-to-toe powder blue shrouds Taliban leaders once forced all women in the country to wear. &#8220;Come out and fight us like men.&#8221;

He knew Taliban fighters were out there. Local villagers were being threatened to stay away from U.N. voter registration efforts for the country&#8217;s Oct. 9 presidential elections.

It didn&#8217;t take long to get an answer to Peterson&#8217;s cantankerous call to arms. Within hours, an angry ambush was unleashed, a heavy fusillade of automatic weapons fire raining down from two sides as his patrol moved through a steep valley.

&#8220;The bullets were zinging within a few inches of my head, I could actually feel their heat,&#8221; said .50-caliber machine gunner Spc. Michael Plummer, 25, from Klamath Falls, Ore.

He was astounded. After four months in Afghanistan, this was Apache Troop&#8217;s first contact with the enemy.

Pushing his patrol of Humvees through the ambush kill zone, Peterson turned his men around and charged back into the fray.

After a 45-minute gunfight, four Afghan guerrillas lay dead and another four were captured.