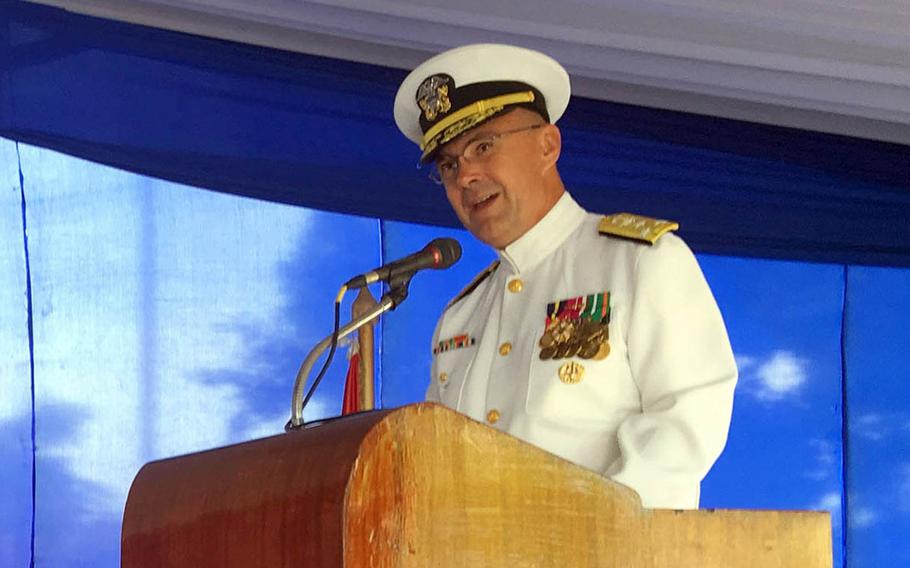 JOINT BASE PEARL HARBOR-HICKAM, Hawaii — The Navy’s top medical officer has directed the 63,000 sailors serving in Navy Medicine to be individually counseled about their responsibility to report online incidents that degrade those in uniform.

The Navy and Marine Corps have been rocked by an unfolding scandal involving online publication of explicit photos of female servicemembers without consent.

“This behavior won’t be cured by email, mass stand downs, or all hands calls,” Navy Surgeon General Vice Adm. Forrest Faison said in a message sent Friday to Navy Medicine commanders worldwide. “We need to take a stand every time we witness disrespectful behavior — both in public and in private. This issue is especially critical to Navy Medicine. We are entrusted with the lives and well-being of those who have volunteered to defend our freedom.”

The Naval Criminal Investigative Service is investigating the sharing of nude photos of military women on the private Facebook page Marines United.

Rep. Jackie Speier, D-Calif., said last week that NCIS had identified more than 700 active-duty Marines and 150 in the Reserve using the Marines United website. At least one other anonymous website includes dedicated pages for sharing pictures of female servicemembers, with several major Navy commands listed by members looking for such photos.

“As the [chief of naval operations] has said, that kind of behavior is totally unacceptable,” Faison said during an interview after an all-hands call Thursday in Hawaii.

“Female members are critically important and essential members of the Navy and Marine Corps team,” he said. “Any sort of actions or behavior that degrades them is degrading to all members of the team, and it has no place on our team at all.”

Nearly 23 percent of Navy corpsmen are women, as are 40 percent of the Navy’s medical department officers, he said.

Earlier this week, Chief of Naval Operations Adm. John Richardson told the service’s commanders that “it’s time for you to leave the Navy … if you’re one of that minority that just won’t get it.”

The scandal is particularly relevant to Navy Medicine because the targets are the “women that we commit to take care of and provide the best care our nation can offer,” Faison said.

“If they have medical needs, we will meet those needs,” he said of those who have possibly been traumatized by the publication of photos.