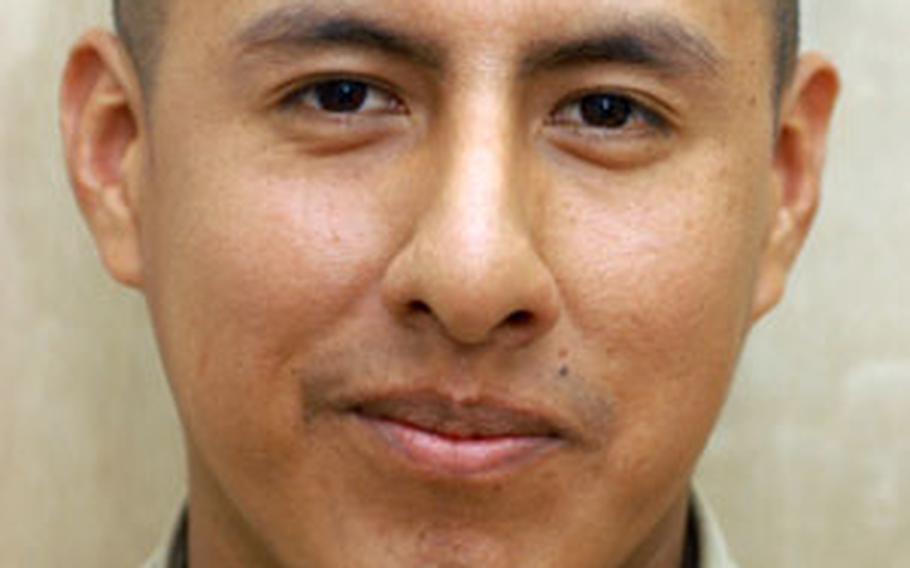 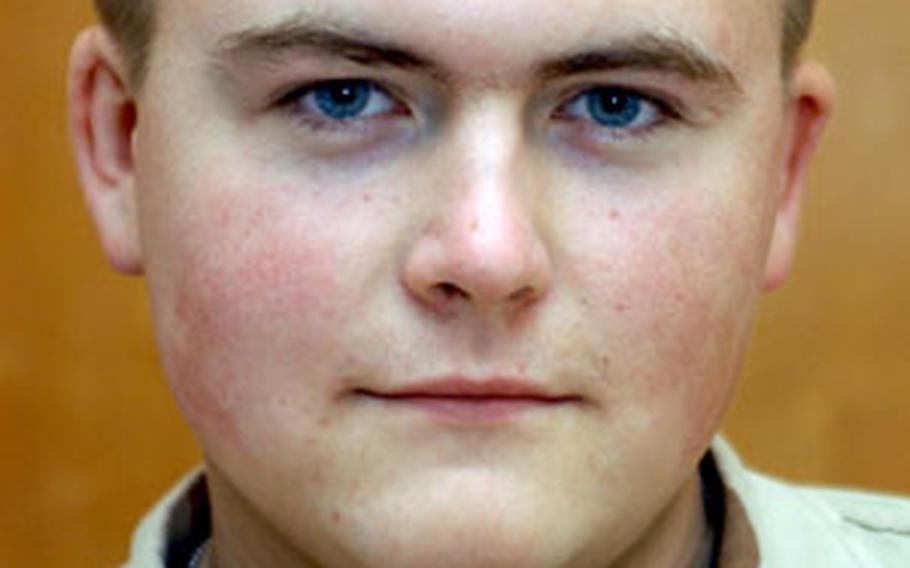 BEIJI, Iraq &#8212; Geographically speaking, Belarus and Peru are about as far apart from each other as nations can get. Yet at Forward Operating Base Summerall, both countries have native sons serving in Iraq with the U.S. Army. It&#8217;s a path other immigrants have taken, either for dough or to show their appreciation for their new homeland.

The United States is, after all, an immigrant nation, and two of its most recent arrivals are Spc. Raul Montes and Pfc. Raman Khakhlou.

The 23-year-old seems to revel in the name, which, of course, refers to the ubiquitous automatic rifle that originated from the former Soviet Union. That nickname is something his maternal aunt living in the States never would have anticipated when she persuaded him five years ago to take a shot at getting a green card.

Khakhlou, who was then 18, struggled at first. He went to America with about $90 in his pocket and spent the first three nights sleeping on a porch.

In Belarus, Khakhlou studied agriculture. The work he found when he arrived in New York was nothing to write home about. Over a three-year period, he tended gardens, assisted an artist, worked construction and bussed tables. Then, Khakhlou visited an Army recruiter.

Eighteen months later, Khakhlou was on his way to a synagogue, where he was working as a handyman. He spotted the same recruiting station on Flatbush Avenue in Brooklyn and walked in. This time the combat club rolled out the green carpet, and before he knew it, his head was shaved.

That was nearly two years ago, and the atmosphere of Beiji is as different from Brooklyn as the latter is from Belarus.

He has no plans to re-enlist. Three years in Uncle Sam&#8217;s Army is enough, Khakhlou says, but he has no regrets. Before Khakhlou joined the Army, he had no American friends. Now he has a company of guys who, though they might tease him from time to time, have his back covered.

Montes, on the other hand, learned to speak English in the Army, which is remarkable, though potentially problematic, given all the spicy talk.

The 31-year-old supply specialist is soft-spoken and somewhat shy, but he also is deeply reflective, saying the Army has given him stability and the chance to meet soldiers from all across the United States.

Like Khakhlou, Montes didn&#8217;t expect to get a green card, which he applied for on a whim. When he did, it caught him so off guard it took him months to decide whether he really wanted to emigrate from Peru. His family and friends persuaded him to take the leap, saying he would never have another chance like this again.

Montes has a college degree in electronic engineering, which allowed him to come into the Army as a specialist instead of a private. When he left Peru two years ago, he left a job with a telecommunication company in Lima. His salary was about $1,000 a month.

In Los Angeles, where he and his wife and young son settled, Montes got a factory job checking the quality of printer machine cartridges coming off the assembly line. He was making slightly more money, but three quarters of his check went to pay rent.

After six months of pinching pennies, and frustrated by the language barrier, the computer whiz searched for help.

That launched him on a journey that ultimately landed him in Beiji.

It&#8217;s a worthwhile pursuit, one that has landed Montes and Khakhlou in Iraq, with the promise of something better down the road.