Illesheim doctor in the right place when emergency help was needed 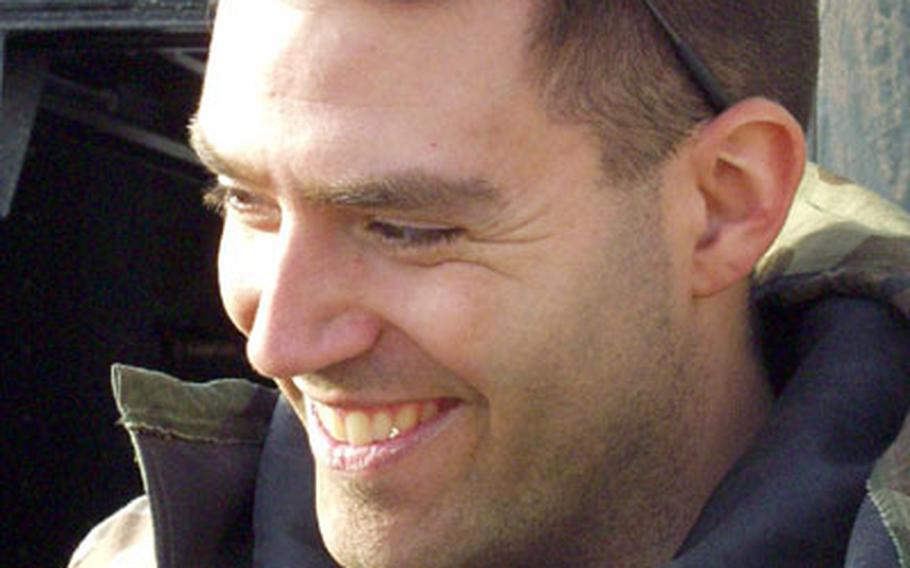 NEAR NASIRIYAH, Southern Iraq &#8212; Capt. John &#8220;Doc&#8221; Kolisnyk and his medics were stretching their legs along the highway when, out of nowhere, some enemy troops quickly put them to work.

A seemingly endless convoy hauling Kolisnyk &#8212; flight surgeon for the 6th Squadron, 6th Cavalry Regiment from Illesheim, Germany &#8212; and hundreds of Task Force 11th Aviation soldiers from Camp Udairi, Kuwait, to a new base in Iraq had stopped for a while March 22 along the shoulder of six-lane Highway 1.

The convoy was letting some 3rd Infantry Division tanks go forward to the battle in An Nasiriyah, 12 miles to the north.

Then Kolisnyk got the call: Just a half-mile ahead of where the 6-6 Cavalry troops relaxed, two 3rd ID soldiers had been hit. Four Iraqis in civilian clothes had pulled out a grenade launcher and fired at the convoy.

He grabbed a medic, Spc. Toshiba Williams, 20, of New Orleans, maneuvered his ambulance onto the road, and raced to the scene.

The two soldiers had been standing outside their Bradley fighting vehicle when the grenade exploded just behind a 31-year-old staff sergeant.

The staff sergeant had been cut from his upper arm down to his hand, Kolisnyk said. The medics cut off his gear and applied dressings, but the bleeding mostly had stopped.

The second soldier, a 21-year-old specialist, told the medics his heel had been torn up by a hand grenade thrown at almost the same time.

He and Williams took the two soldiers back to the 6-6 Cavalry&#8217;s stretch of road, calling in UH-60 Black Hawk helicopters. Two more medics, Staff Sgt. Peter Parella, 31, of Pittsburgh, and Spc. Devon Gillum, 20, of Chicago, helped with treatment until helicopters landed on the road.

The aircraft took the injured men to a forward-surgical team hospital, but Kolisnyk said they were in good condition when they left.