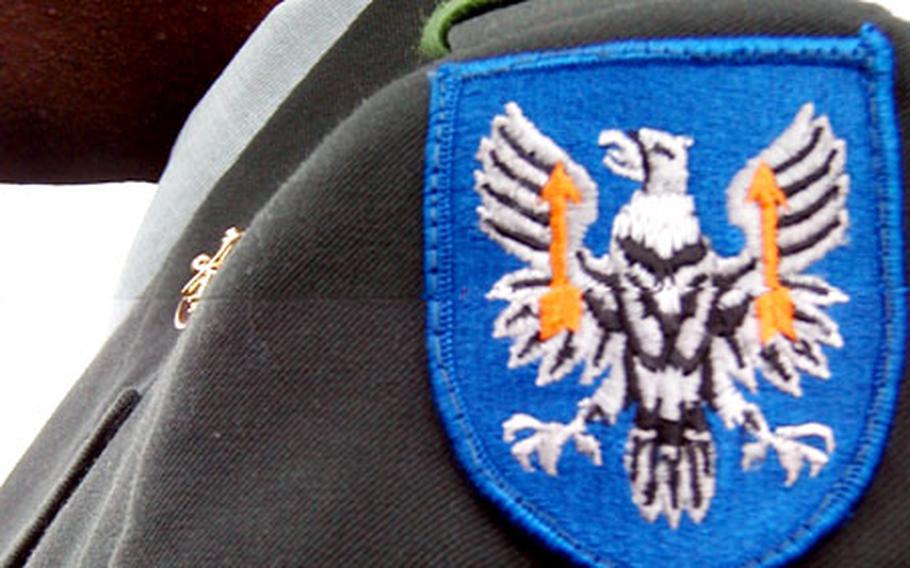 Retired Col. Benjamin Silver was there when the Army stood up the 11th Aviation Regiment (then called the 11th Air Assault Division) in February, 1963, and was its first executive officer. Now 83, and the only surviving member of its first command group, he was in Illesheim to see the regiment case its colors for the final time. (Steve Liewer / S&S) 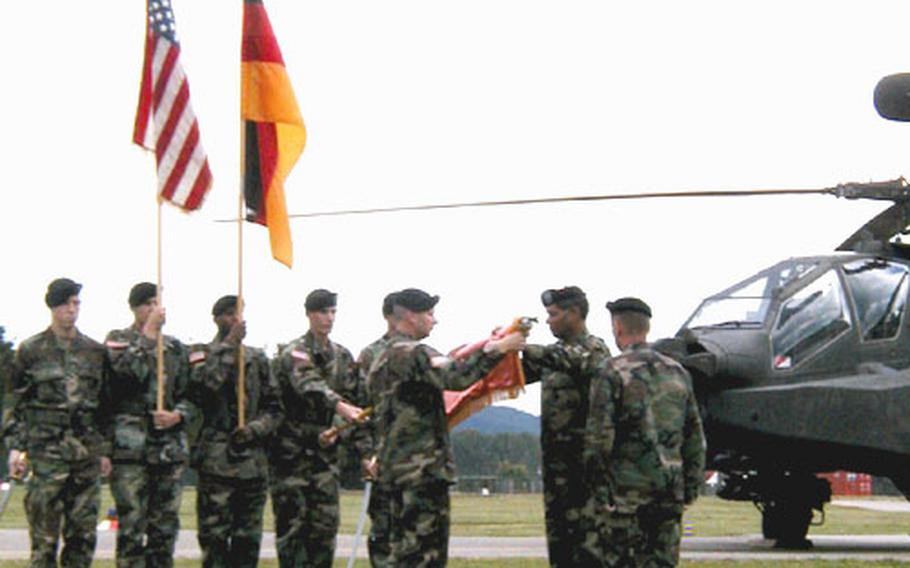 He helped give birth to the Army attack-helicopter unit as the executive officer of what was then called the 11th Air Assault Division (Test) in February 1963, back when the idea of using helicopters in combat seemed strange and new.

Now 83, he watched along with about 500 soldiers and guests as the last few members of the regiment&#8217;s headquarters company retired the 11th Aviation colors for what is likely the final time.

The end of 11th Aviation is part of the Army&#8217;s aviation transformation plan, a separate but complementary effort to the Army&#8217;s overall shift from a corps and division structure to brigade &#8220;units of action.&#8221;

U.S. Army Europe has announced plans to make the Army airfields at Illesheim and nearby Katterbach the home of USAREUR&#8217;s planned aviation brigade. Some of the AH-64 Apache and UH-60 Black Hawks already stationed there will stay under new flags. Some CH-47 Chinooks will move there as well.

The 11th Aviation&#8217;s inactivation affects about 95 soldiers and 60 family members. All but a few of the soldiers and officers have moved on to other units, said Command Sgt. Maj. Luis Baez, the unit&#8217;s senior enlisted soldier.

Silver said Defense Secretary Robert McNamara ordered the 11th Aviation&#8217;s creation to test the then-new concept of &#8220;air mobility.&#8221; After two years in Georgia, the unit was renamed the 1st Cavalry Division (Airmobile) and sent to Vietnam, where it stayed until the end of the war. The division earned Presidential, Valorous and Meritorious unit awards and numerous battle ribbons there.

In 1973, it took back the 11th Aviation name and moved to Germany, landing in Illesheim in 1988. In the Persian Gulf War, its then-new Apaches mounted strikes deep into Iraqi territory. The unit deployed to Bosnia- Herzegovina in 1996 and Albania in 1999.

During the fall of 2002, the 2-6 Cavalry led a quick-reaction force in Kuwait in preparation for Operation Iraqi Freedom. The rest of the regiment followed six months later. Its Apaches racked up 13,300 flight hours in 18 months, and the 2-6 Cavalry earned a Presidential Unit Citation for its support of the 3rd Infantry Division during the April 2003 assault on Baghdad.

Still, for those who went to war with the unit so recently, it seemed odd to see the colors cased.

The regiment&#8217;s books will officially close on Aug. 15. Baez, who is slated to retire from the Army in early September after 34 years, will be its last soldier.