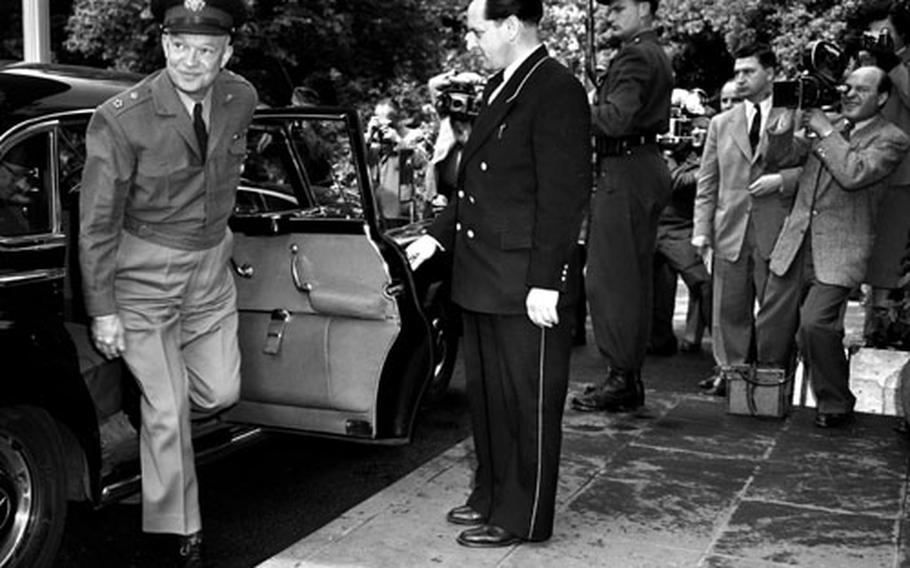 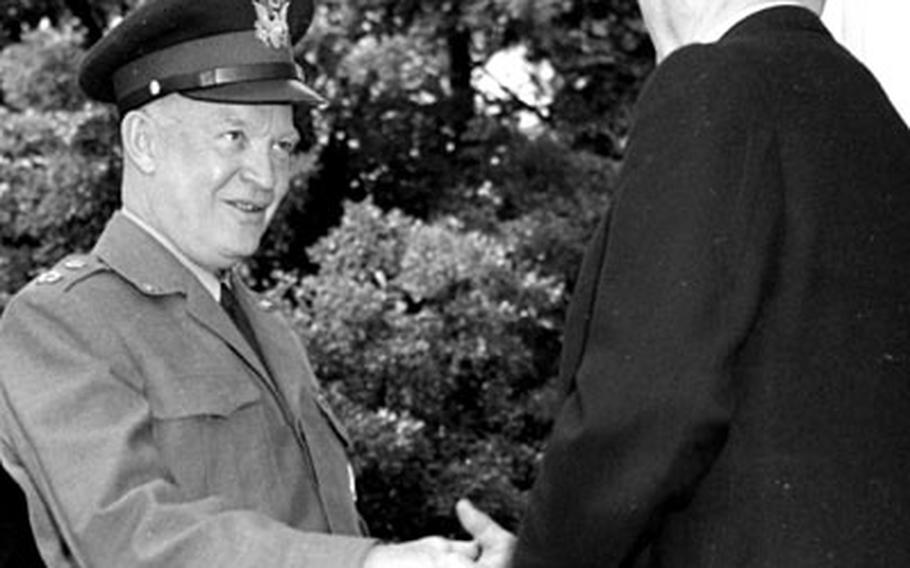 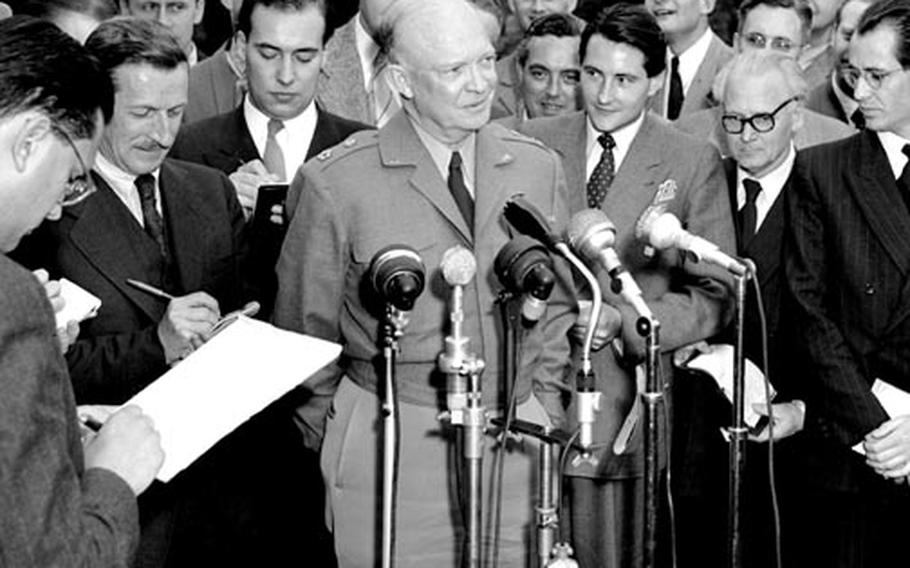 Eisenhower said he and the chancellor had talked about ways to create conditions of "peace, freedom and security." The five-star general predicted that "we are on the verge of a great development in which there will be a better understanding and feeling for all of us."

Following the luncheon, Eisenhower appeared on the terrace with Adenauer to face a battery of photographers and reporters.

"I have been fortunate enough to have had a conference with Chancellor Adenauer and we found ourselves in warm agreement on one point — that the young people of Europe deserve a better break than our generation had," Eisenhower said.

Eisenhower returned to Paris following the luncheon and his brief press appearance.

Eisenhower declared that his meeting with Adenauer was not devoted to discussion of "military alliances or means and methods of putting one people against another."

Eisenhower said that he and the 78-year-old West German chancellor had discussed "only how to do our part to create those conditions which will give these young people in Europe a chance to work out their own destinies."

Reporters were able to get in only one question. Eisenhower was asked whether he had discussed the problem of military equipment with Adenauer. He turned the question aside, saying that he did not think that was discussed.

Eisenhower said he was "rather amazed" by the large number of photographers and reporters on hand to cover his visit. After his brief remark, Eisenhower stepped back from the terrace into the chancellery building, paused in the doorway and, producing a Minox camera, turned the tables on the photographers b y photographing them amid laughter and popping flashbulbs.

While Eisenhower was at lunch, a circus playing in Bonn paraded four of its elephants onto the chancellery grounds in a salute to Eisenhower.