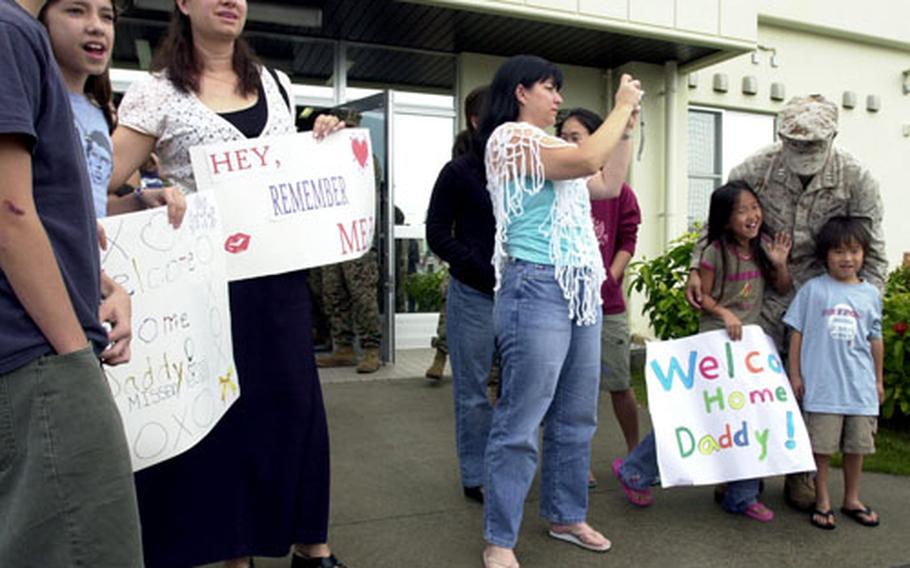 Relatives of Marines and sailors of Combined Medical Relief Team 3 hold up signs welcoming their loved ones home after almost a four-month earthquake relief mission in Pakistan. (Fred Zimmerman / S&S)

Relatives of Marines and sailors of Combined Medical Relief Team 3 hold up signs welcoming their loved ones home after almost a four-month earthquake relief mission in Pakistan. (Fred Zimmerman / S&S) 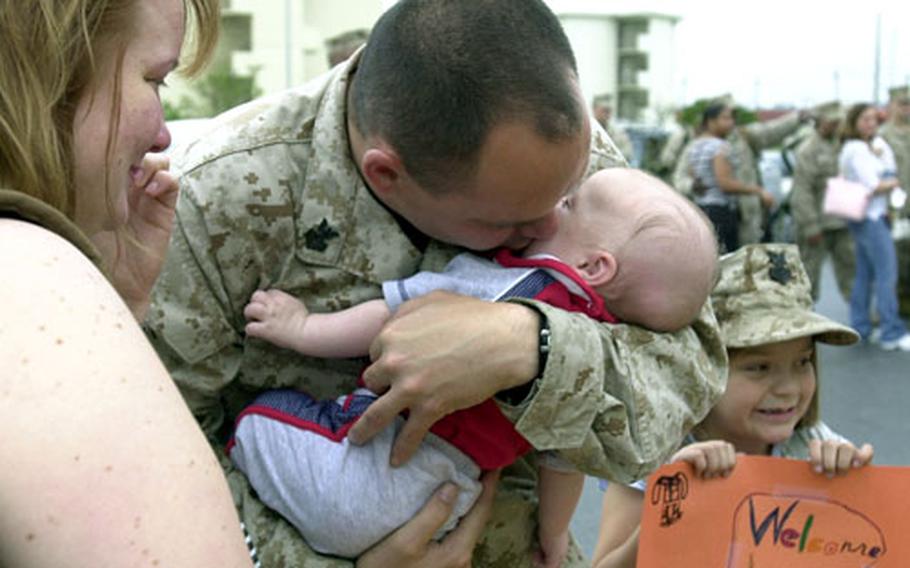 Petty Officer 1st Class Doyle McClellan, an x-ray technician, holds and kisses 3-month-old son Charles for the first time as wife Elizabeth and daughter Lydia, 7, look on. McClellan and almost 170 fellow Marines and sailors of Combined Medical Relief Team 3 returned to Camp Hansen from their earthquake-relief mission in Pakistan. While McClellan couldn&#39;t be there for the birth, he was on the phone with his wife throughout the delivery. (Fred Zimmerman / S&S) 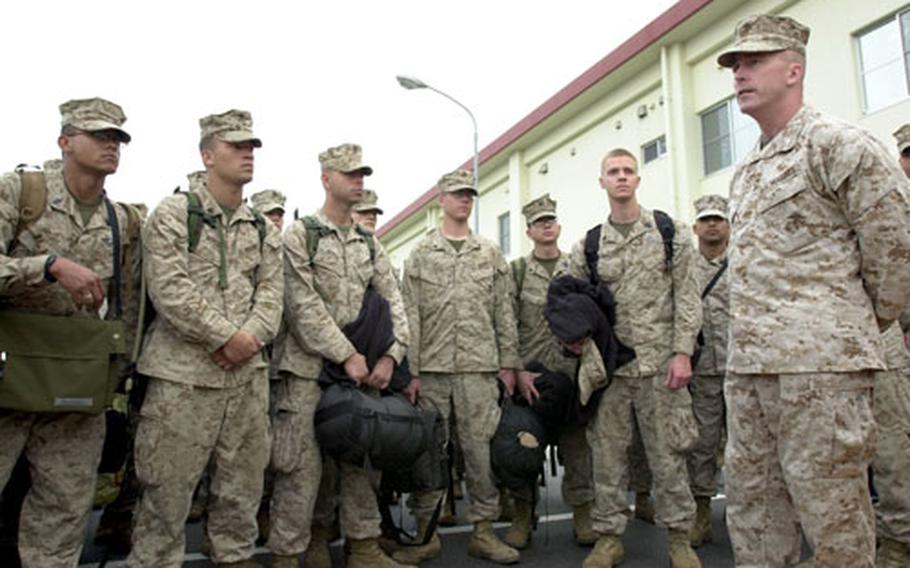 That was the first word out of Petty Officer 1st Class Doyle McClellan&#8217;s mouth when asked what he thought about 3-month-old son Charles when the two met for the first time here Tuesday morning.

The father, deployed with Combined Medical Relief Team 3 to Pakistan, wasn&#8217;t able to be there for his son&#8217;s birth. But the two became acquainted when some 170 Marines and sailors from throughout III Marine Expeditionary Force returned Tuesday from almost a four-month medical and humanitarian relief mission in Shinkiari, Pakistan.

During their deployment, they set up a field hospital, treated almost 15,000 patients and helped deliver more than 6.5 million pounds of relief supplies.

McClellan said he&#8217;s been on numerous deployments, including to Iraq, but the latest was by far the hardest because he missed his son&#8217;s birth &#8212; even though he was with his wife Elizabeth in a roundabout sort of way.

Despite meeting in the flesh for the first time Tuesday, Charles took to his father and didn&#8217;t seem to mind all the hugs and kisses from the virtual stranger.

Having her husband home, said Elizabeth McClellan, was a relief even though he hadn&#8217;t seen their new home: She moved while he was gone.

The CMRT-3 commanding officer, Lt. Col. Jamie Gannon, spoke briefly to the troops after they got off the buses outside the battalion headquarters. &#8220;The Marines and sailors, especially the young corpsmen, performed remarkably well,&#8221; he said.

Gannon said about 70,000 displaced Pakistanis were living in tent villages in the area where the field hospital was set up.

The team&#8217;s executive officer, Lt. Cmdr. Joe Patterson, said the deployment was about helping people and building bonds. &#8220;We&#8217;ve built relationships and friendships that will endure,&#8221; he said.