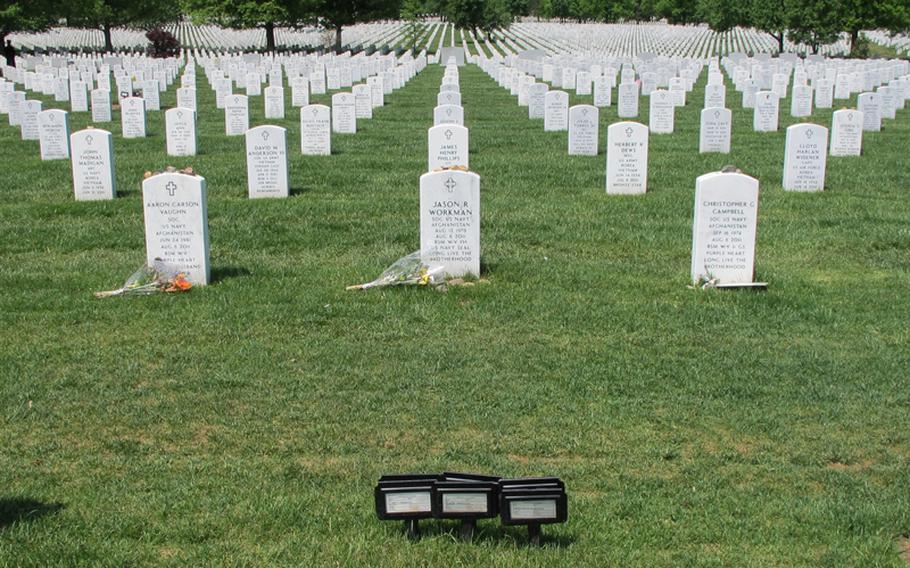 The final resting place for the crew of Spooky 21, lost over Laos in 1965, is seen at Arlington Cemetery, taken May 9, 2013 in Arlington, Virginia. (Claudia Himmelrich/MCT)

The final resting place for the crew of Spooky 21, lost over Laos in 1965, is seen at Arlington Cemetery, taken May 9, 2013 in Arlington, Virginia. (Claudia Himmelrich/MCT) 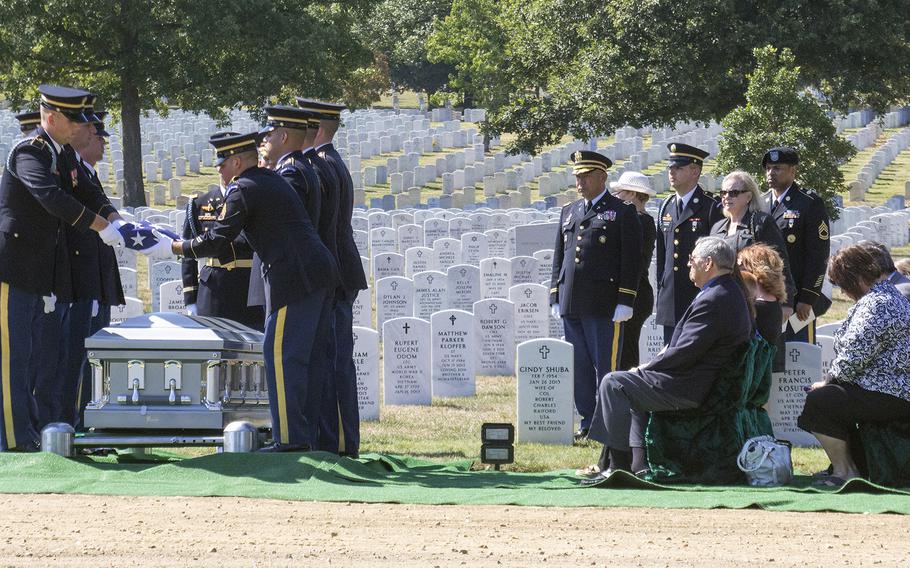 WASHINGTON — The Army has made “notable progress” in improving management of Arlington National Cemetery, according to a Department of Defense inspector General report released Friday.

But the cemetery still faces manpower and budget problems and burial time lines are not being met, according to the 81-page report.

The nation’s most revered military cemetery became the center of a scandal in 2010 that revealed graves had been mixed up and bodies buried on top of one another, among problems uncovered in an earlier DOD IG investigation. The problems led to reprimands from Army Secretary John McHugh and replacement of top management. Meanwhile, veterans’ families have complained of backlogs and long waits for burial ceremonies.

But the latest investigation, which also looked at Soldiers’ and Airmen’s Home National Cemetery in Washington, found major improvement in cemetery operations.

Arlington management has instituted a system to accurately track new burial locations, the report said. And of nearly 65,000 burials identified with record-keeping problems in 2010, only about 7,500 still required resolution by July 2013. Eighty percent of those now have either been corrected or soon will be, the report said.

“The remaining 20 percent (approximately 1,509 cases) requires further research and adjudication before final corrective action can be taken,” the report said. “Given the age of some of these burials and/or lack of records, some discrepancies may never be resolved. Accountability is assured, but 100 percent information accuracy is elusive.”

The report also said the “culture and Esprit de Corps” of personnel at the cemetery has improved, and that Internet tools administered by the Army effectively help current visitors locate graves.

The report observed that the problems that came to light in 2010 arose during a period of high operational tempo and budget constraints, combined with “structure and processes [that] were insufficiently mature, stable, and funded to execute the complete ANMC mission set.”

While acknowledging a wide range of improvements, the report said cemetery manpower may still be inadequate because of budget constraints, and identified potential shortages in information technology staffing.

“The ANC mission pace is demanding and requires sufficient personnel in the work force to meet the high demand, exacting standards, and operational surges,” the report said.

Among the effects of the manpower shortage was a failure to meet burial time line standards, the report said.

“On average, ANC received more requests for burial services each week than they had the capacity to perform,” it said.