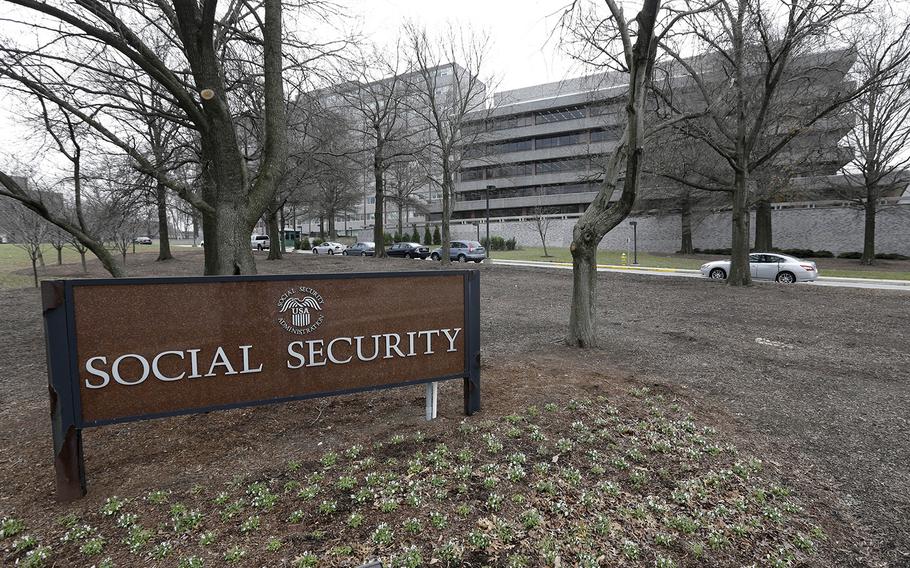 WASHINGTON — The Social Security Administration has paid out nearly $38 million in benefits to hundreds of dead veterans, according to a government watchdog report that partially blamed the Department of Veterans Affairs for inaccurate death records.

The inspector general for the Social Security Administration released the findings in a report last week that stated the SSA continued to pay people the VA listed as dead. In other instances, the VA had listed people as dead who were still alive. The SSA told inspectors that the VA had also failed to share in their monthly reports the names of some people who had died.

If the issues between the agencies aren’t resolved, inspectors estimate the SSA will pay out more than $7 million to dead people during the next year. The office estimated $37.7 million in Social Security payments had already been sent to 746 people after they died. It was unclear Tuesday how far back the cases go.

“We have notified the VA of our concerns with their data and they are reviewing the issue internally,” Stephanie Hall, acting deputy chief of staff at the SSA, said in an official response to the report. “We will continue to process death reports we receive from the VA per our policy, but we are unable to control the accuracy of the information VA provides.”

A VA spokesman said Tuesday, “It’s important to note that the vast majority of the records VA provided SSA in 2016 were accurate.”

In 2016, the Inspector General's Office received 17 million death records from the VA and checked them against the Social Security Administration's database. Inspectors found 3,925 cases of people receiving Social Security payments after they were listed as dead. They estimated the amount of improper payments based on a sample of 100 of those cases.

The issues have spanned more than a decade. A report from the SSA inspector general in 2006 found errors with the SSA sending payments to veterans the VA listed as dead. At the time, $11.7 million in payments had been made.

In the newest report released Aug. 29, inspectors cited one veteran who died in August 2008 and received retirement benefits totaling $160,000 until March 2017, when the SSA stopped the checks. Another veteran who died in 2005 continued receiving Social Security for 12 years, totaling $102,000 in improper payments. The agency’s Office of Investigations opened reviews into both cases.

Another veteran died in March 2015 and was buried in a national cemetery run by the VA but received $23,000 total in benefit payments for two years afterward. The U.S. Treasury recovered more than $13,000 from the veteran’s bank account.

In response to the report, the Social Security Administration agreed to review the 3,925 cases that inspectors uncovered of people receiving payments after the VA listed them as dead, and identify any potential instances of fraud.

The SSA was also asked to work with the VA to exchange accurate information.