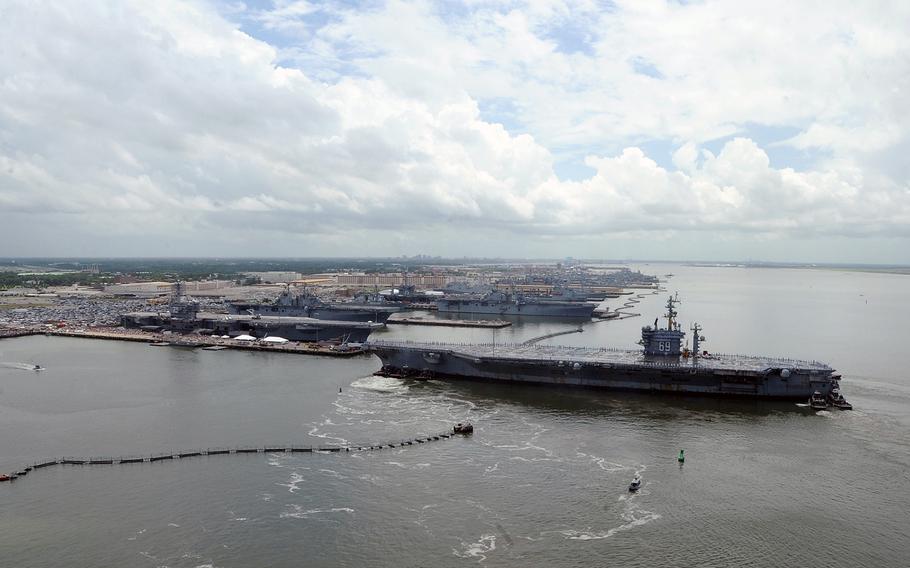 NAPLES, Italy — Despite spending nearly a billion dollars to overhaul its accounting system, the Navy still can’t support its appraisals of the value of ships, aircraft and other military equipment, a DOD Inspector General report found.

The Navy reported $416 billion worth of equipment in its inventory in the last fiscal year, a figure that totals the value of military equipment as adjusted by age, wear and lifespan.

The calculations behind that total are opaque, because the Navy’s property system is incompatible with the DOD’s — the Defense Property Accountability System. The service’s Office of Financial Operations currently takes equipment lists provided by Naval Air and Naval Sea systems commands and manually reconciles them with DPAS, creating a gap in the resulting records, the report stated.

The Navy has been aware of the issue since 1996 and first addressed it in 2005, when it promised to include equipment appraisals in a new financial management system. Under the program, Navy personnel could enter their property items into a common system with DPAS, making every step of the appraisal process visible to auditors.

But that program was left out of the $870 million system when implementation began in 2007, according to the report. The Navy had no plans for including it as late as January of this year.

In a response included in the report, the Navy’s deputy assistant secretary for financial operations told authors that resources in his office were tight and reworking the equipment valuation system not a high enough priority.

The authors recommended the Navy re-engineer its financial system to add the equipment accounting capability.

An inability to audit Navy equipment values is another challenge to the DOD’s goal of achieving fully auditable financial statements by 2017, as required by Congress in the Fiscal 2010 National Defense Authorization Act. The difficulty of blending legacy financial systems from each of the services has made progress difficult in recent years, according to a 2012 Government Accountability Office report.