If you have to deploy, Kyrgyzstan is the place to be 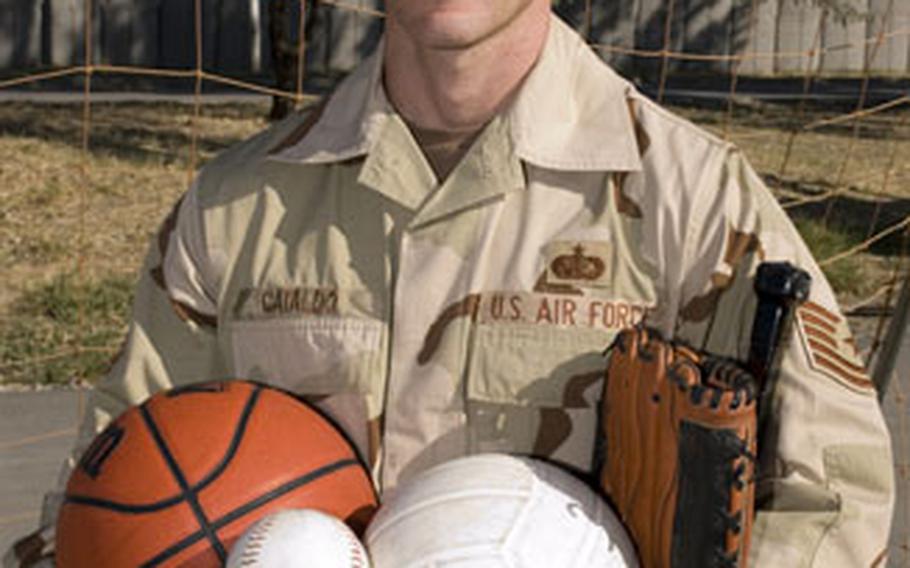 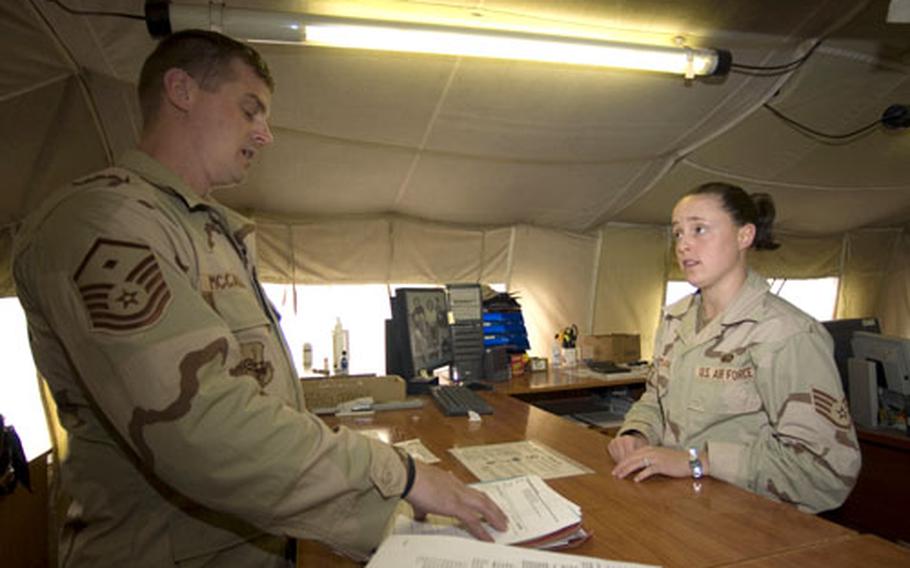 One of about 1,400 airmen from Pacific Air Forces serving throughout Southwest Asia for the current four-month Aerospace Expeditionary Force rotation cycle, Sakurai &#8212; normally a food specialist at Misawa Air Base in northern Japan &#8212; has found that deploying during wartime isn&#8217;t as bad as she thought.

Sakurai counts herself lucky she landed an AEF assignment to Manas Air Base, Kyrgyzstan, along with eight of her Air Force colleagues from Misawa&#8217;s 35th Services Squadron.

Manas was built after the Sept. 11, 2001, terrorist attacks. Located next to an international airport just outside the country&#8217;s capital of Bishkek, Manas is a transportation hub for personnel and cargo supporting Operation Enduring Freedom.

She pulls 12-hour shifts at Shooter&#8217;s recreation center six nights a week and usually sleeps on her day off. But she&#8217;s been amazed by how quickly she&#8217;s made friends &#8212; airmen from Ramstein Air Base in Germany, Ellsworth Air Force Base in South Dakota and other far-flung places.

&#8220;Where I work is where everyone comes in on their time off,&#8221; Sakurai said, noting the contact helps ease the sting of missing family in Honolulu and friends at Misawa.

Sakurai and her co-workers arrived in the former Soviet republic on Sept. 8. They help take care of more than 1,200 U.S. and coalition troops for the Air Force&#8217;s 376th Air Expeditionary Wing. Like Sakurai, many work outside their Air Force career field, while some take on tasks normally assigned to civilians at Misawa.

They haven&#8217;t had much time to see the sights off base; a guided horseback riding trip in the mountains is one of the more popular tours offered at Manas.

Tech. Sgt. Jerry Cataldo, the Potter Fitness Center facility manager at Misawa and the recreation flight chief at Manas, goes downtown occasionally for his job and to volunteer. He runs the two recreation centers at Manas and shops for clothing, sports gear, electronics and other items to give away as prizes for the numerous tournaments and special events he helps organize.

Away from work, Cataldo, through the Manas Air Base Outreach Society, volunteers for the local Habitat for Humanity chapter, building houses for Kyrgyzstani living in shacks or tents. The single-story wood homes use a type of reed for insulation and have an outhouse in the back.

Living in a dormitory at Manas with indoor plumbing is a luxury in this deployment for Staff Sgt. Georgette Dieckmann. She remembers all too well stepping outdoors in the middle of the night at Al Udeid Air Base in Qatar to dash to the john.

An Air Force fitness specialist, Dieckmann is working lodging operations at Manas. Lodging&#8217;s biggest project is moving everyone out of tents and into dormitories over the next three months, she said. With that transition and so many troops transferring through the base, keeping lodging records updated is a constant battle, she said.

She said being away from her husband, Staff Sgt. Brian Dieckmann, has been difficult. The two moved to Misawa this summer &#8212; and a week after their household goods arrived she departed for Kyrgyzstan.

Cataldo, who said he&#8217;s deployed more times than he can count, sees part of his job as ensuring that young airmen under his wing get involved with trips downtown or other facilities or organizations on base.