If Kinnick students test well, principals will get new hairdos 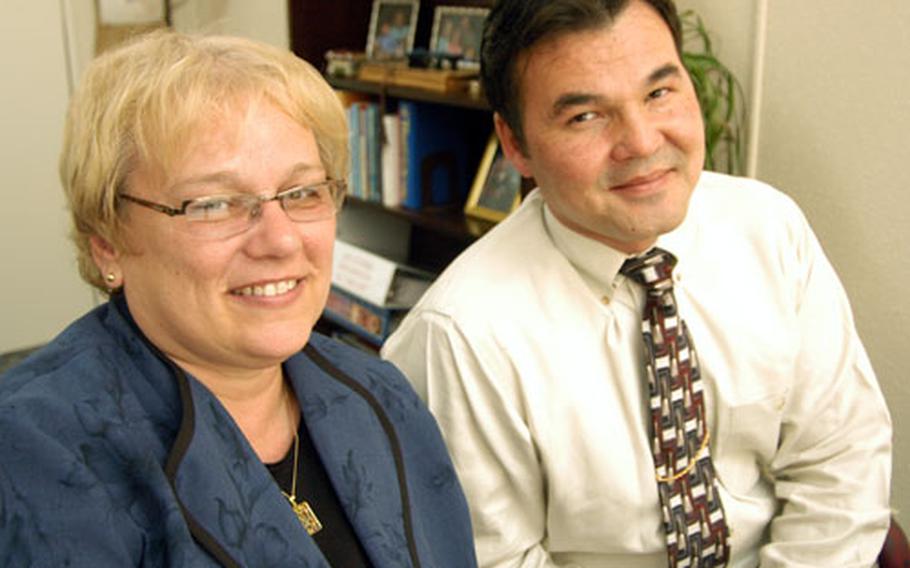 YOKOSUKA NAVAL BASE, Japan &#8212; If you were in high school, would you rather see your principal:

a) wear a tutu for a week

Why? Because messing with hair prolongs victory more than the other humiliating options, explained senior Chris Sanders.

Whatever works, say Tran and Kennedy, who want students to take the TerraNova test seriously. If the freshmen improve five percent over last year&#8217;s scores, Tran gets a mohawk. If they improve seven percent, Kennedy will join Tran and dye her hair bright green.

The TerraNova is a standardized test that assesses students in reading, language arts, math, science and social studies. More than 400 Kinnick students in grades nine through 11 just finished three days of testing, and Tran sent out the tests for grading Monday. He expects results back in a month.

Although there is no funding directly attached to TerraNova testing, it&#8217;s an important tool schools use to identify their strengths and weaknesses, Tran said.