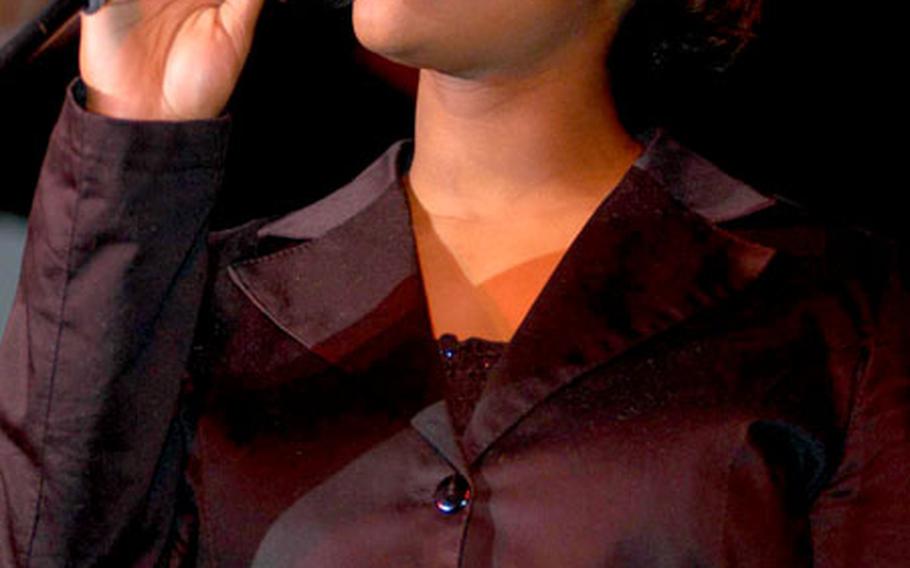 Airman Rhonda Smiley, who has been singing since age 6, will get a chance to show off her vocal chords at Ramstein Air Base, Germany, in April, after winning Saturday’s "Aviano Idol" contest. (Kent Harris / S&S)

Airman Rhonda Smiley, who has been singing since age 6, will get a chance to show off her vocal chords at Ramstein Air Base, Germany, in April, after winning Saturday’s "Aviano Idol" contest. (Kent Harris / S&S) 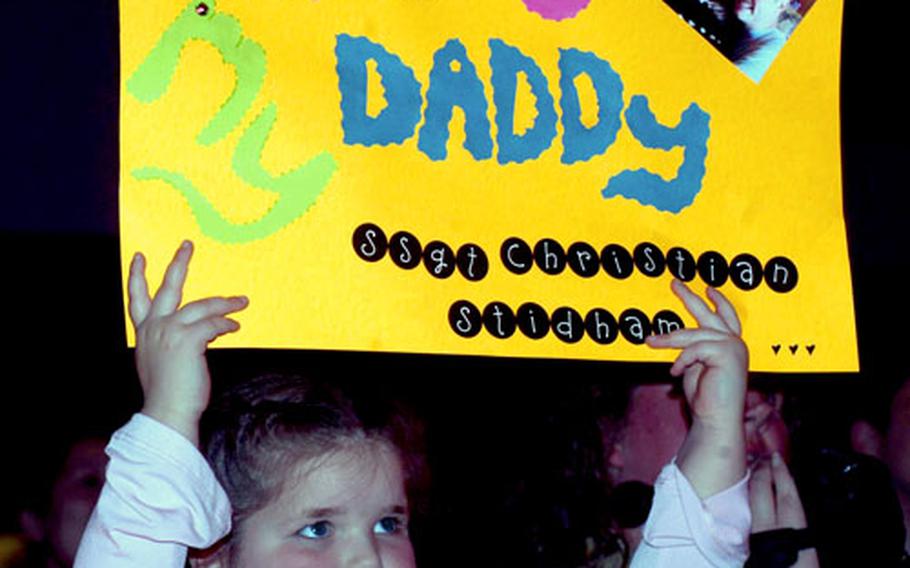 Every contestant had their fans at the “Aviano Idol” contest Saturday night at the base’s community center. Kyla Stidham, 4½, shows off support for her daddy, Staff Sgt. Christopher Stidham. (Kent Harris / S&S)

But the senior airman from the 603rd Air Control Squadron impressed a few hundred people Saturday night. Smiley won the &#8220;Aviano Idol&#8221; contest, earning a trip to Germany in April to take on the best from the rest of the U.S. Air Forces in Europe.

Seemingly everyone in the audience was there to support a friend.

Smiley turned out to be the winner, though. Airman 1st Class Elizabeth Liddy from the 31st Maintenance Squadron was second and Capt. Summer Davis from the 31st Mission Support Group was third.

Backed by Touch &#8217;n Go, a USAFE band, 11 performers took to the stage in the second in a series of &#8220;Idols&#8221; at USAFE bases. There were four competitors recently at Lajes Field in the Azores. Three stops in England, two in Germany and one in Turkey are still ahead. The top performers from all the bases will meet April 23 at Ramstein Air Base to determine the command&#8217;s top vocalist.

Jeffrey Davis, assistant director for the community center and one of the local organizers, said there weren&#8217;t any William Hungs that wanted to take the stage. Hung is infamous for his off-key audition on &#8220;American Idol&#8221; that he somehow turned into a record deal.

Instead, the laughs Saturday were supplied by host and AFN radio personality Chris Vadnais, who appeared to have better material than &#8220;American Idol&#8221; host Ryan Seachrist. Vadnais joked that the &#8220;USAFE Idol&#8221; winner would probably appear in an AFN commercial with Gen. Robert Foglesong, the USAFE commander.