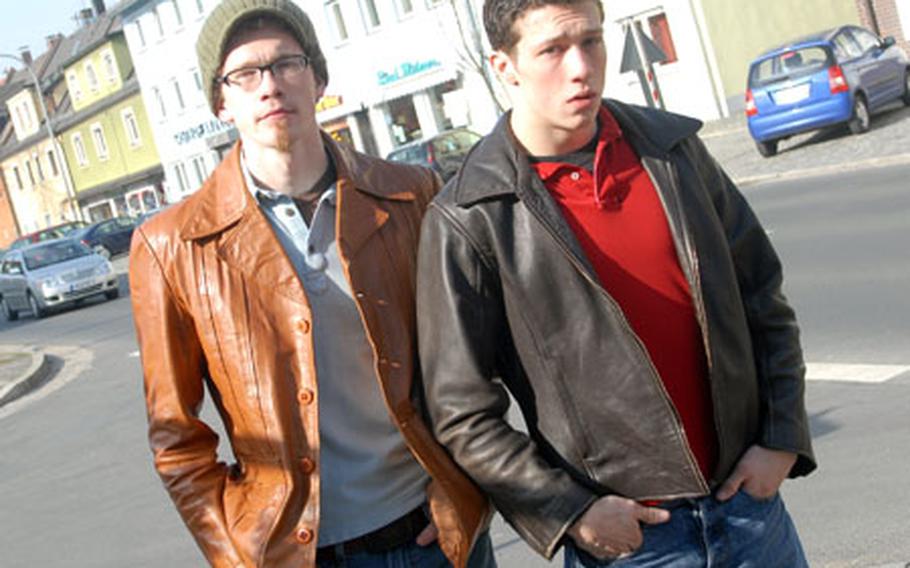 The 28-year-old Greenville, S.C., musician caught the eyes, and ears, of judges Simon Cowell, Paula Abdul and Randy Jackson during auditions in Birmingham, Ala., last month and was selected last week as one of the final 24 contestants who will vie for a $1 million recording contract as the next American Idol.

Sligh, the odd&#8217;s-on favorite with online bookmakers to win the talent quest, moved to Greenville to attend university 10 years ago but spent most of his childhood in Wiesbaden, where his father, Chuck, was a missionary pastor for a decade.

One online gambling site, www.BetCRIS.com, puts Sligh as a 4&#189;-to-1 favorite to win the crown.

Chuck Sligh, a talented guitar player and singer who passed on his love of music to his sons, is now pastor at the Grace Baptist Church, just outside Grafenw&#246;hr&#8217;s Gate 1, and works as a field representative at Central Texas College on-post at Vilseck.

One of Sligh&#8217;s brothers, John, 25, plays guitar and piano and works at the Vilseck food court and his other brother, Alan, 18, plays piano, works at the Grafenw&#246;hr Commissary and wrestles for Vilseck High School.

For his Birmingham audition, Chris Sligh sang &#8220;Kiss From A Rose&#8221; by Seal and was quickly put through to Hollywood. But the young crooner might have an alternative career as a comedian.

John Sligh, who plans to teach English, said numerous fan Web sites devoted to his brother have sprung up this month.

The brothers said &#8220;American Idol&#8221; representatives told the family not to talk about Chris&#8217; life. However, they did say that their father exposed them to a lot of Christian and classical music growing up.

&#8220;My dad made us listen to classical music because he wanted us to recognize the talent and everything that went into it. Anyone can play guitar but not everyone can arrange an orchestra or write things like Beethoven or Bach,&#8221; Alan Sligh said.