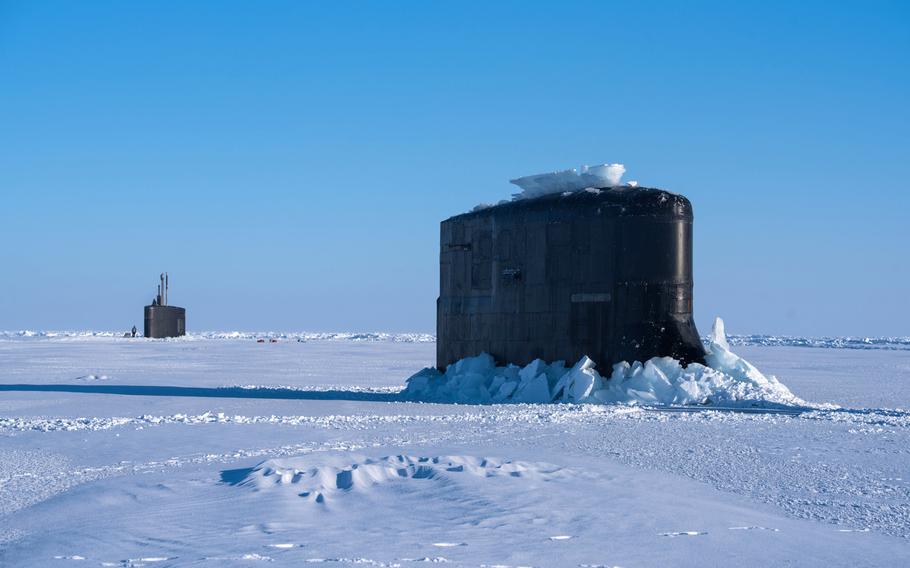 NATO’s top official in Iceland on Tuesday downplayed worries about a potential rift with the small Arctic Council nation, whose leader has expressed interest in quitting the alliance.

Stoltenberg, who arrived for talks on security in the High North, was speaking alongside Iceland Prime Minister Katrin Jakobsdottir, a socialist who has said her country should withdrawal from NATO.

For the U.S.-led alliance, Iceland is a key strategic ally even though it doesn’t have a military of its own. Allies routinely conduct maritime surveillance from an Icelandic base, where NATO tracks Russian military movements in the north Atlantic and Arctic.

“Your strategic location in the Atlantic helps to bind North America and Europe together,” Stoltenberg said.

The Arctic has emerged as a high-profile security issue for the U.S. and NATO. The concerns stem from melting ice that will eventually open long-closed sea lanes, and a Russian military buildup in the region that could exploit the situation. China also is looking to gain a foothold in the Arctic in what U.S. European Command officials have called an “economic charm offensive.”

Russian forces have reoccupied seven former Soviet bases in the Arctic Circle and built other new bases in the region, Foggo said.

“They have renewed their capabilities in the North Atlantic and are aggressively extending their reach in the Arctic,” Foggo said in a command podcast. “The improved capability of Russia to project power into this region, from the Northern Sea Route to the Greenland-Iceland-UK Gap, is something that we must pay particular attention to.”

In the case of Iceland, its strategic location has been important for NATO dating back to the Cold War, when U.S. troops were based there. The country also played a large role in hosting allied forces in 2018 when NATO held one of its largest exercises since the collapse of the Soviet Union.

However, despite majority support for membership in Iceland’s parliament, the country’s left-wing prime minister has staked out a rare position as a NATO head of state opposed to alliance membership.

“My personal position is that we should leave NATO, so I am critical towards any increased militarization of the North Atlantic, but our government will stick to the security policy that we have agreed upon and a part of that policy is our membership of NATO,” Jakobsdottir said in November, as quoted by Arctic Today.

On Tuesday, she did not address the issue of NATO membership, but said security in the Arctic is in everyone’s interest.

“Firstly, we talked about the Arctic, and I think we share concerns,” Jakobsdottir said. “The Arctic should stay a low-tension zone.”

Stoltenberg said institutions like NATO play a role in maintaining order in “uncertain and unpredictable times.”

“We need to try to continue to work to maintain low tensions in the High North despite the fact that we see more military presence, especially of Russian capabilities, up here,” Stoltenberg said.