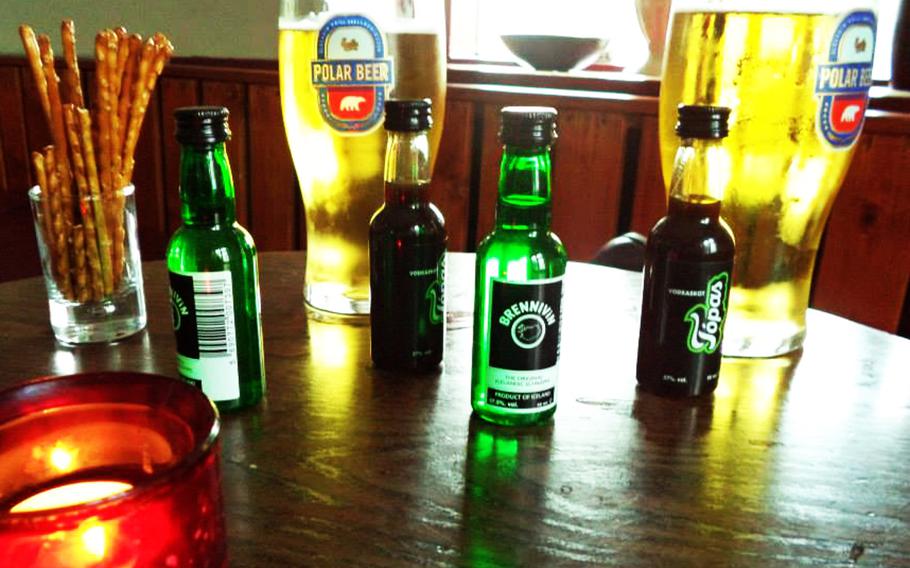 Icelandic beer and liquor inside a Reykjavik pub. American sailors and Marines caused a beer shortage in Iceland's capital this weekend, while they were there for the NATO exercise Trident Juncture. (Martin Egnash/Stars and Stripes)

Icelandic beer and liquor inside a Reykjavik pub. American sailors and Marines caused a beer shortage in Iceland's capital this weekend, while they were there for the NATO exercise Trident Juncture. (Martin Egnash/Stars and Stripes) Laugavegur street is a popular area to visit in Reykjavik, Iceland. (Martin Egnash/Stars and Stripes) 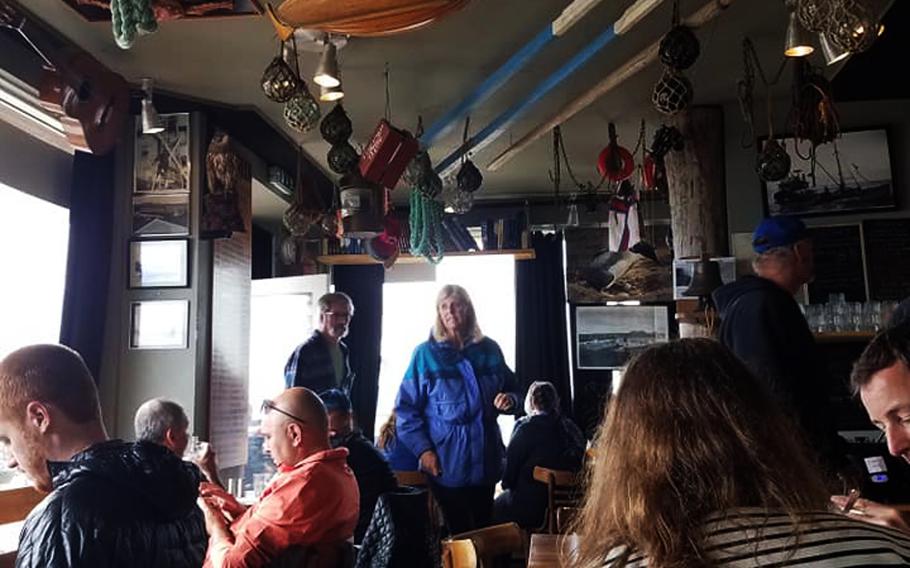 Inside a bar and restaurant along Iceland's coast, just outside of Reykjavik. (Martin Egnash/Stars and Stripes) The influx of thirsty American servicemembers over the weekend caused a beer shortage in many of the popular drinking establishments in the small country.

Almost 7,000 sailors and Marines were in Iceland for the exercise. The population of the Iceland is about 340,000.

Reykjavik’s small downtown has several bars that would immediately stand out to an English-speaking American, like the English Bar, the U.S. gangster-themed Dillon Whiskey Bar, and the Lebowski Bar, themed on the popular movie The Big Lebowski.

One bar the Americans frequented was the U.S.-themed American Bar, where, according to local bartender Ingvar Svendsen, they sold more than twice the amount of beer they anticipated selling this weekend.

“We had to send people out of the bar to our warehouses to bring beer back as quickly as possible,” Svendsen told Stars and Stripes on Monday. “Other bars ran out of beer altogether.”

A local Icelandic news site, Visir, reported that the brewery Olgerdin Egill Skallagrimsson, which makes the country’s most popular beer, Gull, had to send out emergency beer runs to supply the bars.

The servicemembers preferred local beers over imports and were very willing to sample craft brews as well as the standard lagers, according to Visir.

The Americans also put a strain on the hard liquor in Iceland, Svendsen said, but due to its high prices compared to the U.S., there was still some left over after the weekend.

Even though the Americans may have redefined the expression “drinking like a sailor” during their weekend in Reykjavik, Svendsen said they were well-behaved and the locals enjoyed their presence.

“(The Americans) were very polite and friendly, and caused no problems at all,” Svendsen said. “It looked like they were having a lot of fun. It was fun for us too, having them here.”

The sailors and Marines were in Iceland to conduct amphibious operations in support of Trident Juncture, currently underway in the North Atlantic. The amphibious force conducted air assault and cold-weather training, and docked ships in Reykjavik’s harbor.