'I thought he was going to kill me': Army investigating Fort Riley soldier’s abuse allegations 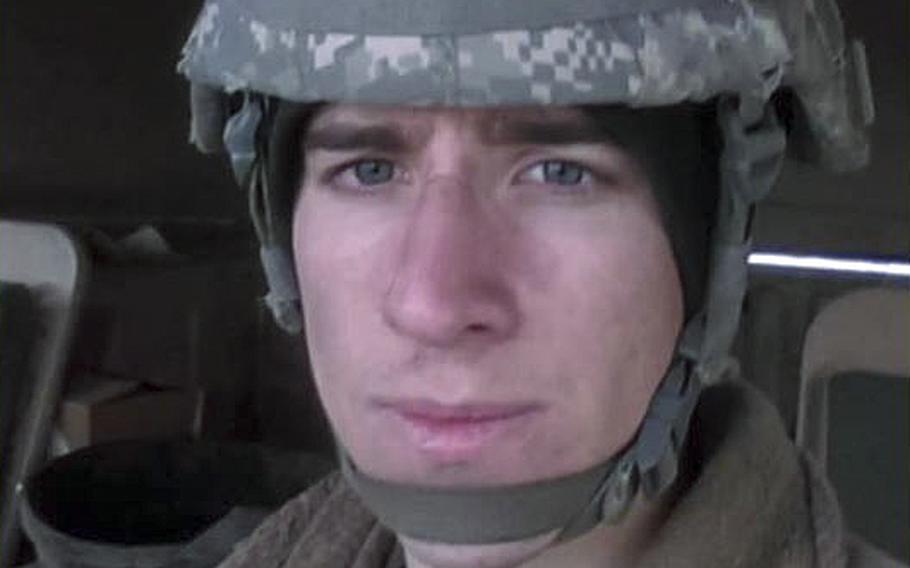 The Army is investigating a Fort Riley soldier’s claims he was subjected to physical punishment that left him seriously injured and that he has been persecuted by his chain of command since.

“It was probably the most terrifying experience of my entire life,” Pvt. Tanner Frederick, a soldier in the Army’s 1st Infantry Division, told Cleveland television station WOIO.

The initial incident happened on Nov. 6, 2017, while Frederick’s infantry company was at Fort Polk, La., undergoing urban combat training. The private said a noncommissioned officer slammed his head into the ground several times, causing him a traumatic brain injury and other injuries.

The military has long struggled to curb the culture of violent, bloody and sometimes deadly hazing and bullying practices that have scandalized the public for decades. This spring, a broad Pentagon order addressing all forms of harassment within the ranks required each service to report data for a first-of-its-kind report on hazing and bullying due on Dec. 1.

Frederick, who had been in the Army about six months, said he was “getting smoked” for discussing his plans to report misconduct and hazing. But the physical punishment went on too long, and his team leader took things too far.

After what he said were hours doing pushups, he collapsed and was barely conscious. But a corporal wouldn’t let him quit and kept pushing him.

Before being taken to the hospital, Frederick said, NCOs tried to convince him and another private to lie about the injury and say it was the result of a fall.

“Make no mistake about it was absolutely an assault,” said Lt. Col. Terence M. Kelley, the spokesman for the base and the 1st ID. “It was not hazing, but it was assault … It’s a violation of the Army values.”

The corporal was administratively removed from his team leadership position and demoted to a specialist — a different rank, but the same pay grade — and later received nonjudicial punishment of extra duty, Kelley said. He has since left active duty at the end of his contract.

“Hazing undermines military readiness,” Kelley said. “Tough and realistic training … is obviously a military priority, but once it becomes hazing, commanders have an obligation, and we take that seriously, to eliminate any form of hazing.”

Soldiers are encouraged to report such incidents and other forms of harassment to their commanders, equal opportunity representatives, chaplains or medical personnel, Kelley said.

Frederick’s case follows a series of incidents in the past decade where hazing or bullying turned deadly, including a case of a Marine recruit who jumped to his death during training in 2016. That led to his drill instructor being convicted in 2017 of hazing and abusing recruits. The officer in charge of the training battalion pleaded guilty to three charges related to the incident this year.

But Frederick told Stars and Stripes he thinks his team leader got away with a slap on the wrist, while the 23-year-old private believes he’s being persecuted in retaliation.

Fort Riley officials say Frederick has demonstrated a pattern of misconduct since the assault. Kelley said he was given nonjudicial punishment twice, once in May by a company grade officer and once in June by a field grade. Neither of the officers was in Frederick's chain of command when the original assault occurred, he said.

Frederick, who said he has memory issues because of the concussion, said he believed the earlier charges had been dismissed and the later charges were being trumped up to force him out of the Army.

The brigade commander met with Frederick last month to discuss what the young soldier believes was mistreatment and has opened an investigation, ordering an officer from another battalion to investigate the matter, Kelley said.