'I had to talk about it,' Holocaust survivor tells Bamberg audience 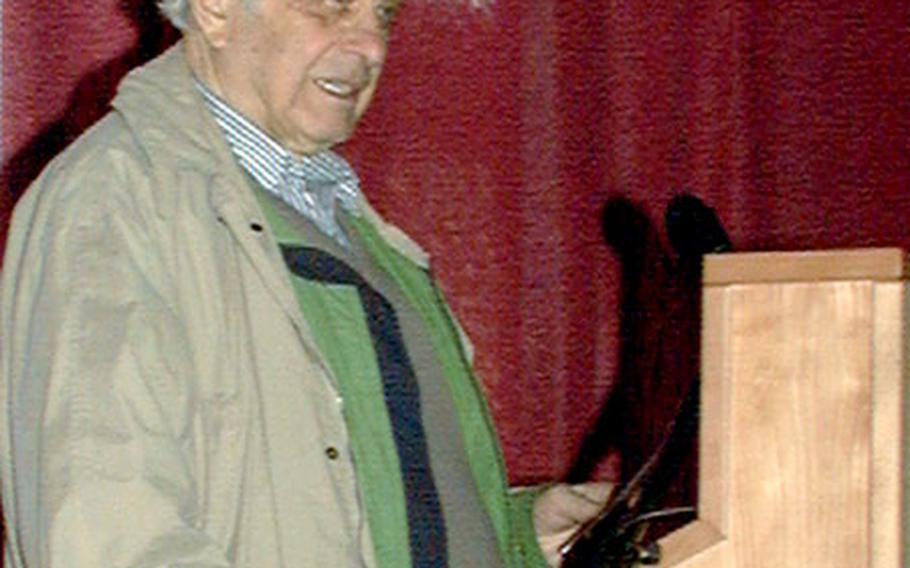 BAMBERG, Germany &#8212; They say a picture is worth a thousand words.

But for the audience of Holocaust survivor Michael Walter, his words described the suffering more poignantly than any of the dozens of photos on display Wednesday in Bamberg.

He described a family photograph that was taken when the octogenarian was about 5 years old, in the late 1920s. In it, his parents and two siblings join his three uncles and their families. In all, 18 people are pictured.

&#8220;Millions of people were persecuted and killed during the war, but no one can imagine that many people. When you look at my family, you realize that about one in nine survived.&#8221;

He spoke to an audience of about 100 people during Bamberg&#8217;s observance of Days of Remembrance, a national, annual weeklong event that commemorates the atrocities of the Holocaust.

He spent the next 50 years, initially in the United States and now in Germany, living in silence about his experiences.

However, for the past seven years, Walter has visited American and German high schools to talk to children. He said that many children don&#8217;t understand how millions of people were held in concentration camps.

He also speaks at U.S. military installations throughout Germany for events like Days of Remembrance.