Husband and wife promoted together 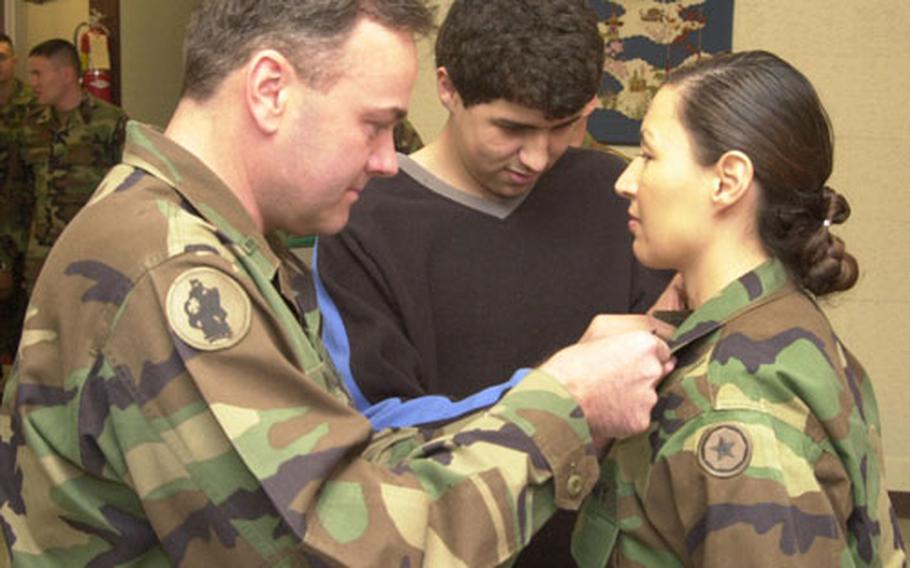 SEGAMI DEPOT, Japan &#8212; It was a perfect coincidence and a chance for Mr. and Mrs. Walker to see each other promoted.

It was the first time Jay hasn&#8217;t missed his wife&#8217;s promotion because of a deployment.

&#8220;We kind of joked about it," Julianna said, noting the couple didn&#8217;t think their promotions would coincide.

She was selected for promotion in the spring but the actual month for the pinning is based on the promotion order. &#8220;It goes by sequence number,&#8221; she said. December was her month.

Jay recently learned he was promoted; it was later than usual because the warrant officer promotion board decisions were delayed this year.

She already has her sights on the next advancement.

Jay, 37, planned to enlist for just three years to help pay for college. That was 19 years ago.

Neither regrets making the Army their career.