Husband and wife get pinned on same day in Yokosuka 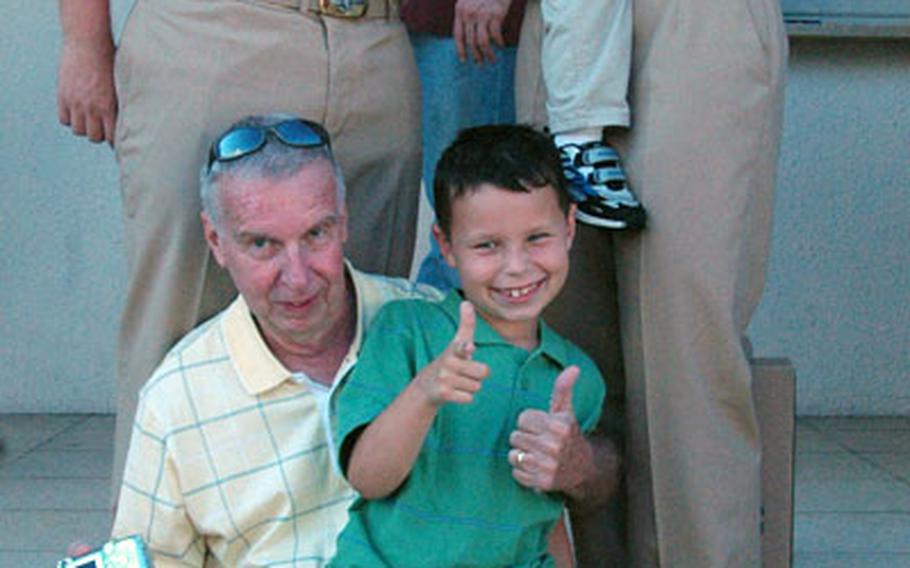 Chief Petty Officer John Shropshire and Chief Petty Officer Shannon Shropshire posed after with their sons Ethan (bottom) and Aidan (top) and John’s father, John Sr. The Shropshires were both formerly photographer’s mates, switched to intelligence specialist together and now have made chief petty officer together. John and Shannon pinned each other during each of their respective pinning ceremonies. (Chris Fowler / S&S)

YOKOSUKA NAVAL BASE, Japan &#8212; The e-mail was short, but life-changing.

Both had been selected for promotion to chief petty officer.

Two children later and separated by sea, the selections for chief made their lives a little more complicated.

To help manage the rigorous six-week induction process as a temporary single parent, John asked his father to come to Japan to help with the children.

When Kitty Hawk moored in Yokosuka on Friday morning, the day of both pinning ceremonies, John, his father and the boys, Ethan, 7, and Aidan, 3, were all on the pier waiting for Shannon.

John pinned chief petty officer anchors on his wife during the carrier&#8217;s CPO ceremony held on the flight deck.

Afterward, the family raced to the Fleet Theater, so John could change into his uniform. A couple hours later, his wife pinned the anchors on her husband.

Due to the timing of the ceremonies, the question is which of the two is senior?

But none of that seemed important.