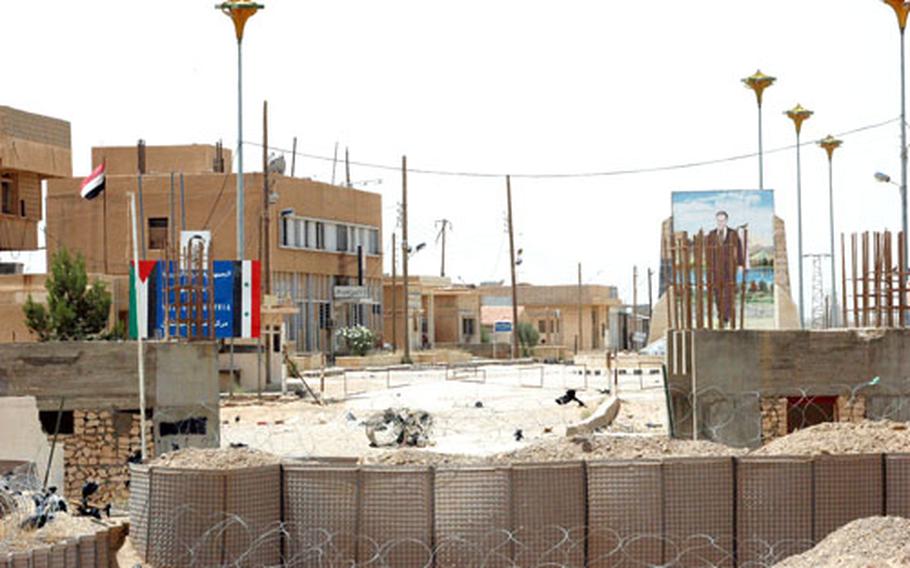 The Syrian border crossing at thewestern Iraqi city of Husaybah hasbeen closed since November, but the U.S. Marines may reopen it to boost commerce. (Andrew Tilghman / S&S)

The Syrian border crossing at thewestern Iraqi city of Husaybah hasbeen closed since November, but the U.S. Marines may reopen it to boost commerce. (Andrew Tilghman / S&S) 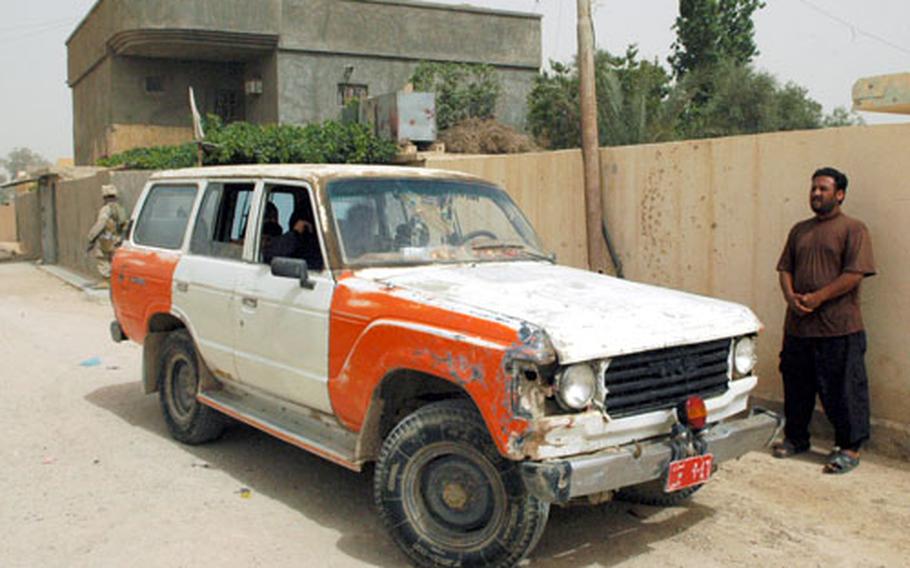 HUSAYBAH, Iraq &#8212; Adnan Habash Ibrahim, a taxi driver in this dusty border town, says the U.S. Marines&#8217; move to seal off the Syrian border last year has cut off his primary source of income.

Saleh Jedan, a 60-year-old Husaybah resident, wants the border crossing to open so he can visit a Syrian hospital, and he points to his injured foot that requires a brace and orthopedic boot.

But Daha Ismael Latif, a local sheik, fears an open border will invite foreign fighters from Syria to return and resume the chaos that reigned before the Marines shut down the border crossing and swept though the former insurgent stronghold in a massive operation last fall.

The U.S. Marines are conducting a similar debate, one that must consider security not just in this far-flung border town of 50,000 but that of the entire Euphrates Valley and one that will affect cities as far east as Ramadi, Fallujah and Baghdad.

Closing the border crossing six months ago was an effort to cut off the &#8220;rat lines&#8221; along which U.S. troops say insurgents smuggled weapons and suicide bombers from Syria into the population centers of central Iraq. The effort was widely considered a success, as the cities closest to the border have stabilized and large-scale attacks further east along the river have fallen off in recent months.

Wonson was visiting the border region last week to assess whether to reopen the border.

Marines here say the region is ready for an open border. Attacks in the Al Qaim region have dropped dramatically, and local government is getting on its feet.

Marano suggested opening the border with significant limitations &#8212; for example, only commercial goods could cross, not vehicles or military-aged men. If done effectively, the benefits would far outweigh the costs.

Another factor in the border opening is the readiness of the Iraqi Border Patrol, a nascent division of the Iraqi Ministry of the Interior. While the border patrol is operating at several other crossings south of here along the Syrian and Jordanian borders, the security forces remain immature and the Husaybah border, with its relatively large traffic and strategic significance, may serve as a test for the fledgling border guards.

The Marines are confronting a classic conundrum of counterinsurgency: Easing restrictions would be good for the economy and in turn perpetuate the area&#8217;s improved security. But if the same move jeopardizes security, it will inevitably harm the local economy, frustrating local leaders and causing more harm than good.