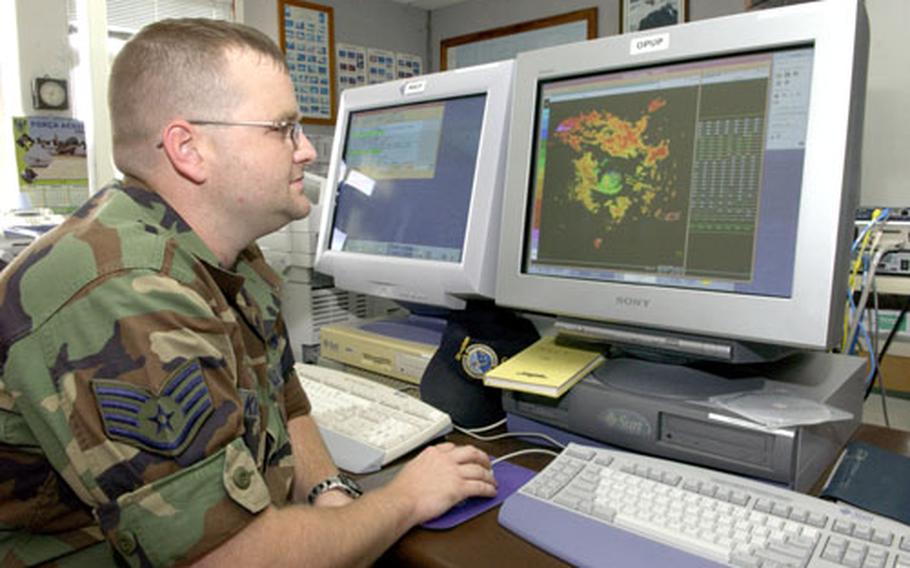 The storm weakened and changed its predicted path, sparing the U.S. Air Force base and the Portuguese island chain any major damage.

It was a relief for the 2,300 Americans stationed on the Atlantic island of Terceira.

The National Hurricane Center in Miami downgraded Gordon to a tropical storm early Wednesday as winds dropped to 60 mph.

Between 3 and 4 a.m. local time, Gordon passed through the Azores 50 miles south of Terceira, according to an Air Force weather forecaster at the base. By 2 p.m. Central European Time, the storm was 130 miles east of the island of Sao Miguel in the eastern Azores, the center reported.

The storm was moving east at 35 mph and expected to make a gradual turn toward the east-northeast, according to a public advisory.

Outer bands of the storm brought overcast skies and rain to Lajes on Wednesday, but the air base&#8217;s flight line was open for business.

Commanders had let airmen leave work early on the eve of the storm to prepare their homes. Flight operations at the base were suspended prior to the storm so planes passing through didn&#8217;t get stuck in the storm if it made landfall, Weir said.

Forecasters had expected Gordon to pack winds between 55 and 70 mph. But the storm delivered conditions just shy of a typical winter day, which frequently has strong winds.

The base, which has no assigned aircraft, is a stopover point for military planes traveling across the Atlantic Ocean.