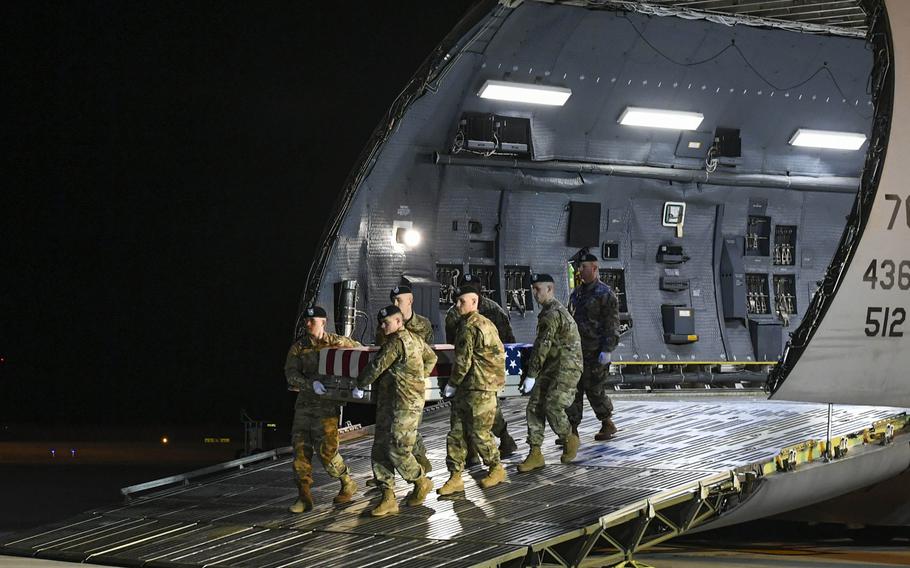 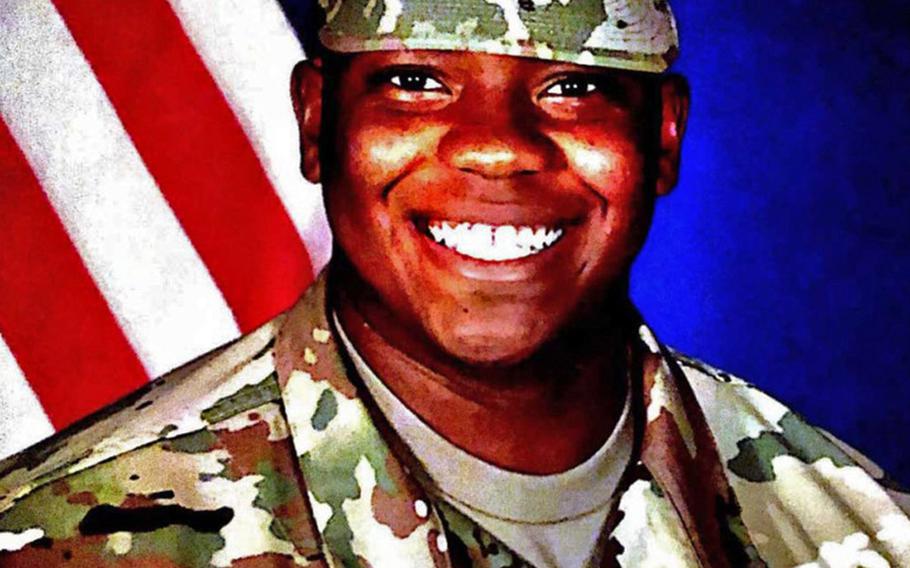 Wet weather didn’t stop hundreds of people from lining the streets of a North Carolina community to welcome home the body of Spc. Antonio Moore, about a week after the 22-year-old soldier was killed in a vehicle rollover in northeastern Syria.

Surrounded by family, the soldier’s mother draped herself over his flag-covered coffin after it was transferred at the Wilmington (N.C.) International Airport on Saturday, local newspaper photos show.

Police and local motorcycle clubs, including a chapter of the Buffalo Soldiers, led a more than 30-minute long procession that took the soldier’s remains through Wilmington, past crowds waving flags large and small, an online video taken by one of the motorcyclists shows.

The motorcade passed a bar and grill where Moore had worked as a line cook before enlisting in the Army. There, as at several spots along the route, an American flag hung from a fire truck’s raised ladders.

Moore served in a youth program with the local fire department during his high school years, his obituary said. Passing his alma mater, John T. Hoggard High School, the motorcade went under a huge flag held aloft by a crane.

A family statement thanked the community for a “continuous outpouring of love” after an obituary had asked loved ones to share condolences on a funeral home website.

“Tony was larger than life, full of love and proud to serve this country,” the family statement said. “We take comfort in knowing that he was doing what he loved along with the stories and pictures that have been shared from all those that knew and loved him.”

A memorial fund was set up in his honor, with proceeds to benefit the Hoggard high school football team he played for.

“Our players will know who he was, what he stood for, and learn the true meaning of what a hero is,” wrote coach Adam Purzitza on Twitter.

A member of the Knightdale, N.C.-based 363rd Engineer Battalion, 411th Engineer Brigade, Moore was deployed as part of the U.S.-led coalition battling the Islamic State group in Iraq and Syria.

The fatal incident occurred while the Army Reserve combat engineer was conducting route clearance operations in Deir al-Zour province, one of several areas where some 500 U.S. troops assist Kurdish-led forces in preventing the terrorist group’s resurgence and protecting oil infrastructure.

Moore was on his first deployment since joining the Army in 2017. Born in Brooklyn, N.Y., he is survived by his parents William Bernard and Crystal Eunice Felder Verreen, three brothers, a sister, a paternal grandmother and both maternal grandparents, his obituary said.

The young soldier’s death — the first U.S. military fatality in Syria since a noncombat death in May — was announced shortly before a helicopter crash killed former Los Angeles Lakers star Kobe Bryant, his 13-year-old daughter and seven others.

Some in the military social media community called extra attention to Moore’s death in an effort to keep it from being forgotten, amid the outpouring of support for Bryant.

A visitation at the funeral home was scheduled for Monday evening. A funeral service was slated for noon Tuesday at Union Missionary Baptist Church, followed by burial with full military honors at Greenlawn Memorial Park, the family said.

Gov. Roy Cooper ordered all flags on state property to remain at half-staff until after the funeral.