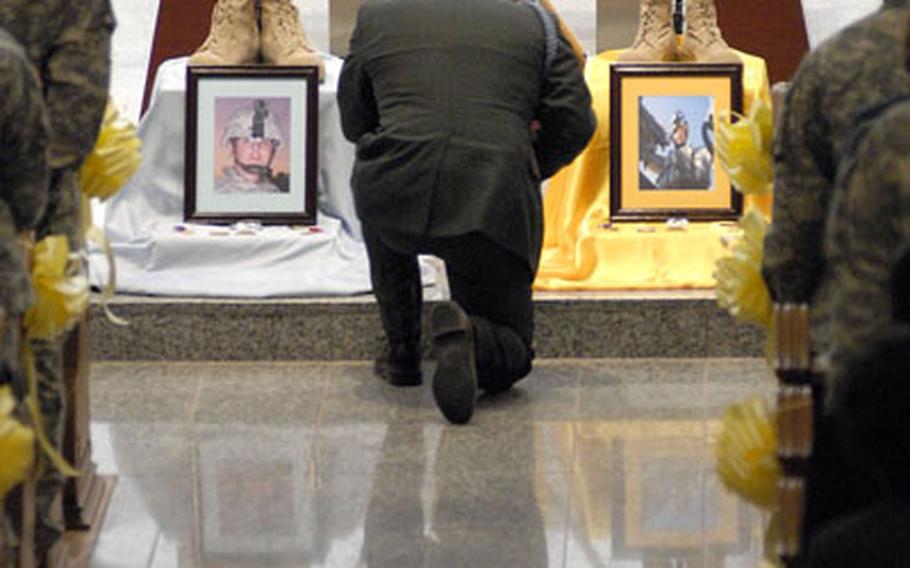 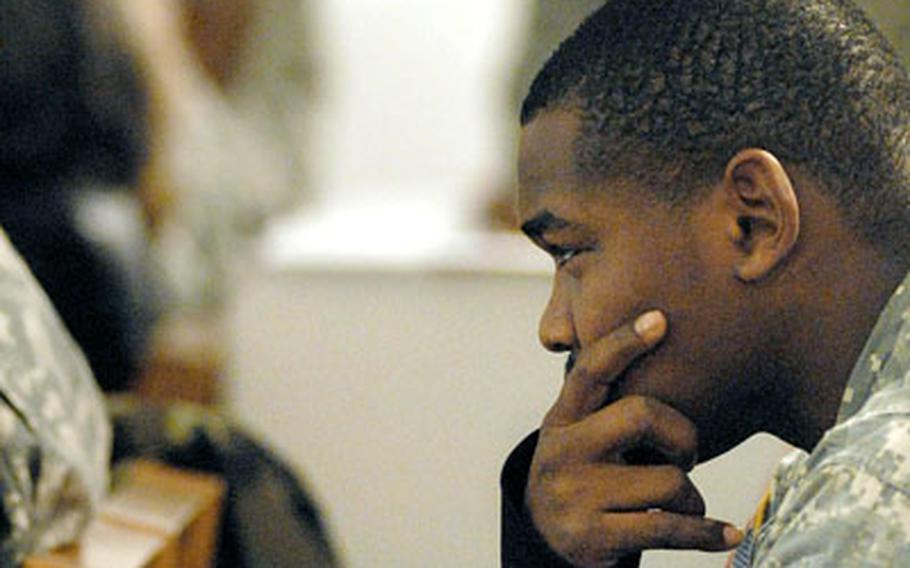 A soldier reflects on the loss of Maj. David Taylor and Spc. Carl Eason during the memorial ceremony at Baumholder. (Ben Bloker / S&S) 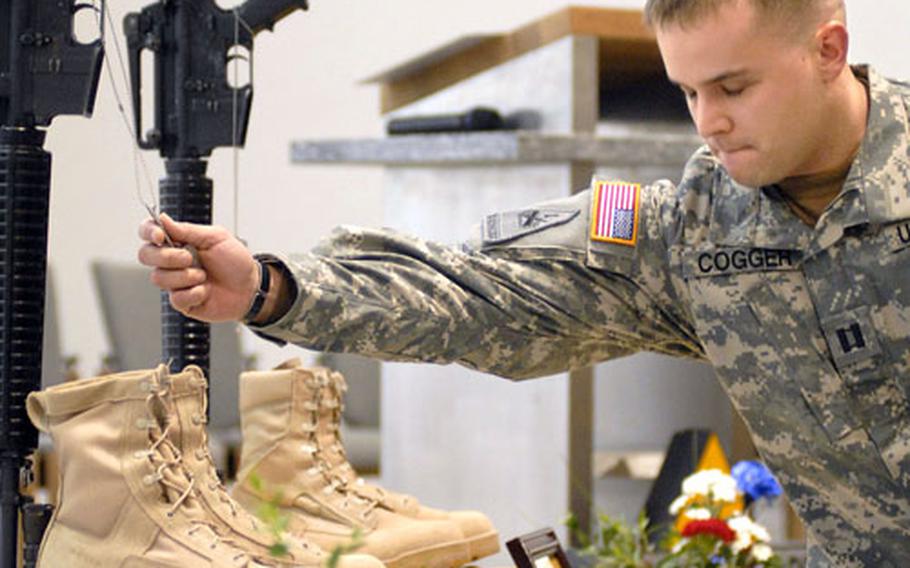 Capt. Charles Cogger reflects on the loss of soldiers Maj. David Taylor and Spc. Carl Eason at the end of a memorial ceremony held in Baumholder, Germany, on Wednesday. (Ben Bloker / S&S)

BAUMHOLDER, Germany &#8212; Friends, colleagues and family members mourned the loss of two 1st Armored Division soldiers killed in Iraq during a well-attended and somber service in Baumholder on Wednesday.

More than 400 people &#8212; many of them uniformed &#8212; packed Baumholder&#8217;s Good Samaritan Chapel to mourn the loss of Spc. Carl Eason and Maj. David Taylor, Baumholder-based soldiers who were killed by roadside bombs within a day of each other in Baghdad in late October.

Taylor was the highest-ranking member of the Germany-based division to die in Iraq.

Both men were native Texans. Eason was from Lovelady, a small community between Houston and Dallas, and Taylor was born in Texas. According to the Department of Defense, he lived in North Carolina.

Both soldiers left behind a wife and a son. They each were awarded the Bronze Star and Purple Heart medals after death. Eason was also awarded a Combat Action Badge, and Taylor received a Combat Infantryman Badge.

Taylor&#8217;s younger brother, John Taylor, spoke fondly of him during the ceremony.

&#8220;Every person always had their special David stories to tell,&#8221; John Taylor said. &#8220;David was a big brother to me, a wonderful son to my parents, a loving husband to the love of his life, Michelle, and David loved his surviving son Jacob with all of his heart ... He was, very simply, a good, decent man."