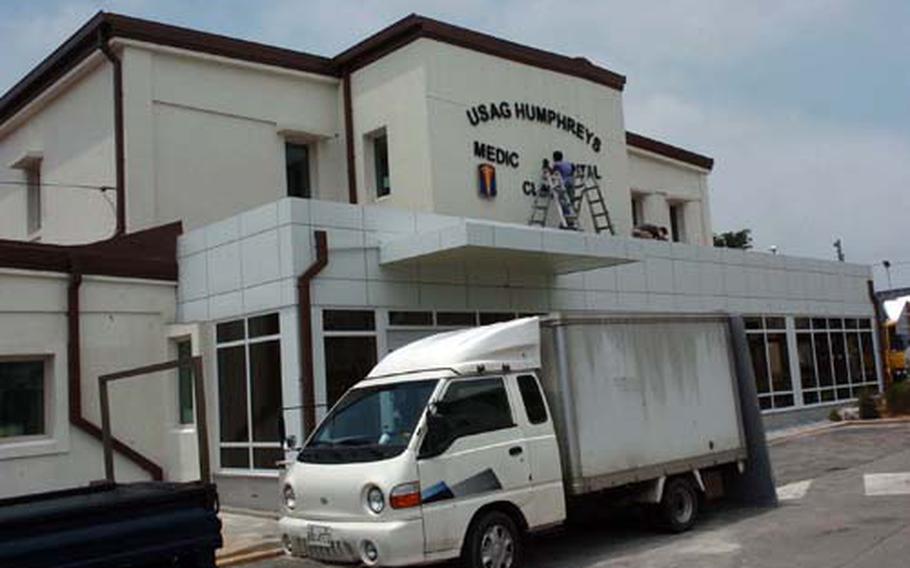 More space for serving patients and a brand new interior are part of a $3 million renovation that began in December and wrapped up Wednesday at the Camp Humphreys, South Korea, medical clinic. (Lori Yerdon / Courtesy of the U.S. Army)

The $3 million overhaul at Building 555 means the clinic now has the space to handle a base population of up to 20,000.

"It was done with the future in mind," said Robert H. McElroy, spokesman for the U.S. Army Garrison-Humphreys.

Camp Humphreys&#8217; population currently stands at about 10,000 but is expected to grow in coming years as part of a $13 billion expansion that will triple the post in size and make it the U.S. military&#8217;s chief installation in South Korea.

Renovation to the clinic began in December while services continued, McElroy said.

It has functioned as a medical clinic for at least a decade but in earlier years was a stockade.

By gutting the first floor and overhauling a former ambulance bay, workers created 3,500 square feet of new space, he said.

Part of that new space was used to enlarge the patient waiting area and after-hours clinic, McElroy said.

Another portion went toward adding 15 new doctor&#8217;s offices that can also be used as examination rooms, he said. That brings to 45 the number of such offices.

Workers also put in new walls and installed energy-efficient lighting and an air conditioning system. A formal opening ceremony is set for Friday.