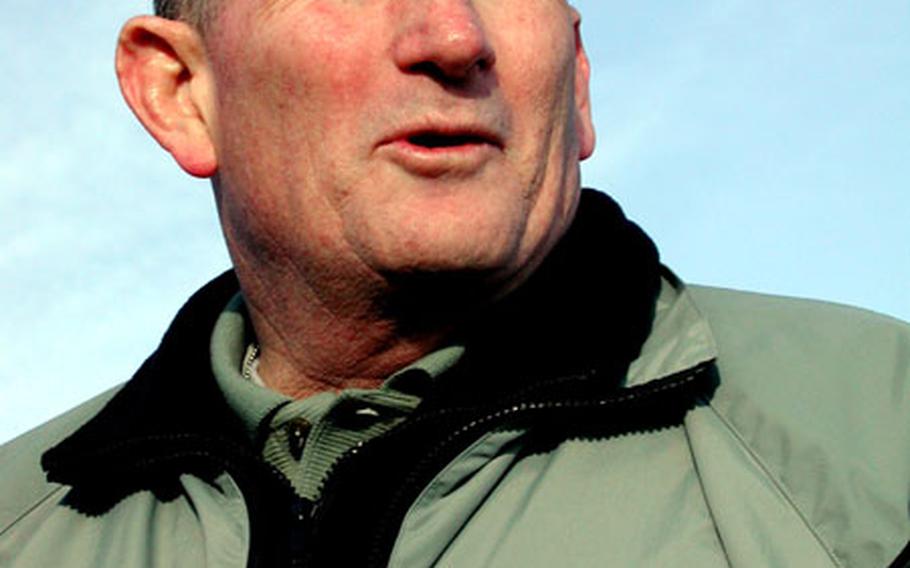 ARLINGTON, Va. &#8212; The Army&#8217;s new chief of staff, Gen. Peter J. Schoomaker, laid out his plans for the Army now under his command for the first time Tuesday, outlining a force that must fight a war with no defined ending at the same time it is modernizing for future combat.

Speaking during the Association of U.S. Army&#8217;s annual Dwight D. Eisenhower luncheon, Schoomaker indicated that he intends to move away from former chief Gen. Eric Shinseki&#8217;s almost single-minded focus on technology as the engine of Army &#8220;transformation,&#8221; as service officials call the plan to modernize the force.

Even as the Army focuses on its people and the missions they are doing today, however, the service cannot afford to ignore the need to modernize for tomorrow, Schoomaker said.

The challenge, he said, is to accomplish both tasks simultaneously.

&#8220;We must continue to simultaneously press ahead with both our transformation efforts on a broad scale and our operational commitments,&#8221; he said.

The Army community has taken a keen interest in Schoomaker&#8217;s future plans for the service ever since Defense Secretary Donald Rumsfeld bypassed every general officer in the service&#8217;s current ranks in his hunt for Shinseki&#8217;s successor.

Instead of choosing one of the service&#8217;s senior leaders, Rumsfeld turned to Schoomaker, a special operations general who retired from the Army in 2000 after his career-capping three-year stint leading the U.S. Special Operation Command at MacDill Air Force Base, Fla.

Schoomaker took his post on Aug. 1, but has spent barely a day in his Pentagon offices since that time. Instead, he and his staff have traveled to the Middle East, Asia, and the Pacific Rim, where they focused on familiarizing themselves with the state of the deployed Army.

The Army chief&#8217;s Tuesday speech, delivered in his trademark thick southern accent, was peppered with praise for the troops he has met on the road, including a remark that today&#8217;s soldiers &#8220;have a level of [real-world] experience we haven&#8217;t seen in a long time.&#8221;

But Schoomaker also emphasized that the operations tempo the U.S. Army now faces, with deployments in more than 100 countries, is not going to end in the foreseeable future.

As difficult as multiple deployments may be for soldiers, they should expect no respite in a post-Sept. 11 environment, Schoomaker said.

As part of his emphasis on &#8220;Soldiers, with a capital &#8216;S,&#8217;&#8221; Schoomaker said he intends to accelerate unit manning, or the practice of keeping soldiers together in a single unit for fixed periods of time, rather than moving them in and out separately using today&#8217;s individual replacement system.

Critics complain that individual management &#8212; which can result in soldiers changing units as often as every 18 months &#8212; is disruptive and counter to unit cohesiveness and morale.

Keeping soldiers together as a group through a several-year cycle of training, certification, and deployments would not only make units more capable in combat, but also make Army life more predictable for families, unit manning advocates say.

Other major programs mentioned by Schoomaker as priorities include the Army&#8217;s effort to change the balance between active and reserve forces, improve its installations, and make its training centers more attuned to real-life operational environments, including more of an emphasis on inter-service and coalition operations.