How one veteran’s struggle to adjust to life after the Army led to the birth of ‘Shazam!’ The cover of the first issue of ''Captain Billy's Whiz Bang'' from October 1919. (Wikipedia/Public Domain)

The cover of the first issue of ''Captain Billy's Whiz Bang'' from October 1919. (Wikipedia/Public Domain) 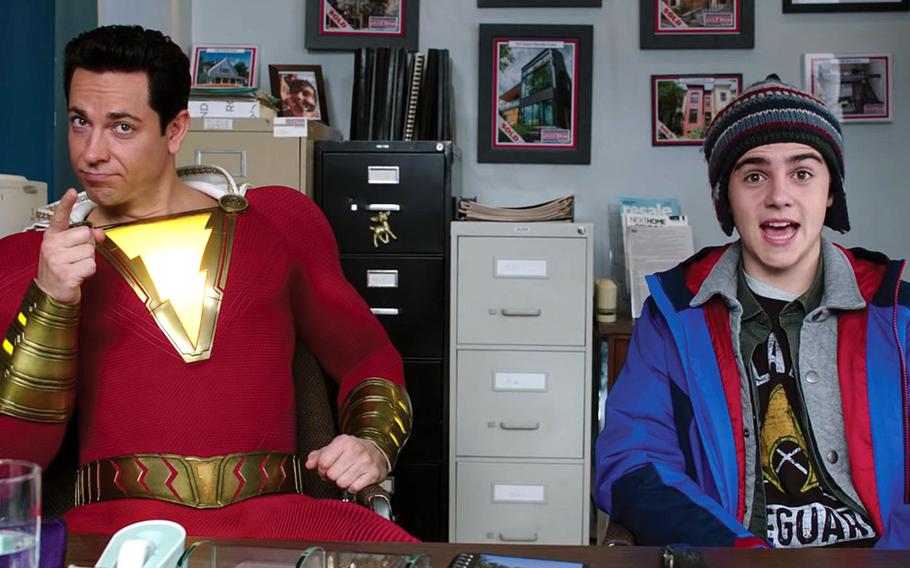 The hit Warner Bros. superhero film “Shazam!” is based on a character whose origins begin with an Army veteran’s little-known struggle a century ago to adjust to life after war.

The world’s mightiest mortal — a character so much like Superman that his only real weakness was copyright law — was introduced by Fawcett Publications as Captain Marvel, the alter ego of kid reporter Billy Batson, in a comic published from 1940 to 1953.

But before the fictional captain, there was Captain Billy, a real-life former soldier and newspaper reporter whose racy, pocket-sized humor magazine for World War I veterans shocked 1920s America and launched a publishing empire spanning magazines, comics and paperbacks.

One of his sons, who inherited the business, took credit for creating the comic book hero, who may have been a subtle homage to the Depression-era publishing magnate.

Born Wilford Hamilton Fawcett, Captain Billy would go from a struggling veteran to “one of Minneapolis’ lustiest characters” after WWI, remembered as “an adventurer [who] packed a lifetime of thrills into his 57 years,” the Minneapolis Tribune would say in a 1940 obituary, though he wasn’t quite 55 when he died.

Some elements of Fawcett’s early life story appear to have been embellished over the years, said Britt Aamodt, who researched him for her book “Superheroes, Strip Artists, & Talking Animals: Minnesota’s Contemporary Cartoonists.” Like other notable men of his day, he could spin a good tale.

A military veteran herself, Aamodt was drawn to Fawcett’s story partly by his efforts to adjust to civilian life after the military — twice. He served as a teenager in the early 1900s and again in his 30s during WWI.

“He’s one of those people that defined the rest of his life by, really, the few short years that he was in the military,” said Aamodt, who faced a similar transition after serving four years as a linguist in the Air Force. “That gave him an identity.”

Raised in North Dakota around the turn of the last century, he ran away from home at 16 to join the Army in 1902 and was shipped off to the Philippines during an insurrection there.

He was later wounded and sent home — some accounts say he was shot, but a colorful biography by the Robbinsdale Historical Society in the Minneapolis suburb where he once lived says “the kris blade of a Moro tribesman tore through his leg.”

Back home, he started a family and worked for a time as a reporter.

“He was one of these people who had grand ambitions, but his life wasn’t living up to them yet,” Aamodt said.

He joined the Army again after the United States entered WWI, serving as a marksmanship instructor in Virginia, where he claimed to have earned the nickname “Captain Billy” after rising through the ranks. He seemed to like military life, Aamodt said, and when he returned home to Minnesota after the war he briefly ran a nightclub for soldiers and sailors, then a roadhouse. But he had “terrible, terrible timing,” Aamodt said, as Prohibition was about to go into effect.

His fortunes would soon change. Inspired by Stars and Stripes, in late 1919 he began publishing a monthly book full of lewd stories and jokes he had collected during his time in the service, naming it “Captain Billy’s Whiz Bang,” after a slang term for an artillery shell, and initially aiming to entertain WWI soldiers recuperating in hospitals.

“Penniless, [Fawcett] struggled through several months of publishing a few copies,” the Minneapolis Tribune reported in its obituary, but circulation boomed to 350,000 soon after he began selling it on hotel newsstands and through newsboys on trains.

Soon, shopkeepers could hardly keep the magazine on the shelves, and Captain Billy began rubbing elbows with stars in Hollywood and back home near Brainerd, Minn., where he built a resort known as Breezy Point, which attracted celebrities and dignitaries.

An amateur pilot and sportsman, he traveled the world, hunting big game on several continents and captaining the U.S. trapshooting team at the 1924 Olympics in Paris, where it won gold. While in Beijing on a world tour in 1928, he was greeted by U.S. Marines and soldiers, who came out to welcome “Capt. Whiz Bang,” his wife wrote in a letter at the time.

While he was getting rich, he was also helping change societal norms. Some officials had tried to ban the joke book as obscene, but a column in the Decatur (Illinois) Herald in early 1940 credited Fawcett with reshaping the moral standards of his generation by breaking down Victorian era taboos.

Though “pretty innocent” or even hokey by today’s standards, Aamodt said, the magazine’s treatment of the culture WWI doughboys were returning home to — Prohibition, speakeasies, flapper girls and shortened skirts — struck a chord with veterans and the wider public.

His business launched dozens of other titles, but declining sales of “Whiz Bang” forced Fawcett to cancel it in 1936. Still, 20 years later its scandalous reputation earned it a mention as a sign of trouble in small town America in the Broadway musical “Music Man.”

After Superman appeared on the pages of Action Comics in 1938, one of Fawcett’s sons charged an editor with creating a Man of Steel knockoff, but with the secret identity of a pre-teen kid. They named the kid Billy and his alter ego Captain Marvel.

The superhero with a lightning bolt on his chest first appeared in “Whiz Comics” in February 1940. But Fawcett would not live to see him outsell Superman and become the first superhero in a serialized film — he died of a heart attack in Hollywood that same month.

Captain Marvel – who later became known as Shazam — may have been subtle nod to Fawcett, wrote Zorikh Lequidre, author of a 2003 online history of the character, who DC Comics would eventually reintroduce in the 1970s.

“He was kind of like a superhero,” Aamodt said of Fawcett.