How much would you pay for beer to save the earth? 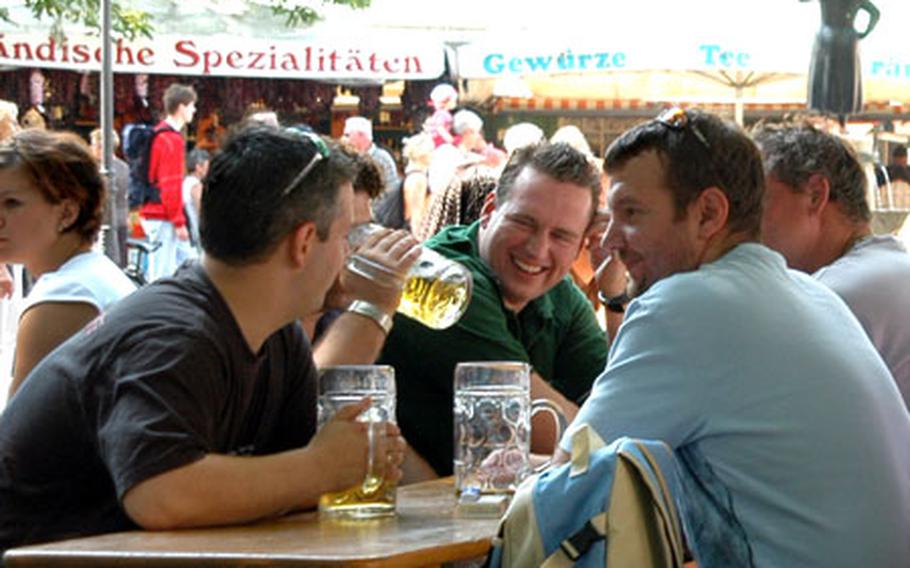 The price of beer, like these being enjoyed at the Viktualienmarkt in Munich, might go up, because rape seed crops -- used to make biofuels -- are squeezing out barley crops used for brewing beer, making the price of barley more expensive. (Michael Abrams / S&S)

The price of beer, like these being enjoyed at the Viktualienmarkt in Munich, might go up, because rape seed crops -- used to make biofuels -- are squeezing out barley crops used for brewing beer, making the price of barley more expensive. (Michael Abrams / S&S) 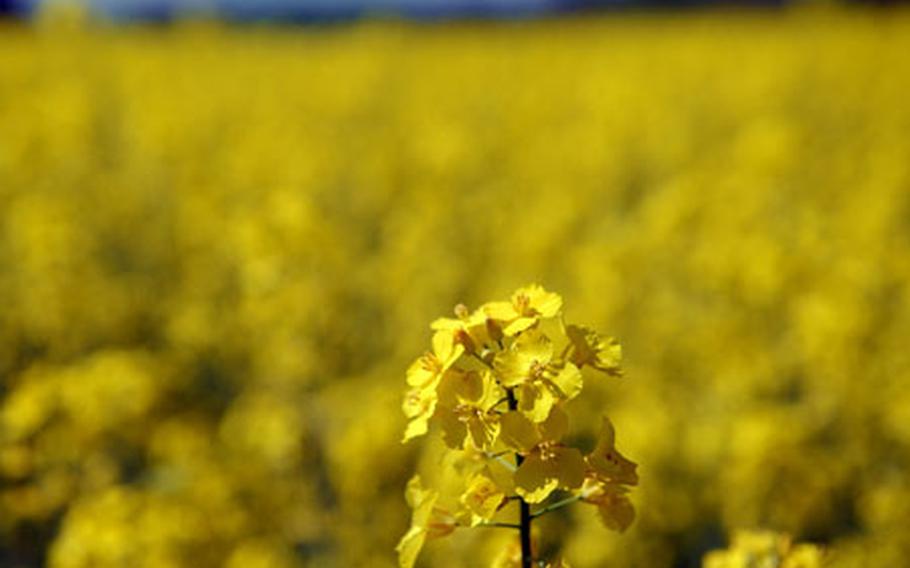 German brewers say they might have to start charging more for beer because rape seed crops, like these in a field near Darmstadt, and used to make biofuels, is putting the squeeze on barley crops. (Michael Abrams / S&S)

Saving the world, one beer at a time.

As more and more German farmland is used to grow ingredients for biofuels instead of beer &#8212; increasing prices on beer ingredients &#8212; brewers might have to begin raising prices in the coming months.

&#8220;Many brewers have no choice but to raise their prices. They decided not to pass on [to consumers] the three percentage point rise in value-added tax that came into force in Germany on Jan. 1, but in this case they have no alternative,&#8221; said Kai Schuerholt, a spokesman for the German brewers&#8217; association, as quoted in a Monday Agence France-Presse news service article.

Compared with many other European nations, beer in Germany is relatively inexpensive, but, according to AFP, the prices of barley &#8212; an essential ingredient in brewing &#8212; throughout the country have doubled from 200 to 400 euros per ton in the past year. Also, land for growing barley is receding about five percent per year.

Last year, Germany&#8217;s 82 million-strong population drank 111.6 liters of beer per head. That&#8217;s the equivalent of every man, woman and child drinking 0.31 liters of beer every day, according to figures given Friday to AFP.

While two larger breweries told the agency that their prices likely were to rise slightly soon, Stars and Stripes spoke to two smaller ones in the Darmstadt area, which both stated that prices were raised last year and no increases were on the horizon.

Take Tyler McCord of the 54th Engineer Battalion. The sergeant, who has spent all six years of his career in Bamberg, quaffs at least 20 bottles of German beer every weekend.

The possibility of rising beer prices is just another reason to be glad he&#8217;s moving back to the States in a couple of months, McCord said.

&#8220;It&#8217;s irresponsible not to look for other sources of fuel, regardless if it raises beer prices or not,&#8221; said Spc. Kenny McAnally, who has also spent his entire enlistment &#8212; three years &#8212; in Bamberg and drinks roughly one-third of the beer McCord does.

Spc. Andrew Gohn, of Hohenfels, Germany&#8217;s 554th Military Police Company, also believes the environment should come first. He said actually having a place to drink his one or two weekly German beers should take precedence over the brew itself.