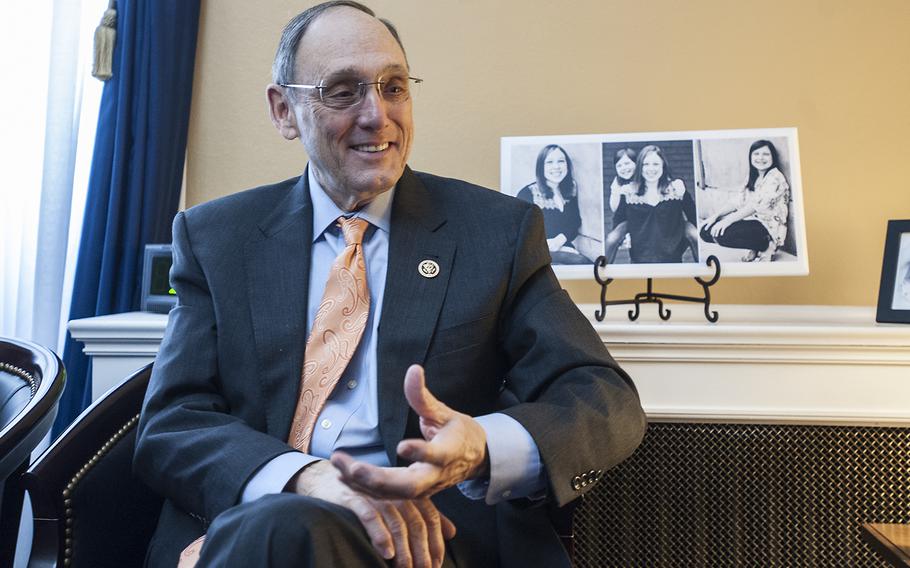 Rep. Phil Roe, R-Tenn., speaks about his role as the newly designated chairman of the House Committee on Veterans' Affiairs in his office on Capitol Hill in Washington, D.C., on Thursday, Jan. 12, 2017. (Carlos Bongioanni/Stars and Stripes)

WASHINGTON — Rep. Phil Roe, a Republican from Tennessee and chairman of the House Committee on Veterans’ Affairs, was diagnosed with early-stage prostate cancer, according to a statement issued Tuesday from his office.

The diagnosis came during a routine physical examination. Roe, 72, will receive treatment in Tennessee during the monthlong summer recess in August.

“The prognosis is excellent, and treatment is not expected to interfere with his scheduled legislative duties,” the statement reads.

Under Roe’s leadership the past six months, the House has passed major veterans legislation, including a bill enabling the Department of Veterans Affairs secretary to fire and hire employees, which President Donald Trump signed into law with fanfare in June. On Monday, the House unanimously passed quick-moving legislation that Roe sponsored to expand veterans’ education benefits.

Roe’s three offices, two in Tennessee and one in Washington, D.C., will remain open as usual, according to the statement. His office said it would provide an update after his treatment.