House set to weigh in on drafting women 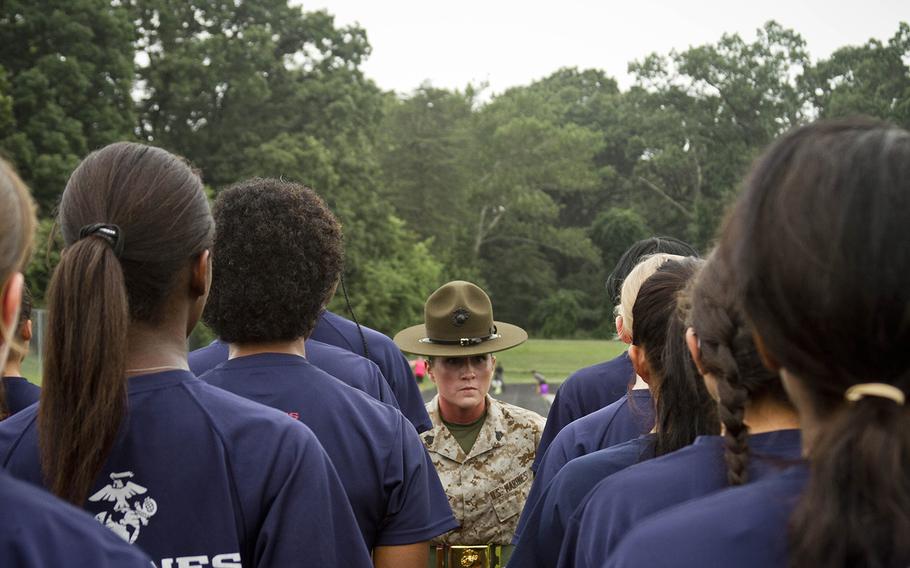 WASHINGTON — The House may weigh in next week on whether women must register for the military draft.

A Texas congressman is challenging a proposal by a House committee that requires women 18-26 years old to register with the currently all-male Selective Service. The draft expansion passed in April by the House Armed Services Committee is now part of the annual National Defense Authorization Act policy bill.

Legislation sponsored by Rep. Pete Sessions, a Republican, strikes the committee’s Selective Service changes from the NDAA and is among the very first proposed amendments to be filed Monday as the House gears up for debate and passage of the massive bill next week.

A series of political skirmishes over the draft appear headed for a decisive battle during the House vote on the NDAA. The Senate is expected to debate the draft and its version of the defense bill this week.

Congress has been wrestling with the draft system since the military decided in December to open all combat jobs to women, all but eliminating a rationale excluding them from the Selective Service.

The United States has relied on an all-volunteer force since the end of the Vietnam War and many lawmakers see the possibility of a new draft as remote, though registered men could still be called up to fight on the front lines of future wars.

“I have the utmost respect and deepest appreciation for the young women who bravely volunteer to serve our country, but I am adamantly opposed to expanding the draft and coercing America’s daughters to fight on the front lines,” Sessions said in a statement provided to Stars and Stripes.

The legislation has set up a showdown in the House between lawmakers who oppose forcing women to fight and others who see draft expansion as a step toward female equality.

Ironically, the draft expansion voted into the NDAA by the House Armed Services Committee late last month was sponsored by another Republican who opposes women participating in the draft – Rep. Duncan Hunter of California.

Hunter, a former Marine and member of the committee, had attempted to stoke opposition to the draft changes and wider combat roles for women by forcing fellow lawmakers to consider mass female casualties during a large-scale future war. An earlier bill that he sponsored called the Draft America’s Daughters Act was also designed to evoke outrage and opposition.

But other members on the Armed Services Committee came out in favor of Hunter’s legislation during debate including Rep. Jackie Speier, D-Calif., who said she would be “delighted” to vote in favor of the draft expansion because it will end discrimination toward women.

Hunter voted against his own measure. His spokesman Joe Kasper said Monday that the congressman’s intention is to force a House floor vote on the draft and he backs Sessions.

“He has communicated to Rep. Sessions that he fully supports the amendment” that strikes the draft expansion from the NDAA, Kasper said.